Wednesday, October 29th was the fateful day we visited Hobbiton. 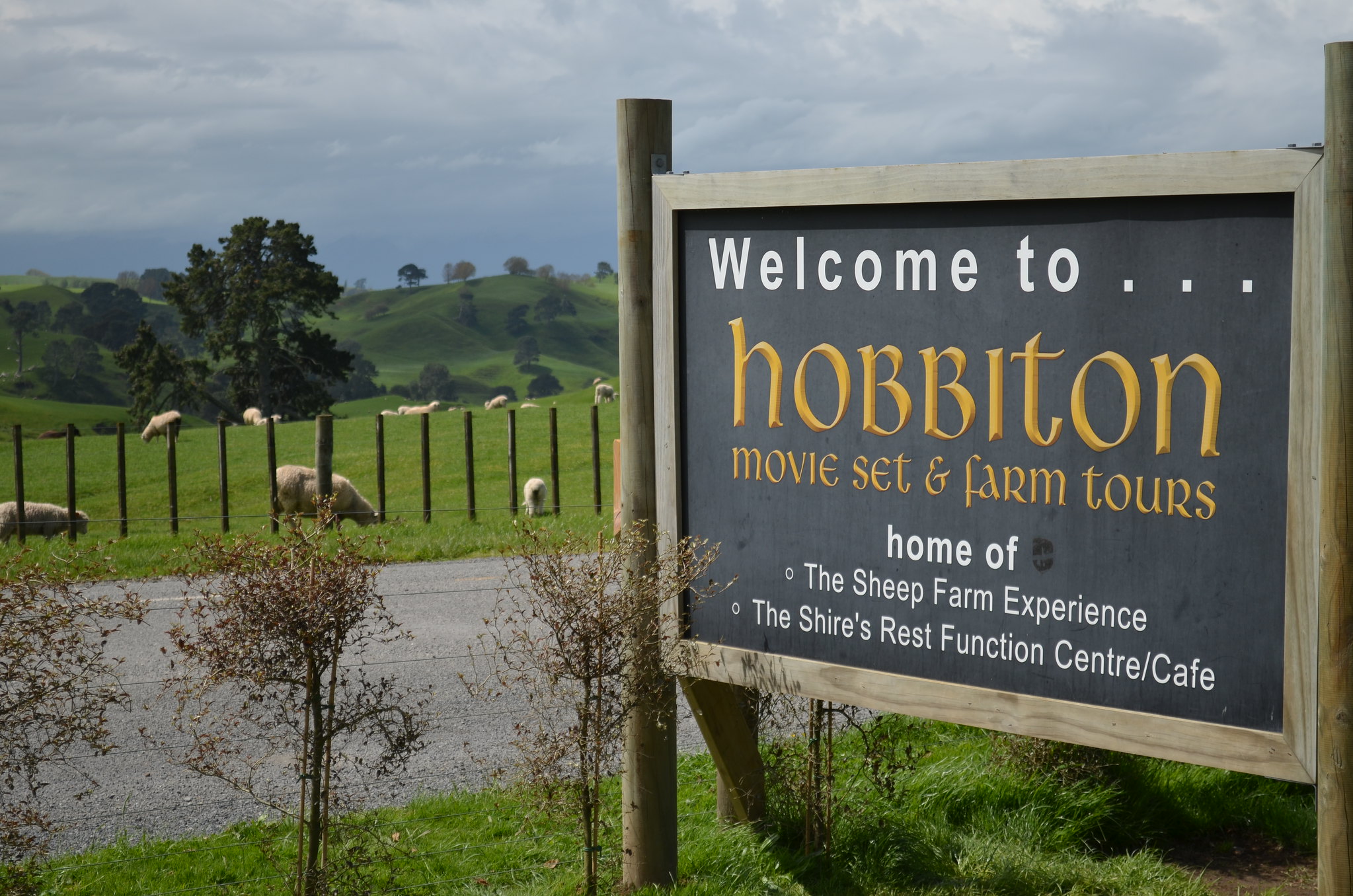 The Hobbiton movie set is located roughly equidistantly between Lake Rotorua and Mount Maunganui, so either place is a good jumping off point for a visit to The Shire (Matamata is a very small town, and I’m not sure what the accommodations are like there).

Apart from mentioning that the exorbitant $75 per person ticket cost is absolutely worth it, I thought this post should be overwhelmingly dominated by photos. The set was incredibly lifelike, nestled among the hills of a 1,250-acre sheep farm in the heart of the North Island.

And so it begins. 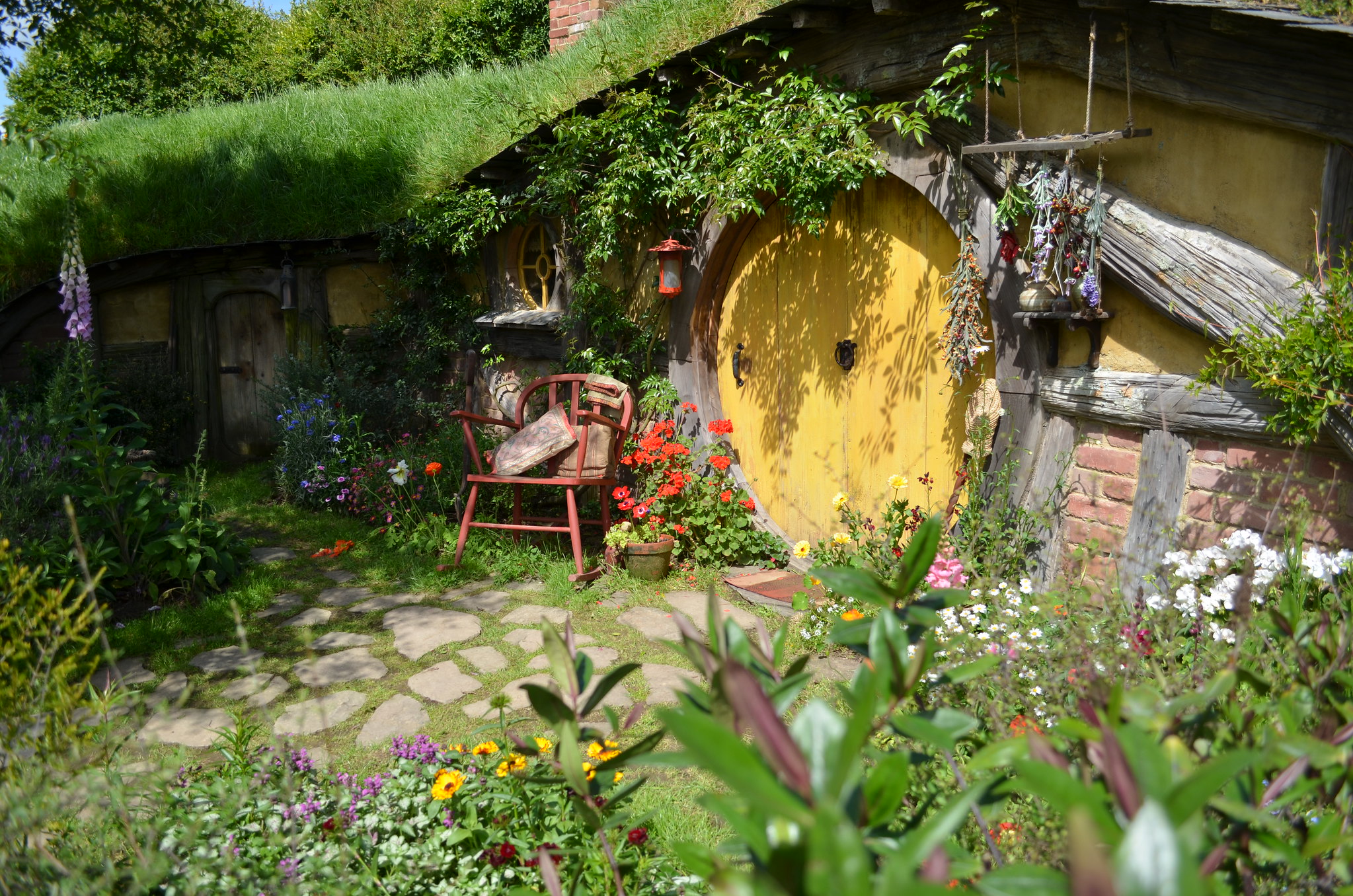 “In a hole in the ground there lived a hobbit. Not a nasty, dirty, wet hole, filled with the ends of worms and an oozy smell, nor yet a dry, bare, sandy hole with nothing in it to sit down on or to eat: it was a hobbit-hole, and that means comfort.” 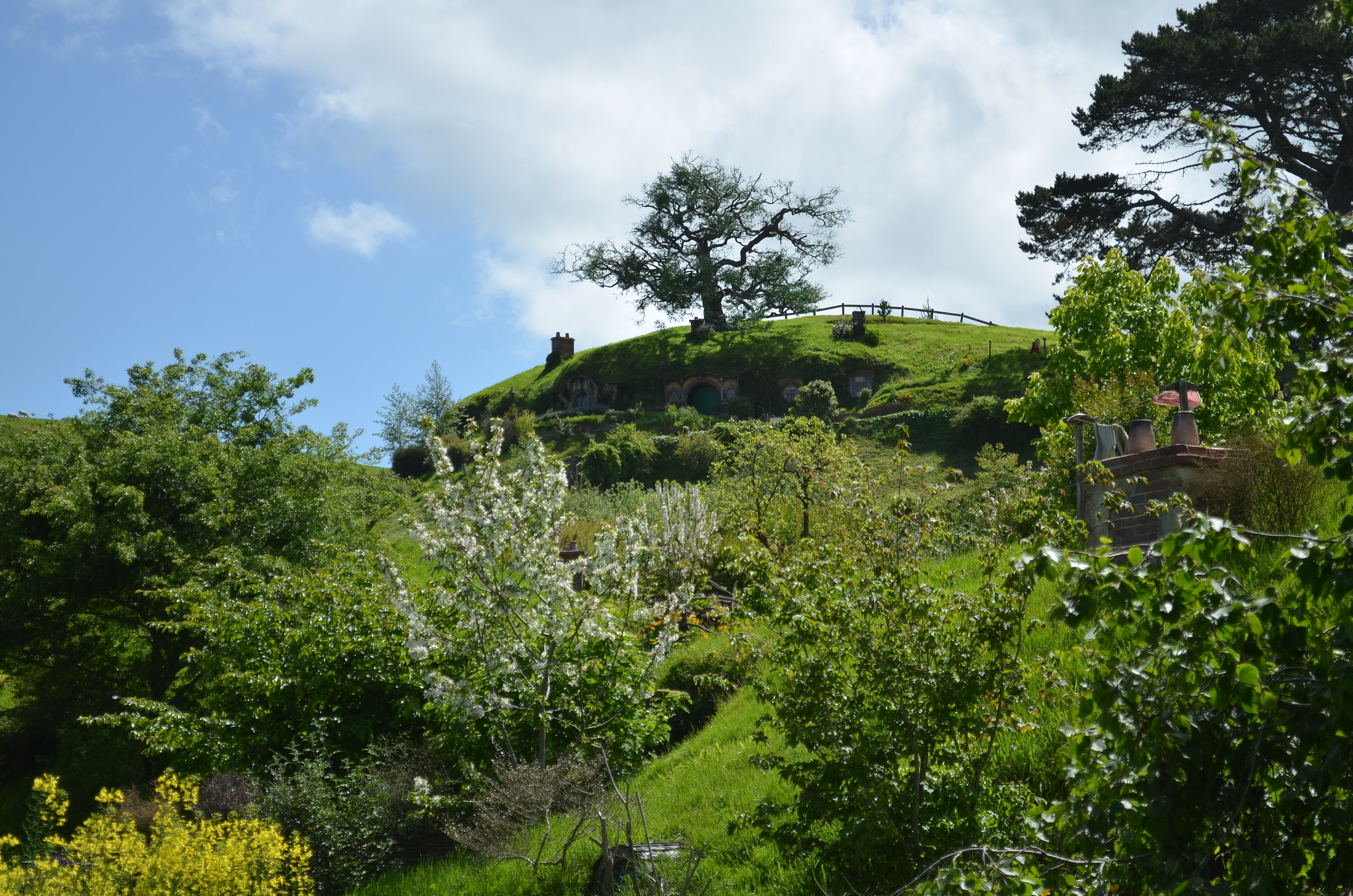 “Good Morning!” said Bilbo, and he meant it. The sun was shining, and the grass was very green.” 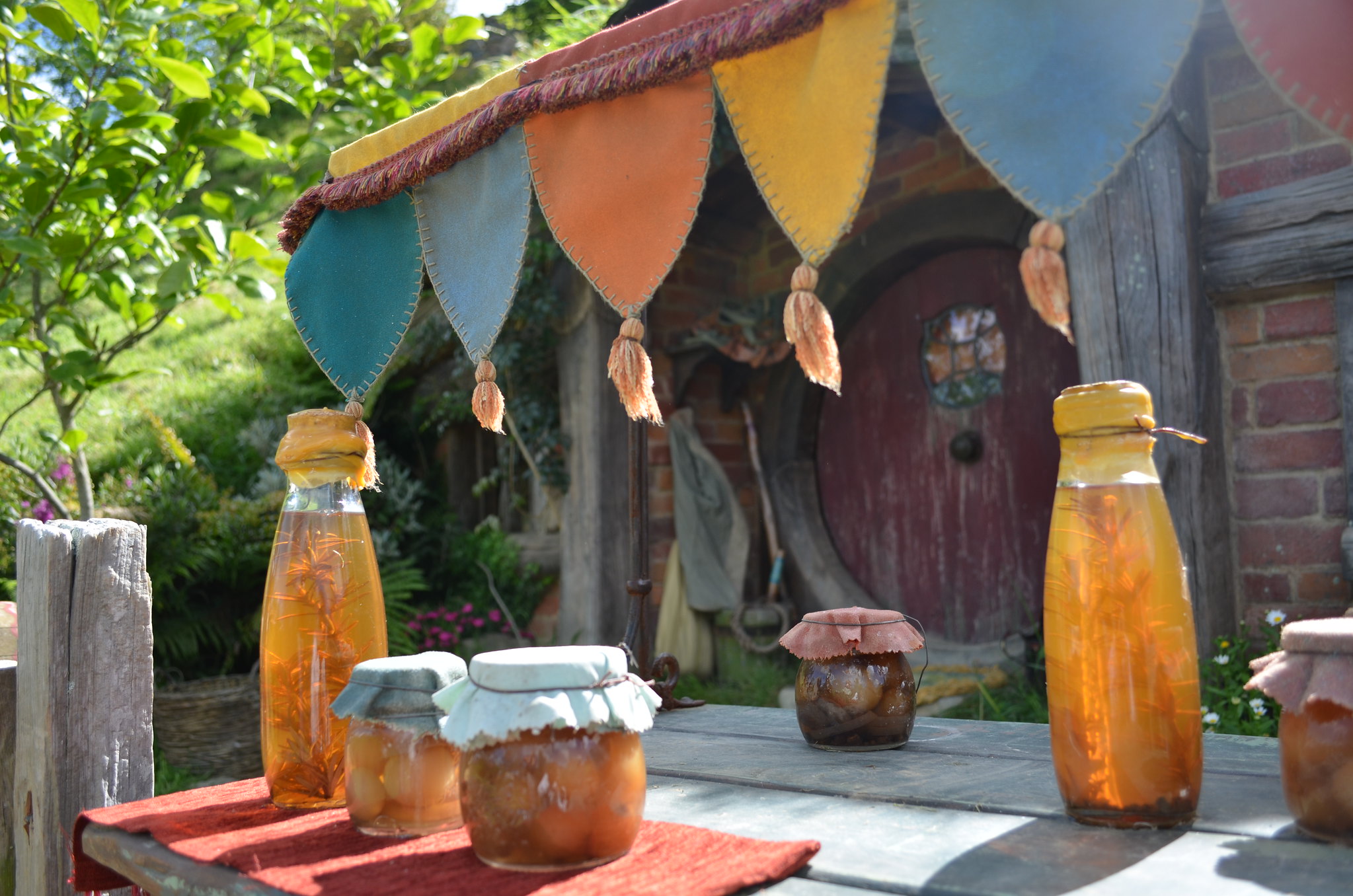 “If more of us valued food and cheer and song above hoarded gold, it would be a merrier world.” 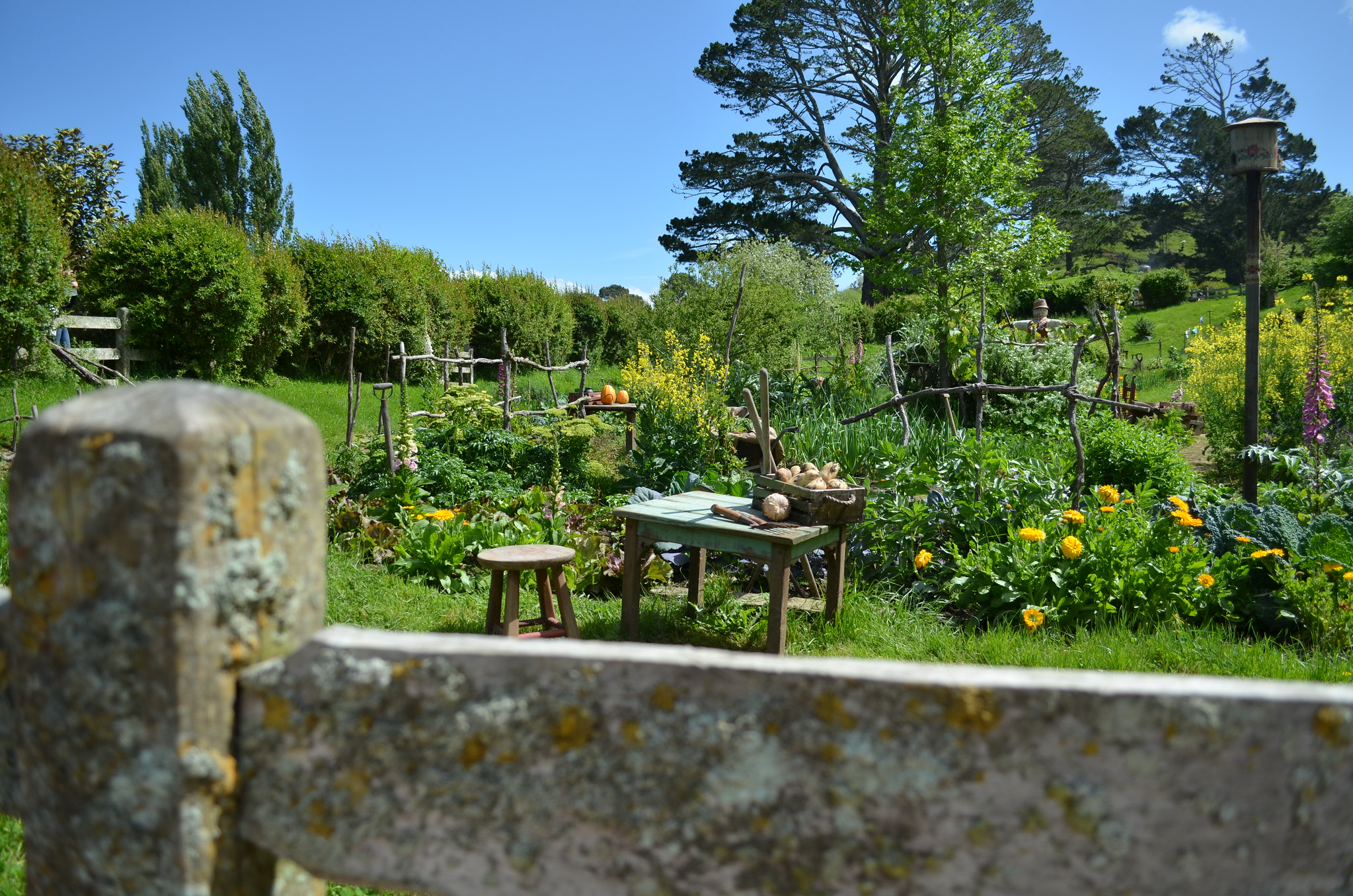 “’We are plain quiet folk and have no use for adventures. Nasty disturbing uncomfortable things! Make you late for dinner!’” 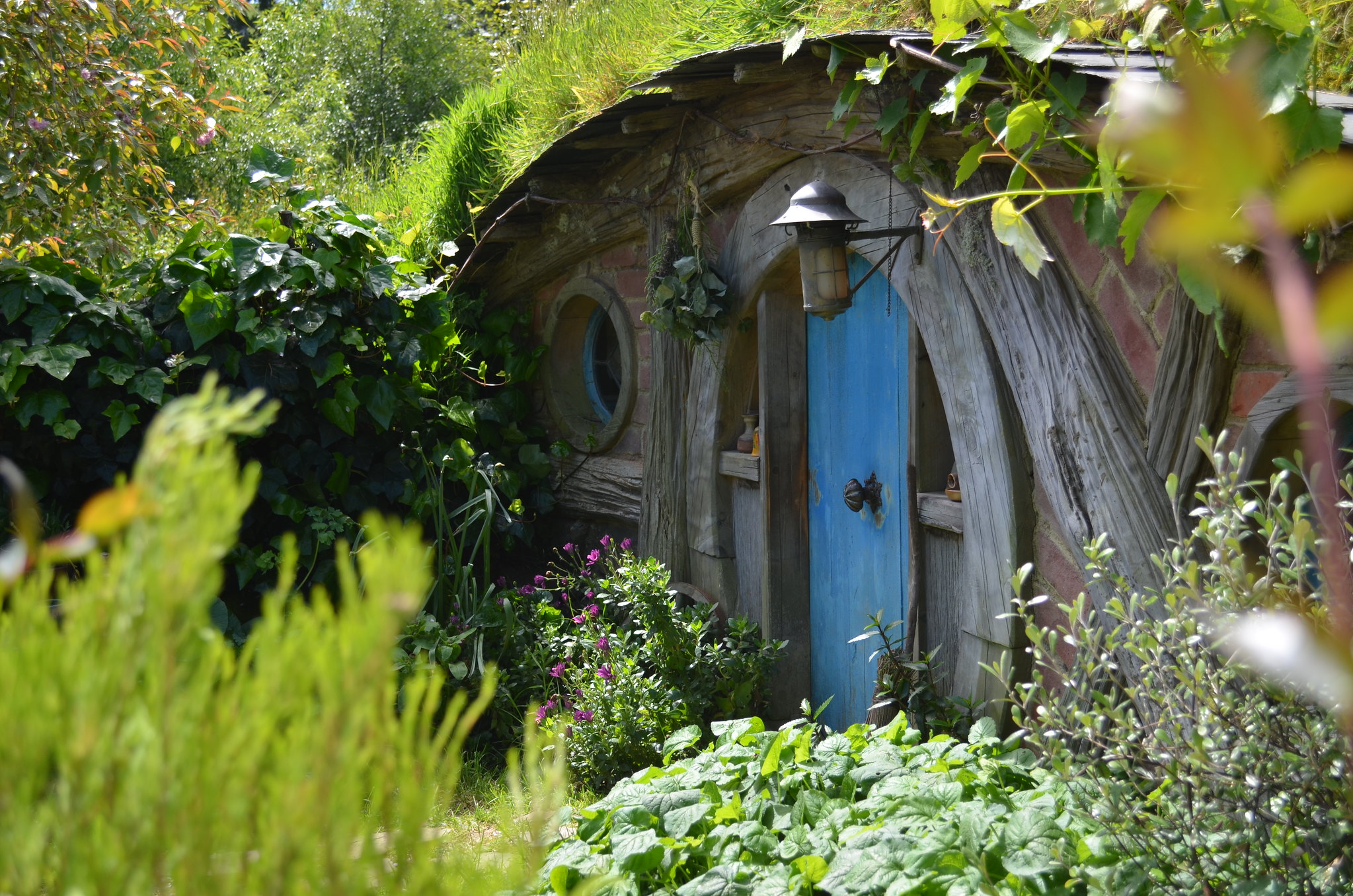 “…anything that Hobbits had no immediate use for, but were unwilling to throw away, they called a mathom. Their dwellings were apt to become rather crowded with mathoms, and many of the presents that passed from hand to hand were of that sort.” 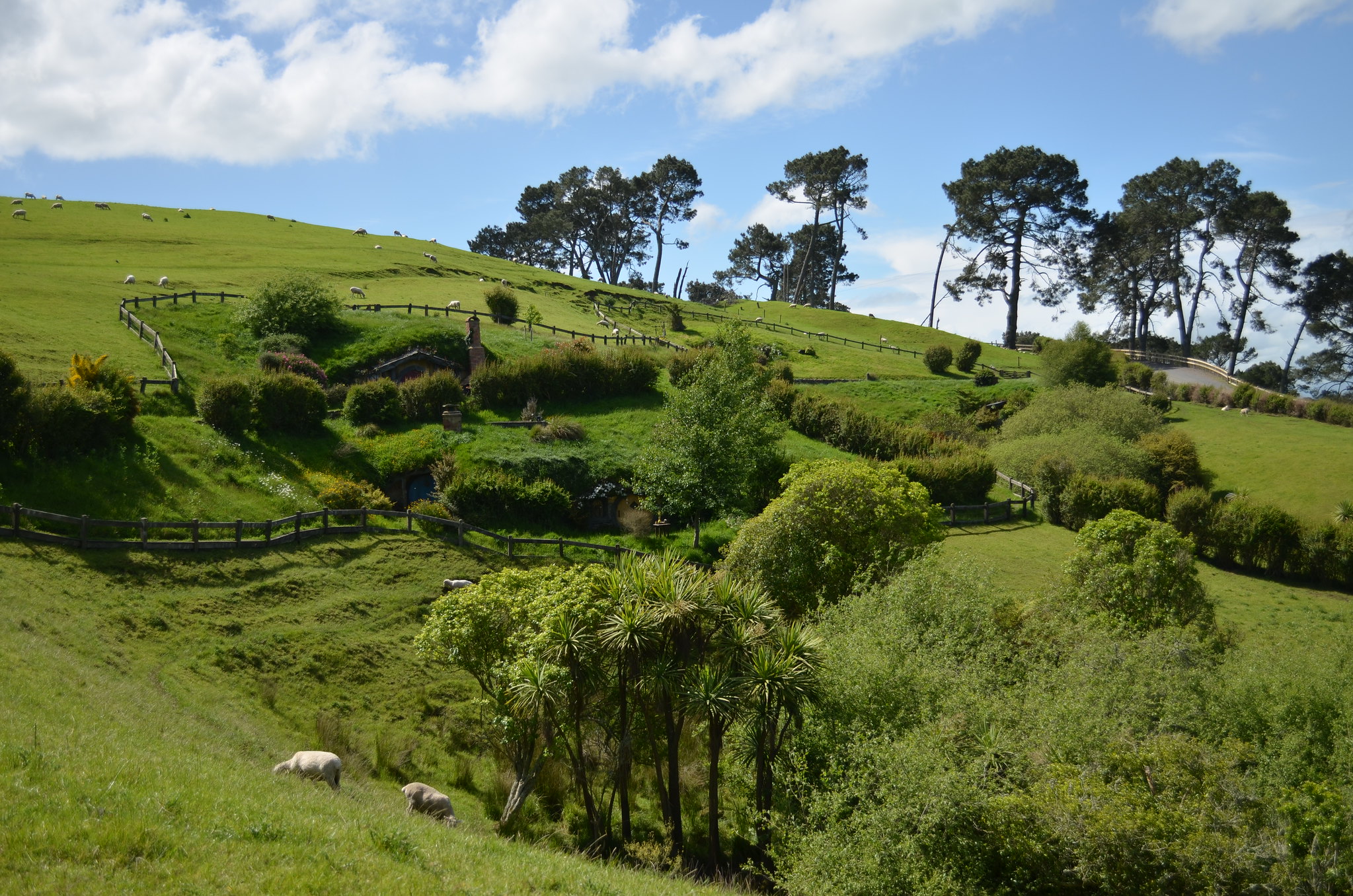 This photo deserves a proper caption: It is of the handful of Hobbit holes that were constructed just in case the camera panned over the top of the hill. Well, the camera never did, meaning that these miniature dwellings never made an appearance in any of The Hobbit films. You can only “see” them, then, if you go on the set tour. 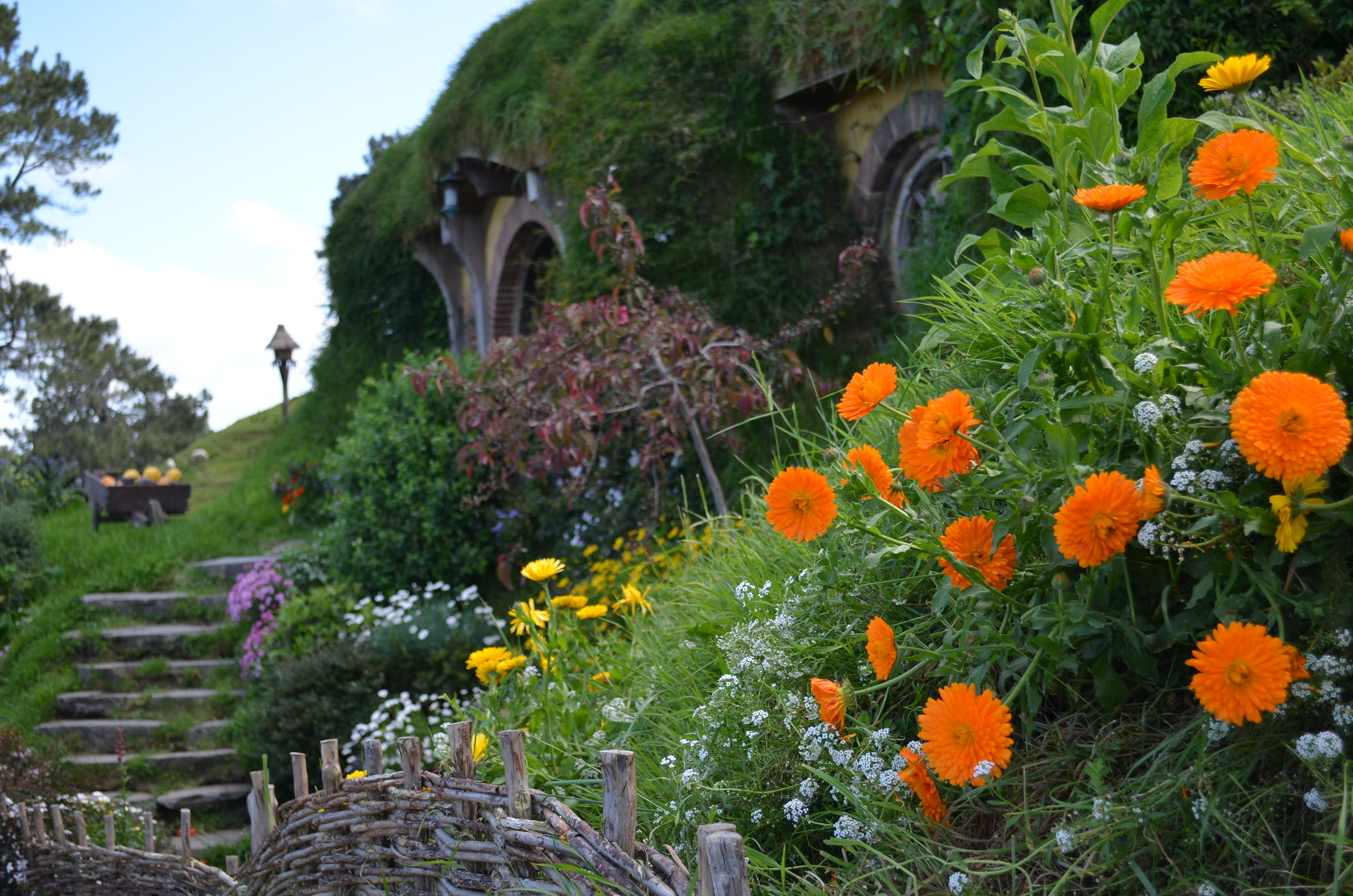 “Why O why did I ever leave my hobbit-hole?” said poor Mr. Baggins, bumping up and down on Bombur’s back.” 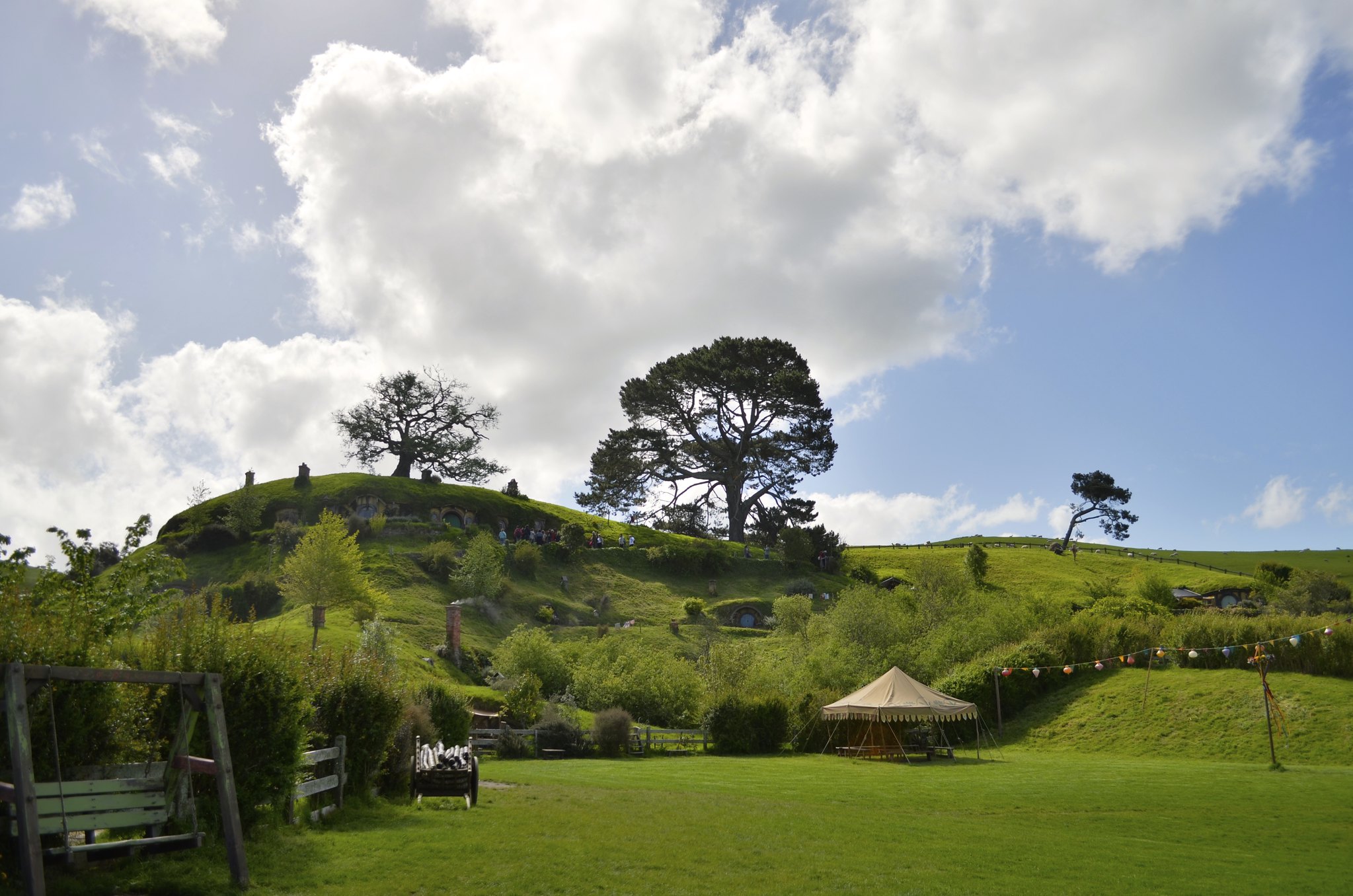 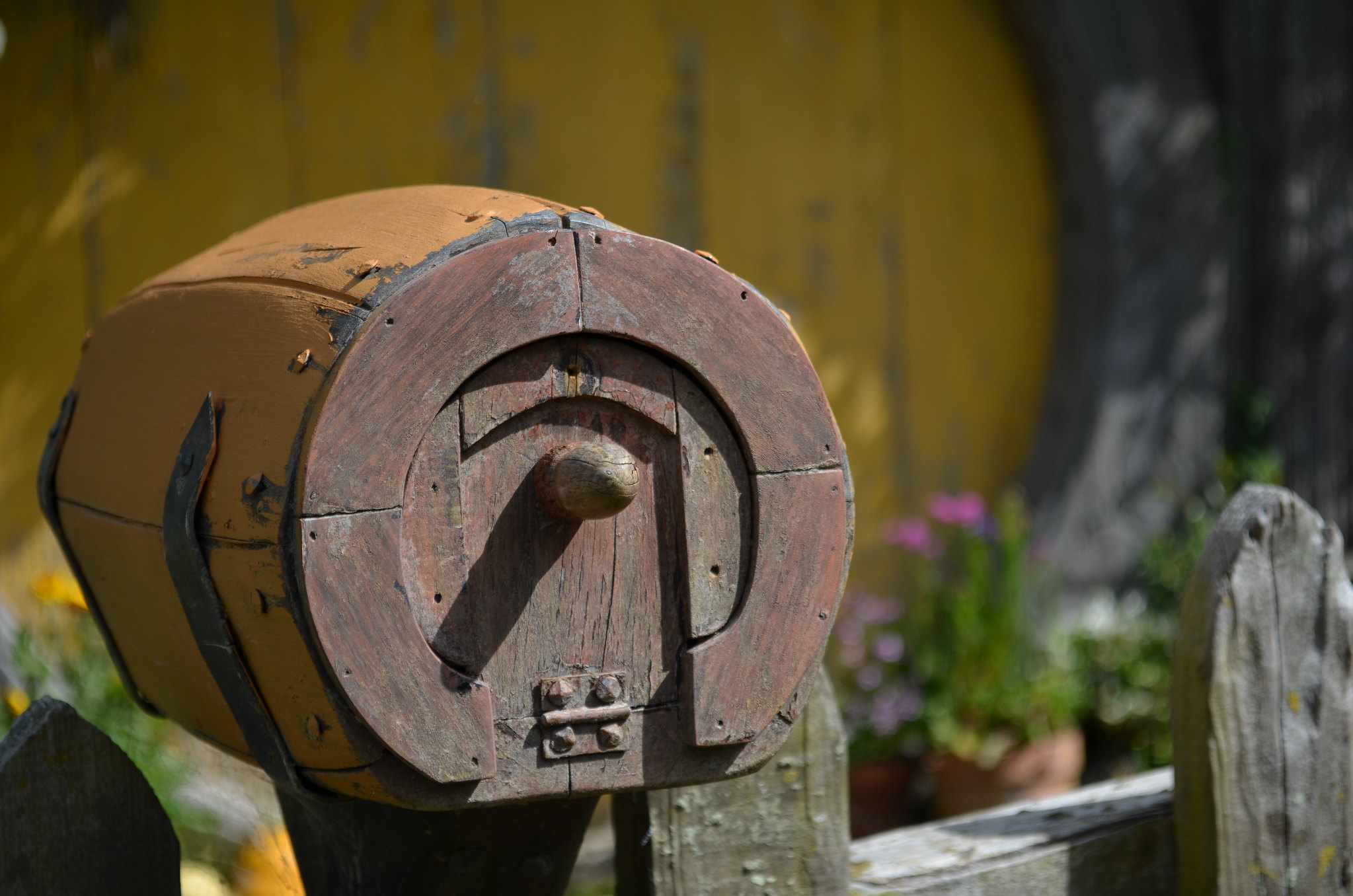 “There is little or no magic about them, except the ordinary everyday sort which helps them to disappear quietly and quickly when large stupid folk like you and me come blundering along, making a noise like elephants which they can hear a mile off.” 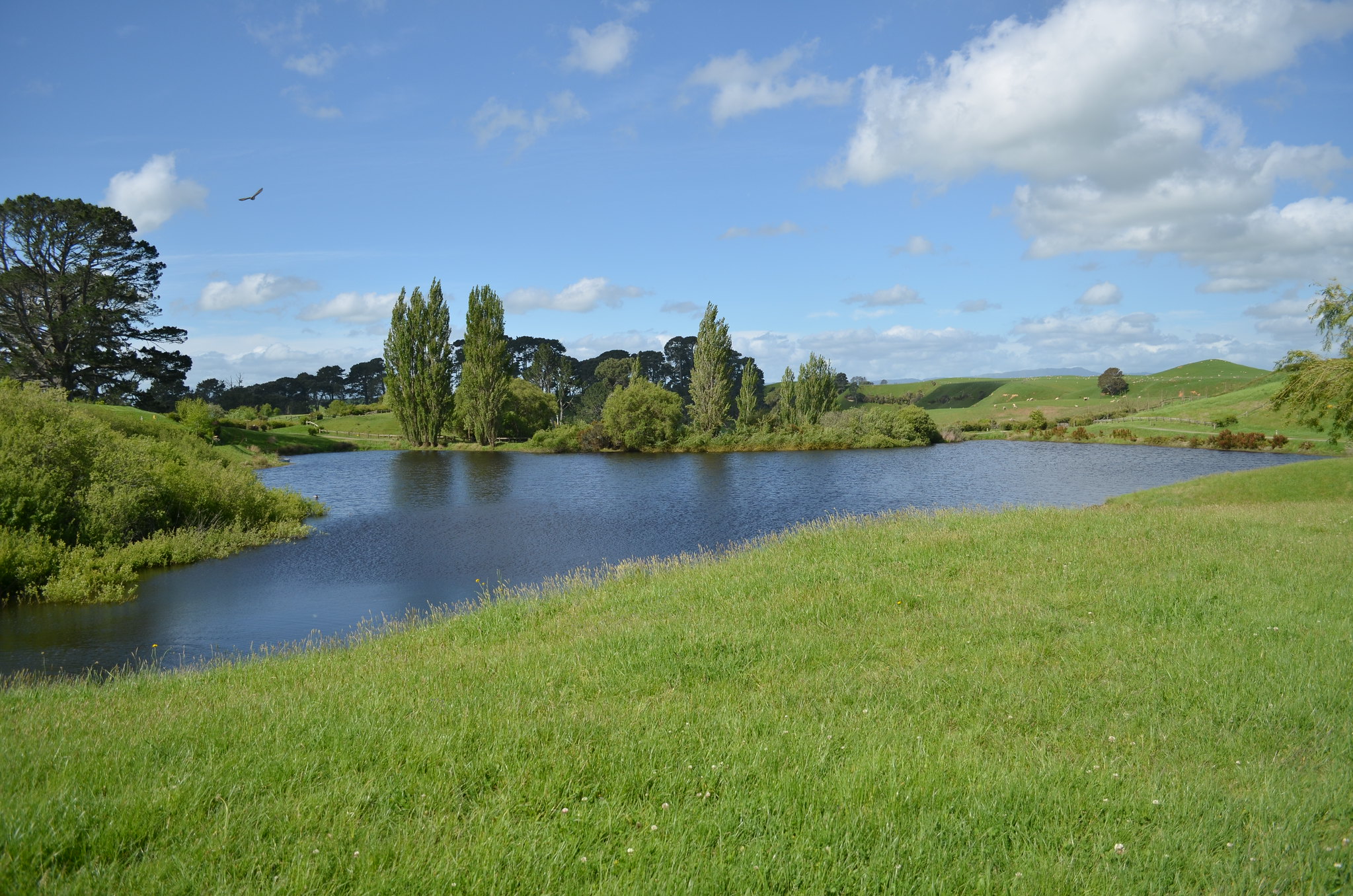 “Float beyond the world of trees. Out into the whispering breeze, past the rushes, past the weeds, past the marsh’s waving reeds.” 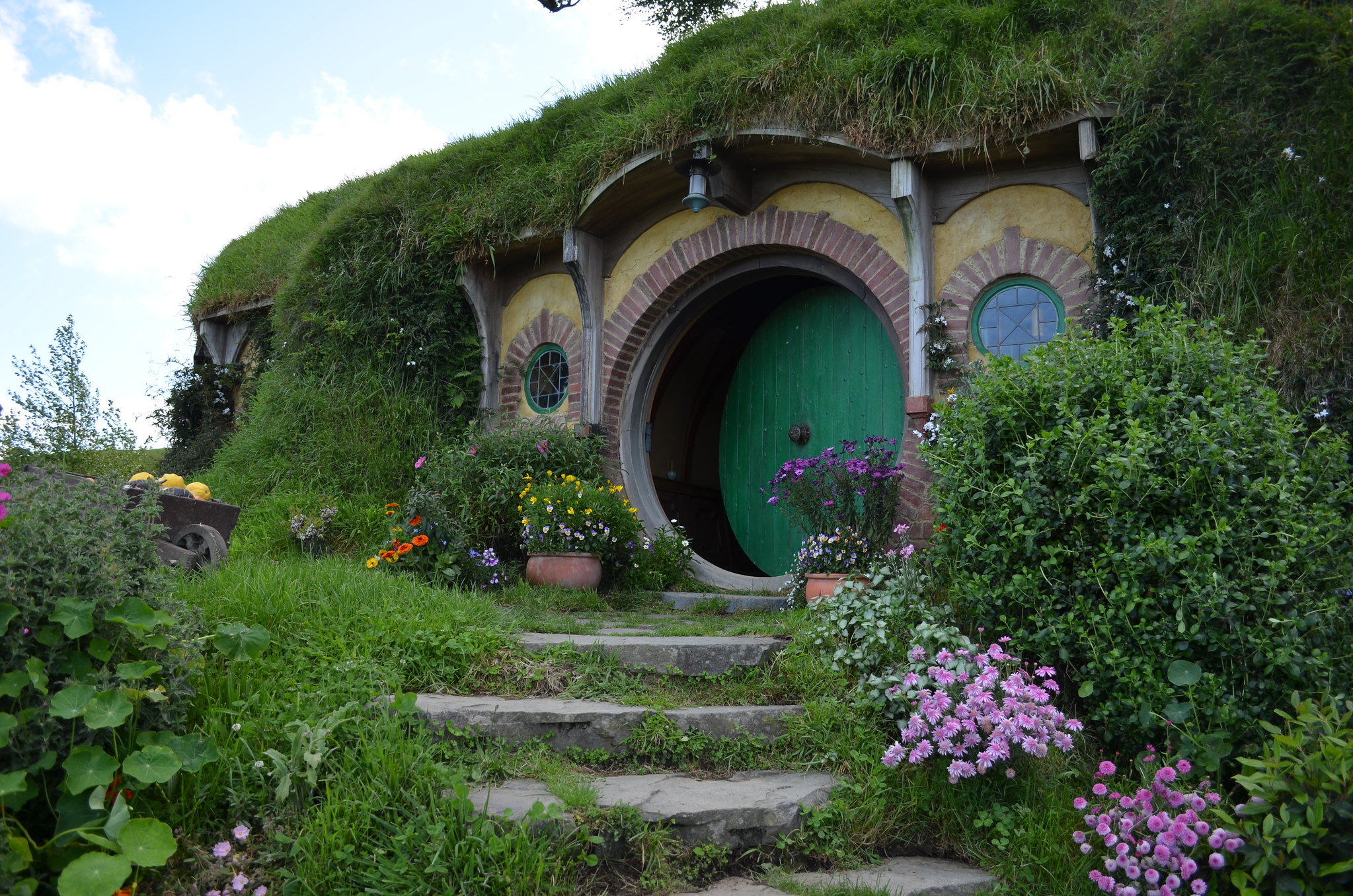 “It had a perfectly round door like a porthole, painted green, with a shiny yellow brass knob in the exact middle.” 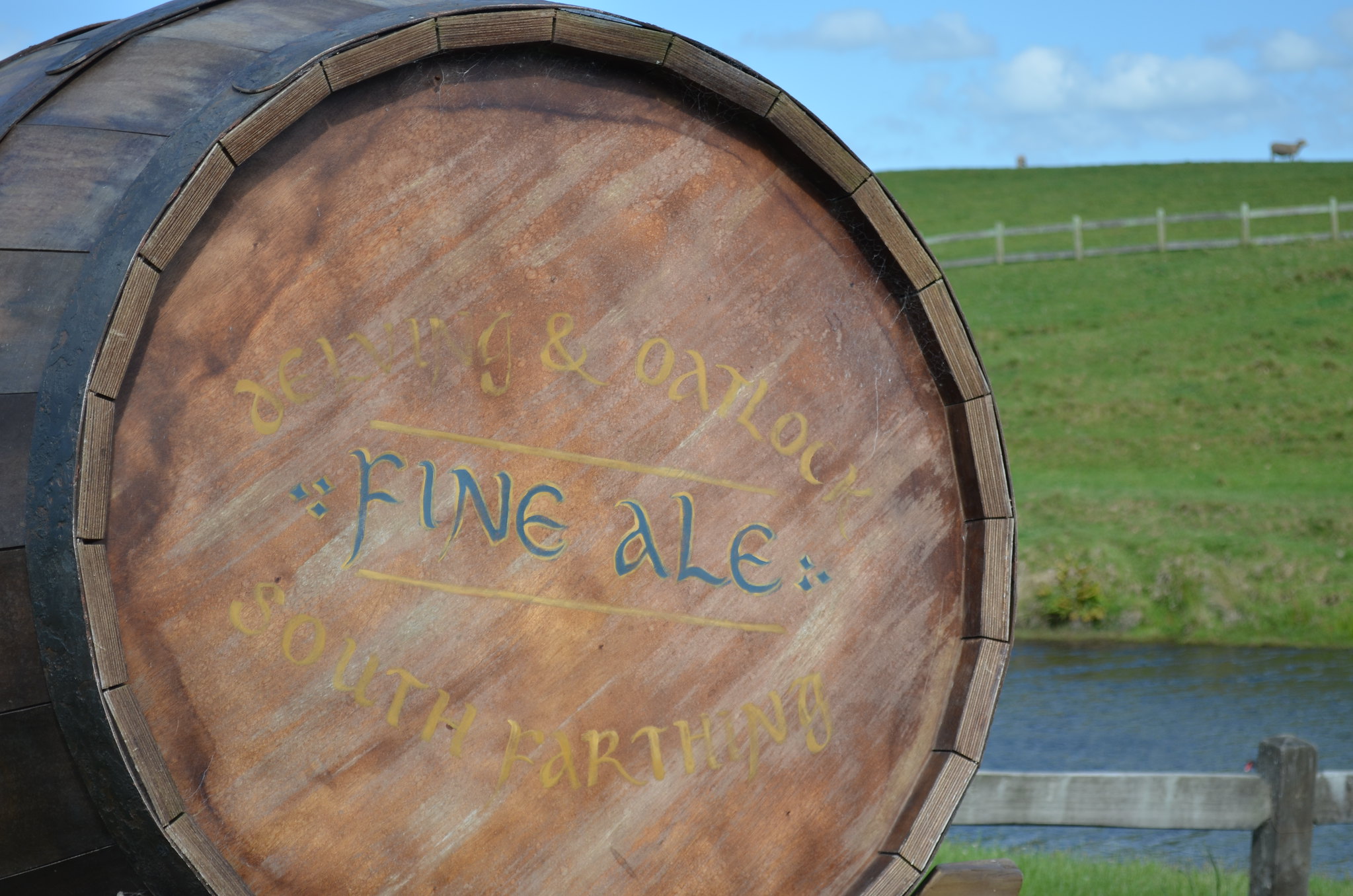 “Quite a merry gathering!…What’s that? Tea! No thank you! A little red wine, I think for me.” 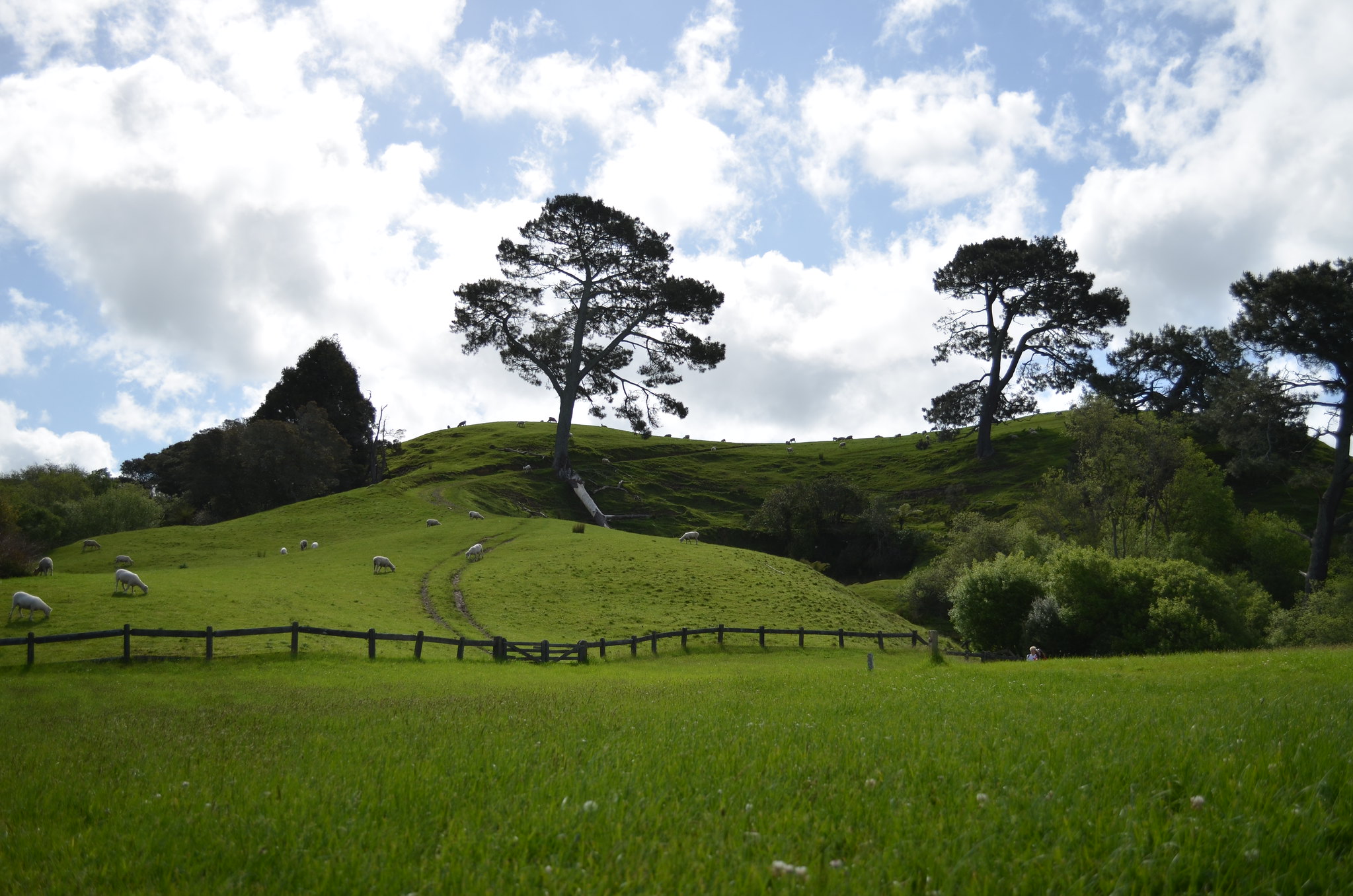 “I am tired of stairs and stone passages. I would give a good deal for the feel of grass at my toes.” 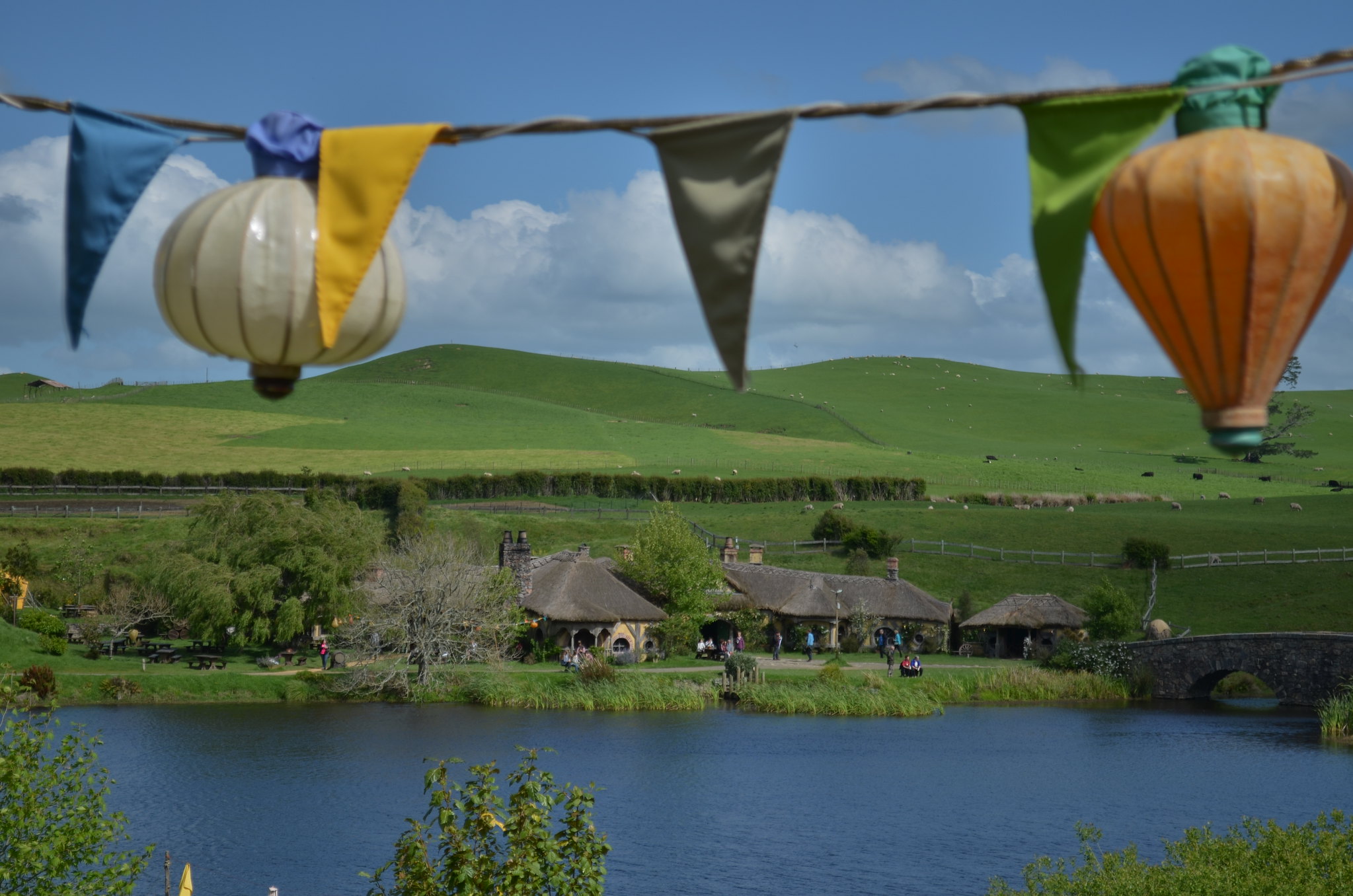 “It is no bad thing to celebrate a simple life.” 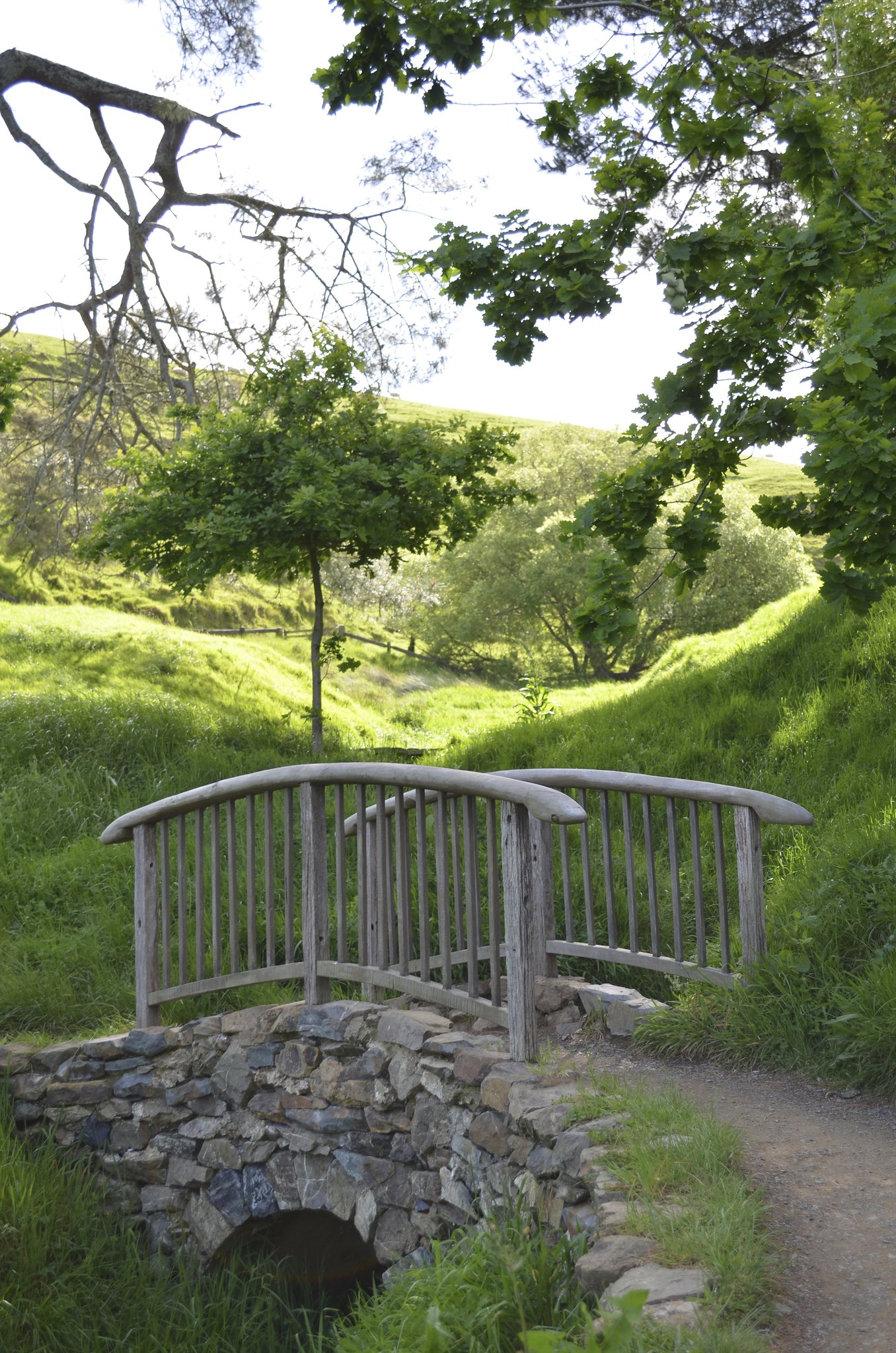 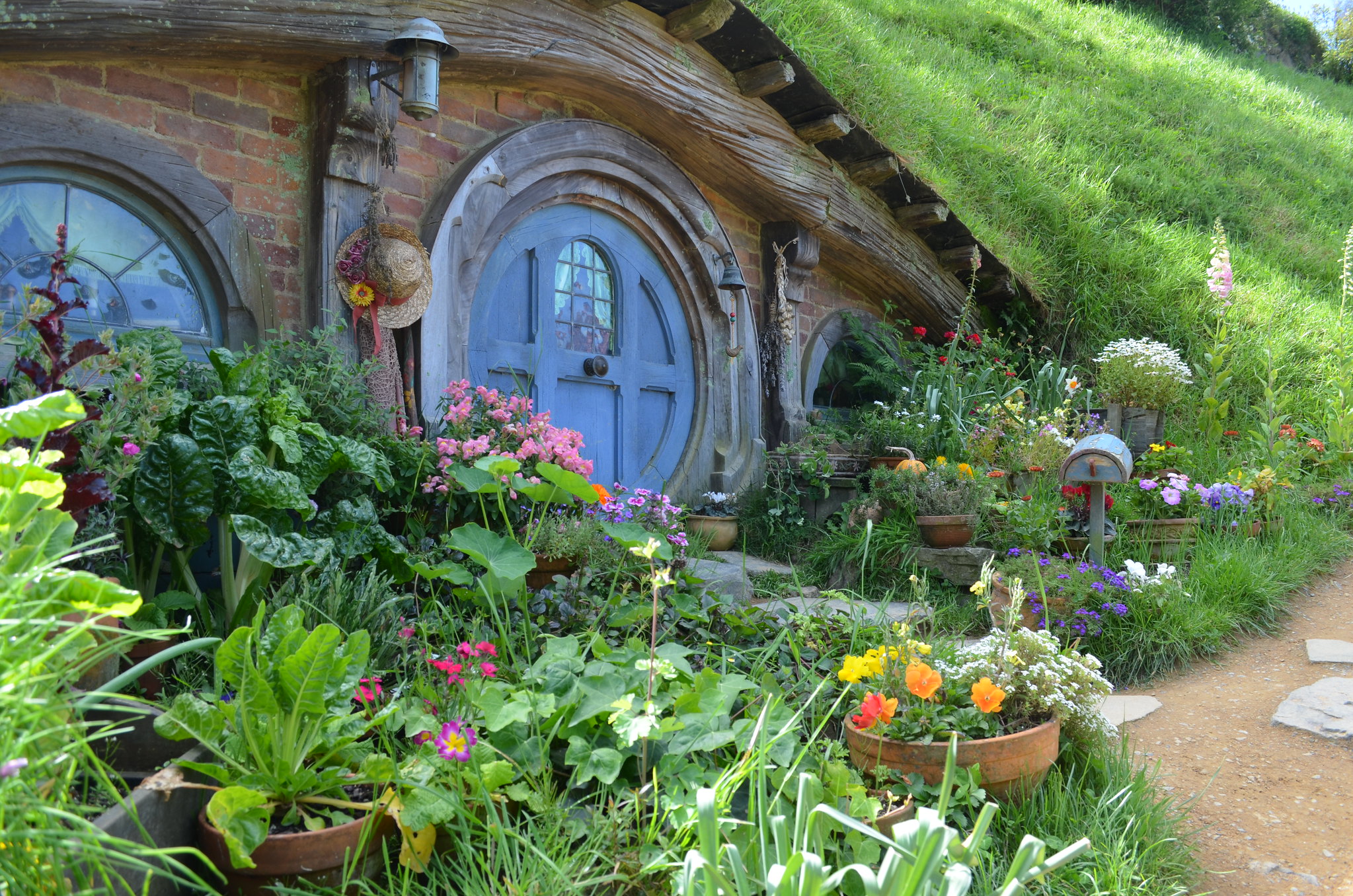 “The best rooms were all on the left-hand side (going in), for these were the only ones to have windows, deep-set round windows looking over his garden, and meadows beyond, sloping down to the river.” 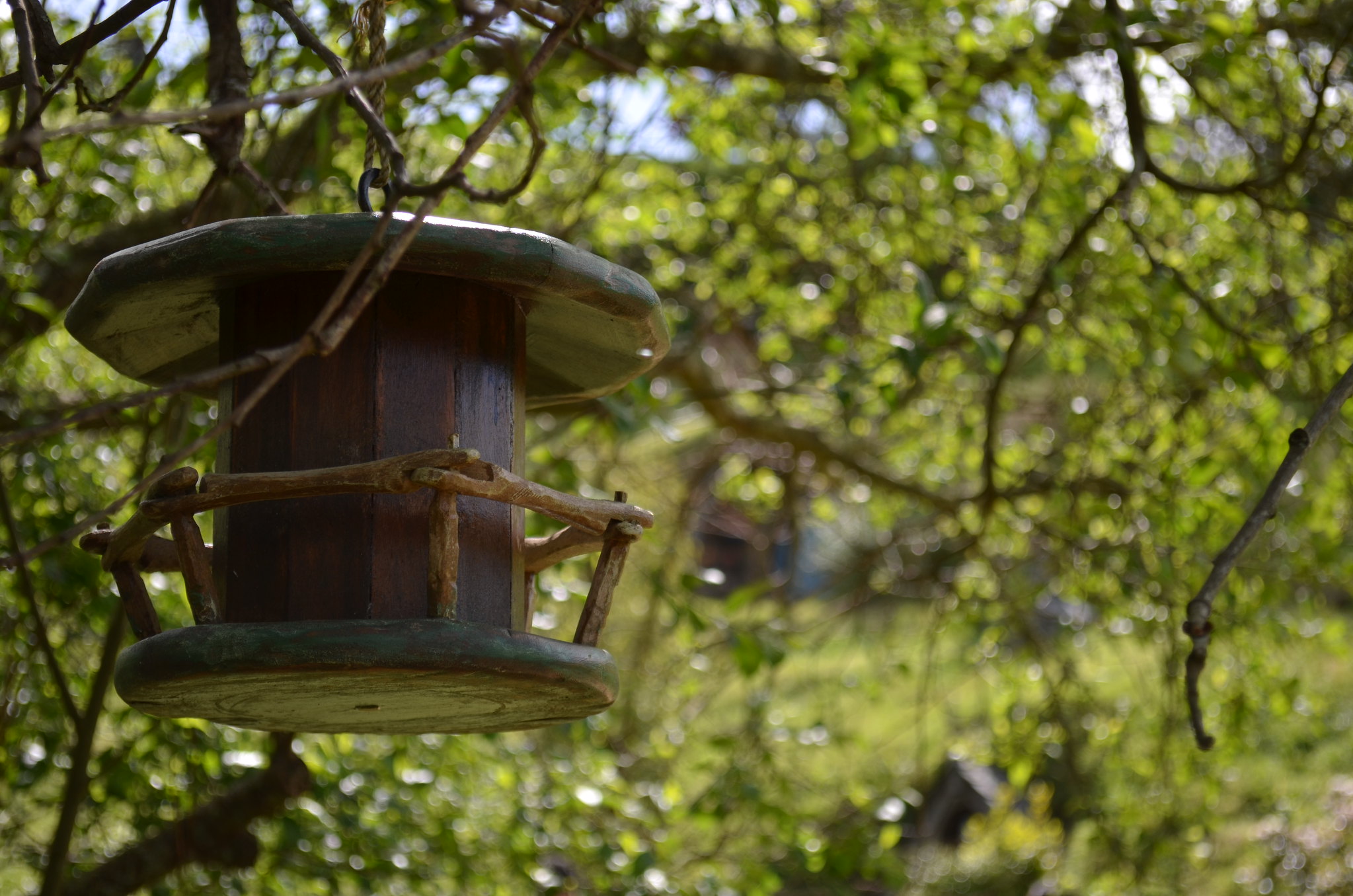 “…long ago in the quiet of the world…there was less noise and more green, and the hobbits were still numerous and prosperous.” 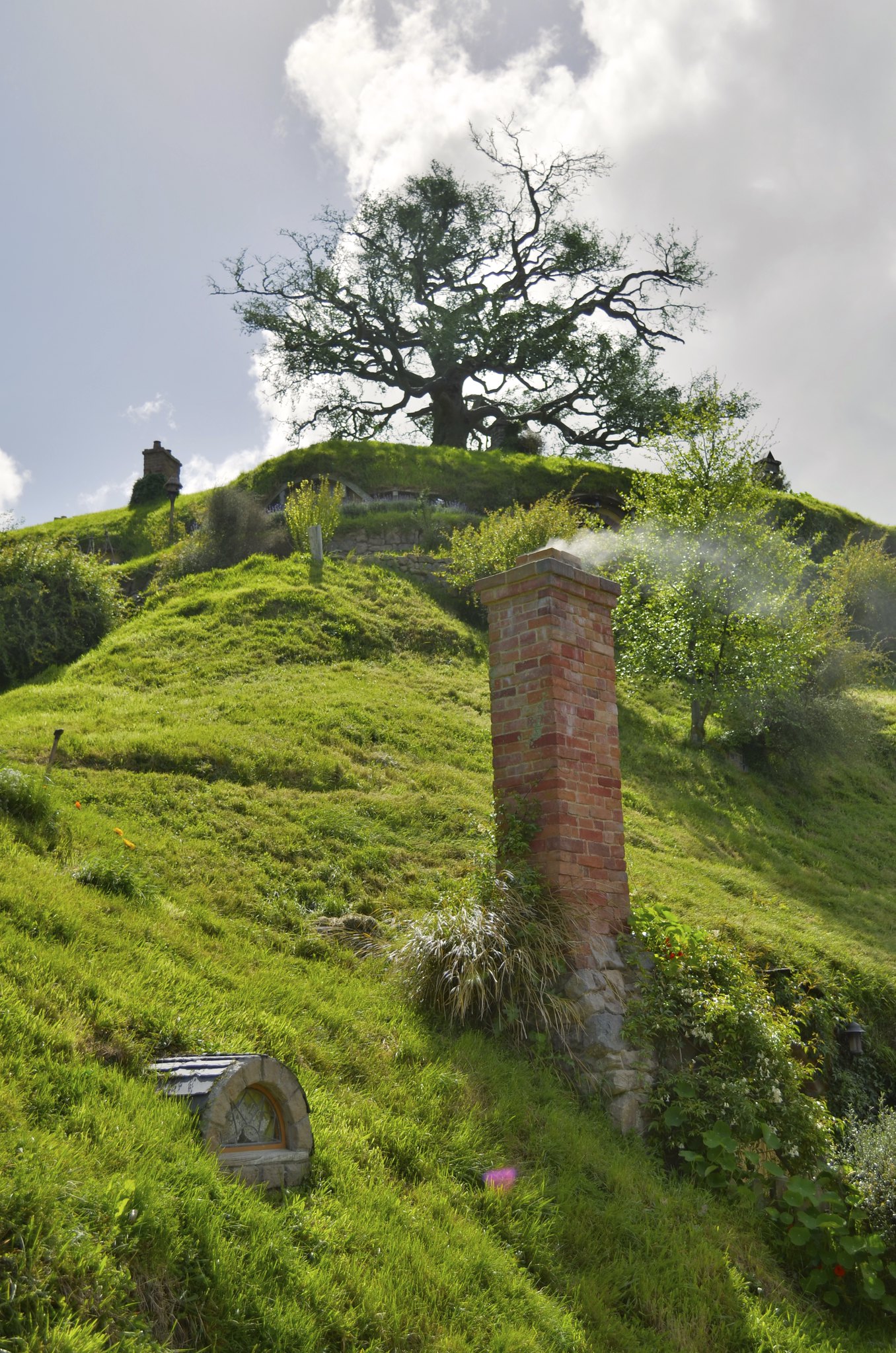 “Bother burgling and everything to do with it! I wish I was at home in my nice hole by the fire, with the kettle just beginning to sing!” 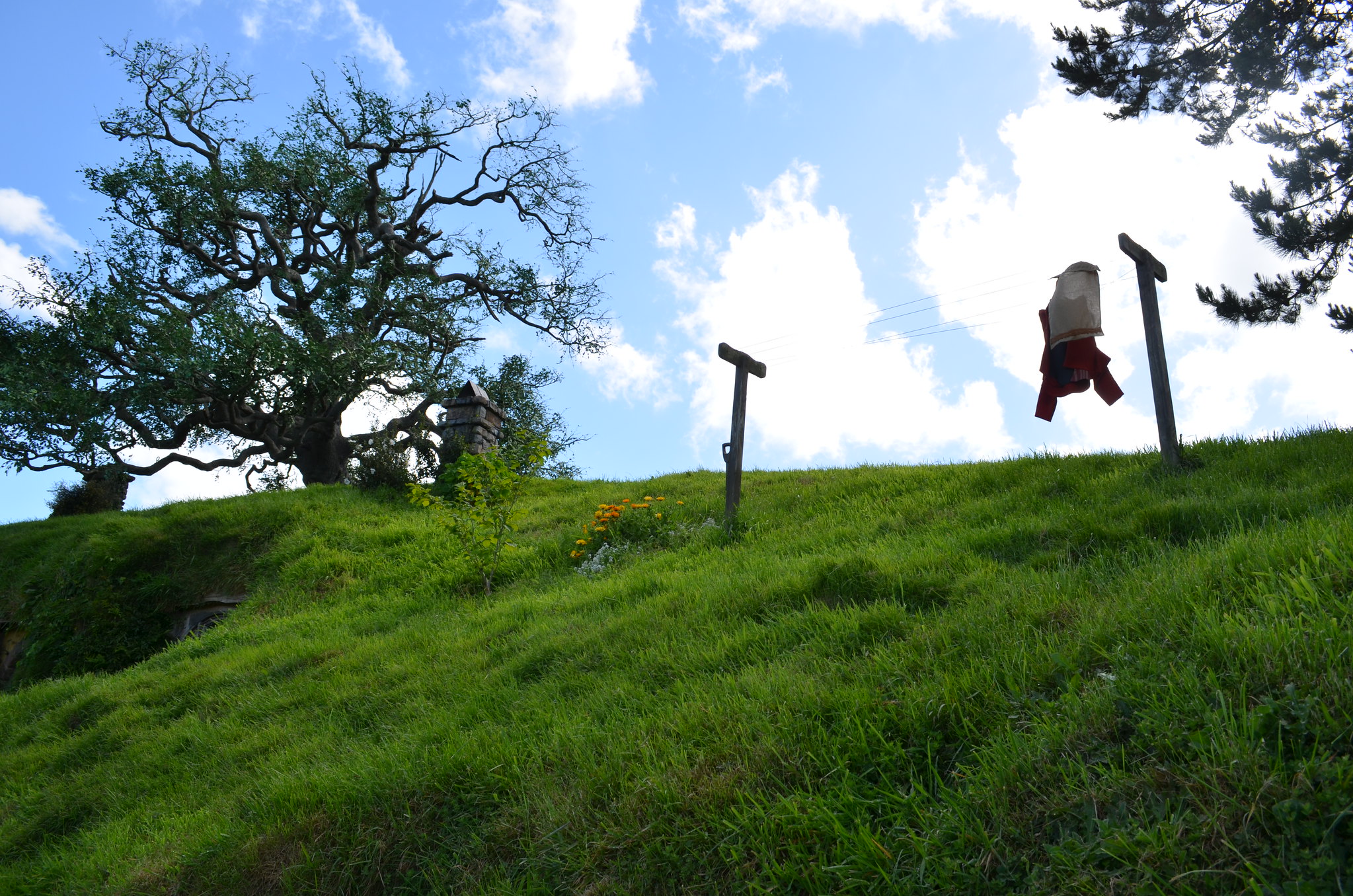 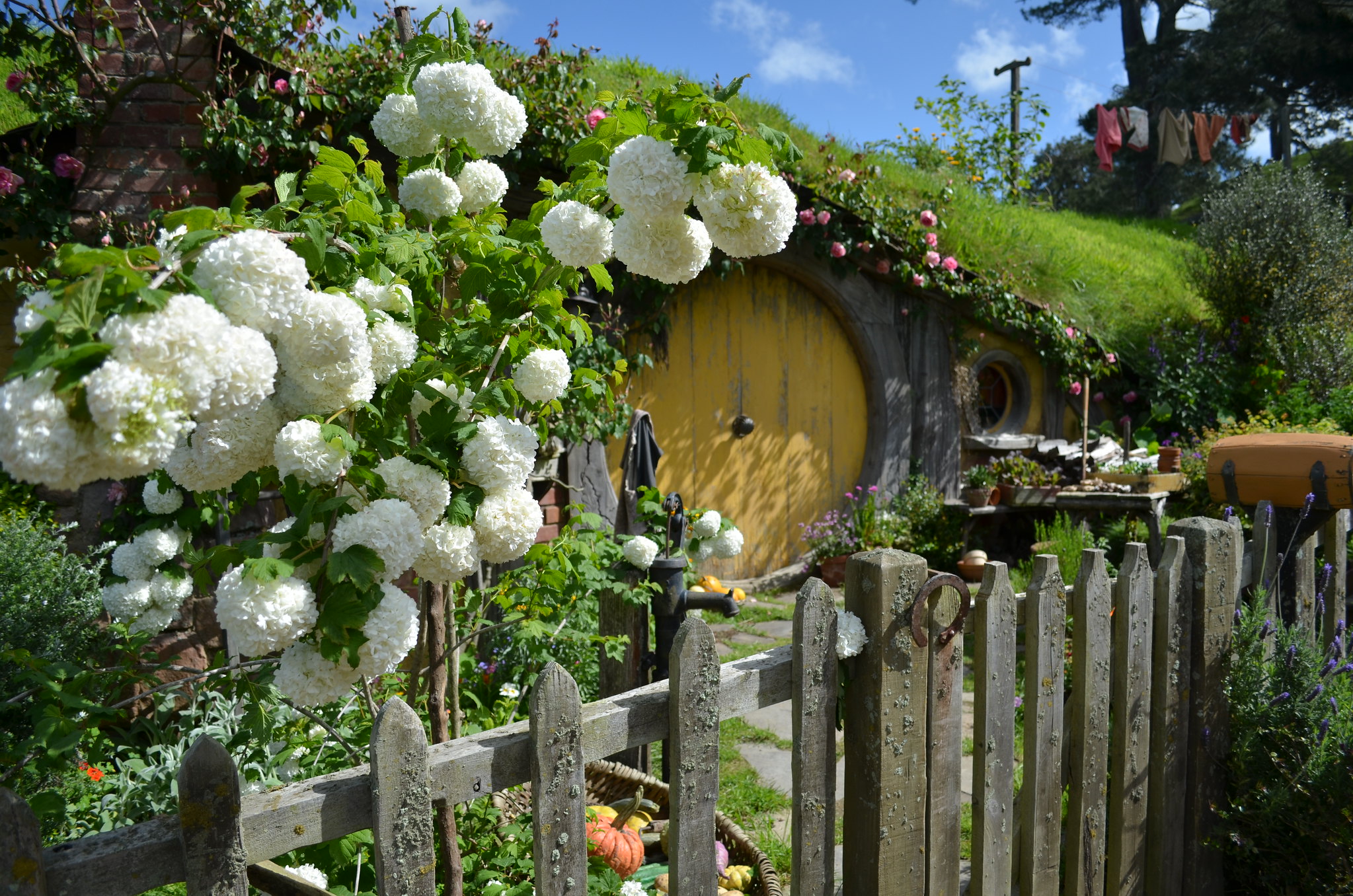 “His house was perfect, whether you liked food, or sleep, or work, or story-telling, or singing, or just sitting and thinking best, or a pleasant mixture of them all.” 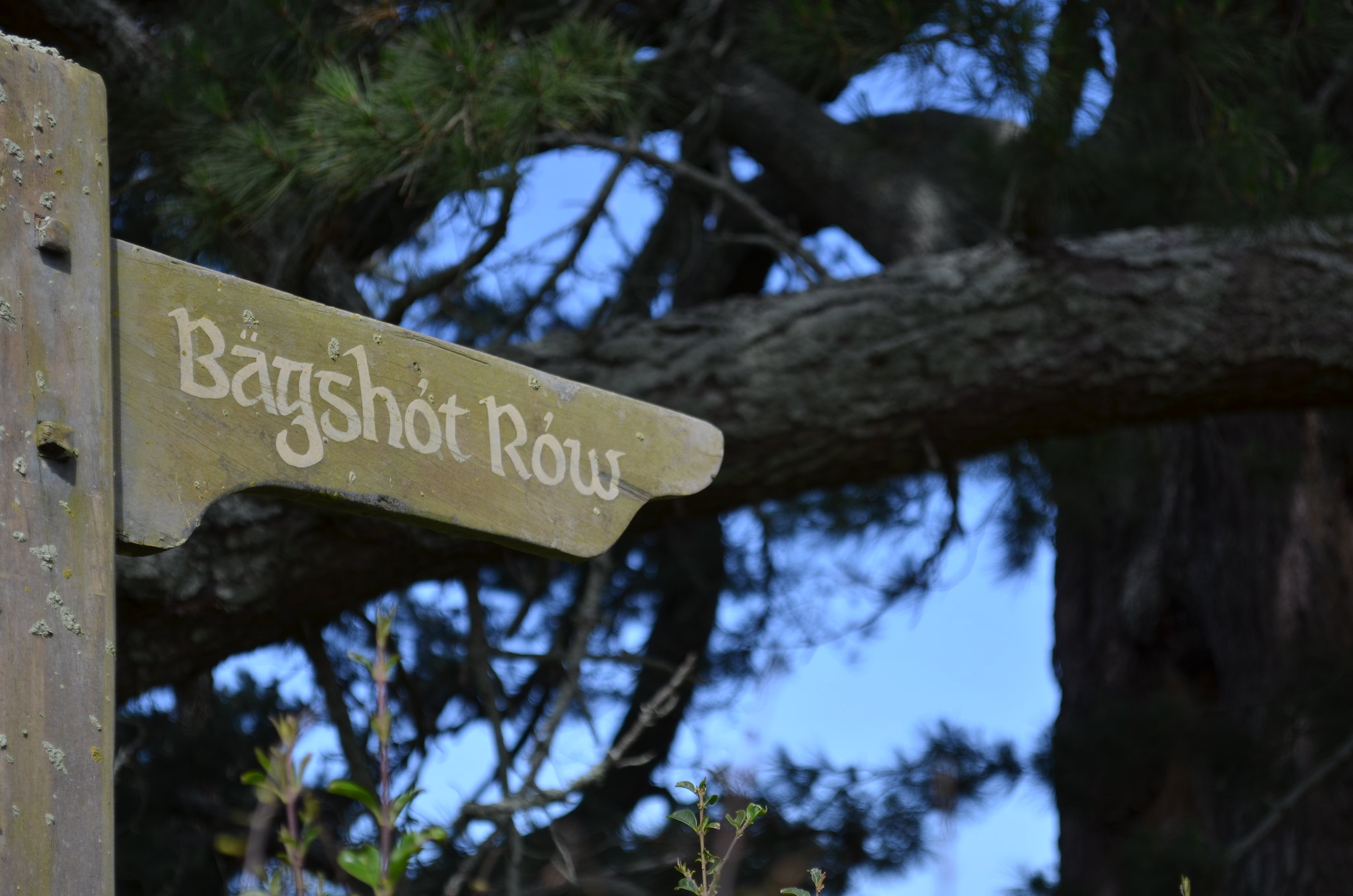 “The Bagginses had lived in the neighbourhood of The Hill for time out of mind, and people considered them very respectable, not only because most of them were rich, but also because they never had any adventures or did anything unexpected: you could tell what a Baggins would say on any question without the bother of asking him.” 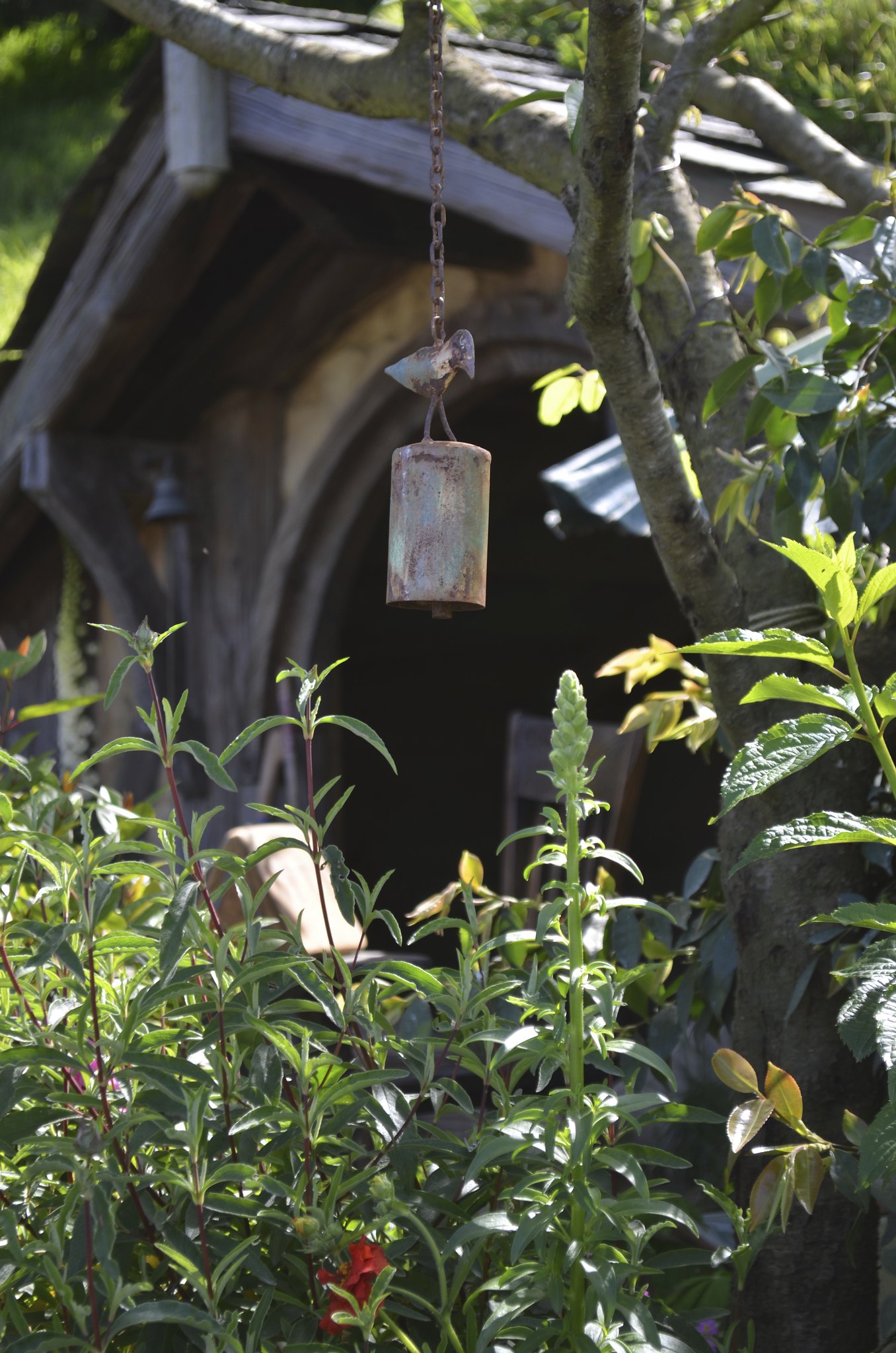 “Some believe it is only great power that can hold evil in check, but that is not what I have found. It is the small everyday deeds of ordinary folk that keep the darkness at bay.” 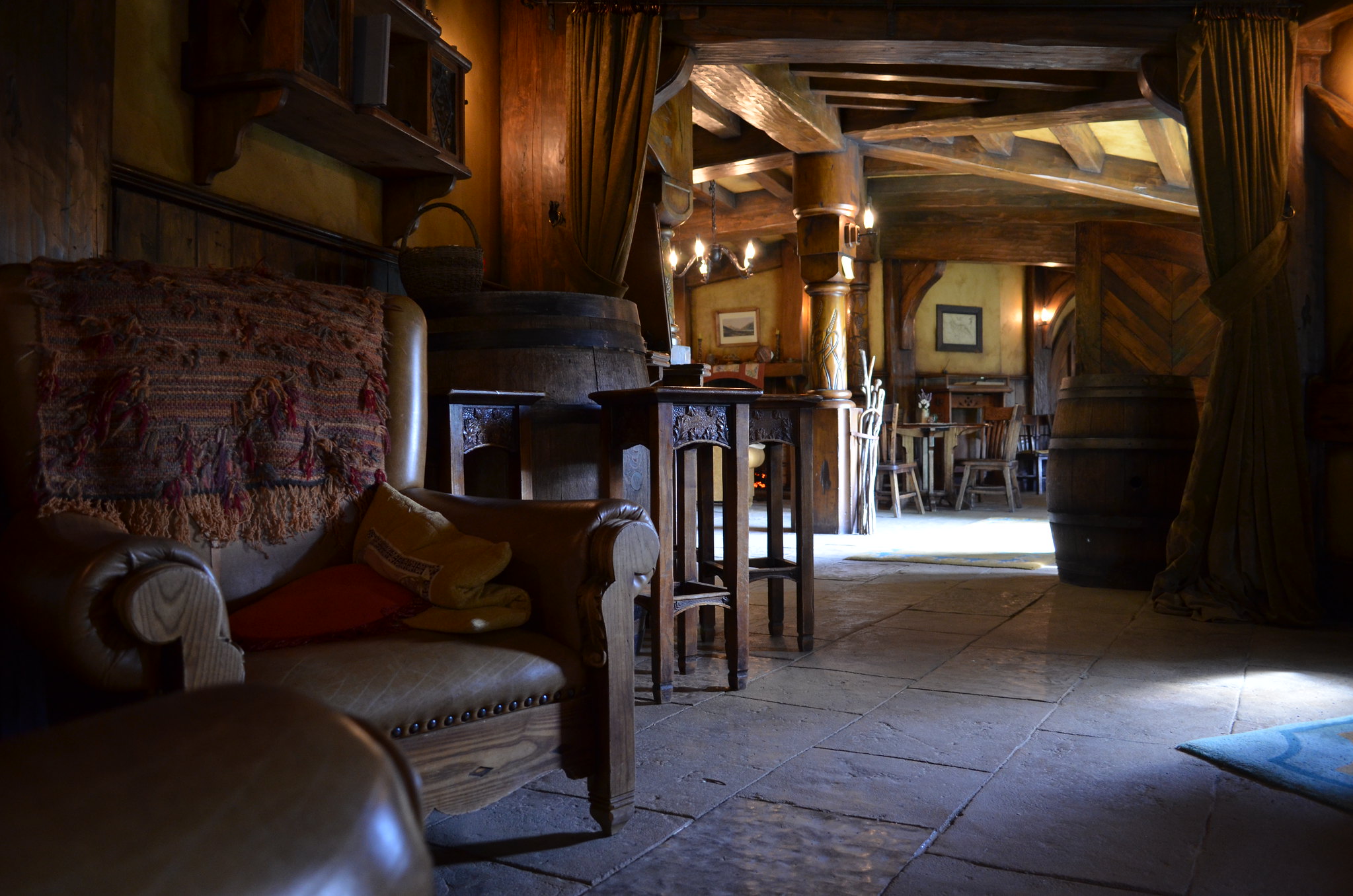 And here, the cozy interior of The Green Dragon, where we each got a pint of beer and shared a tasty scone. 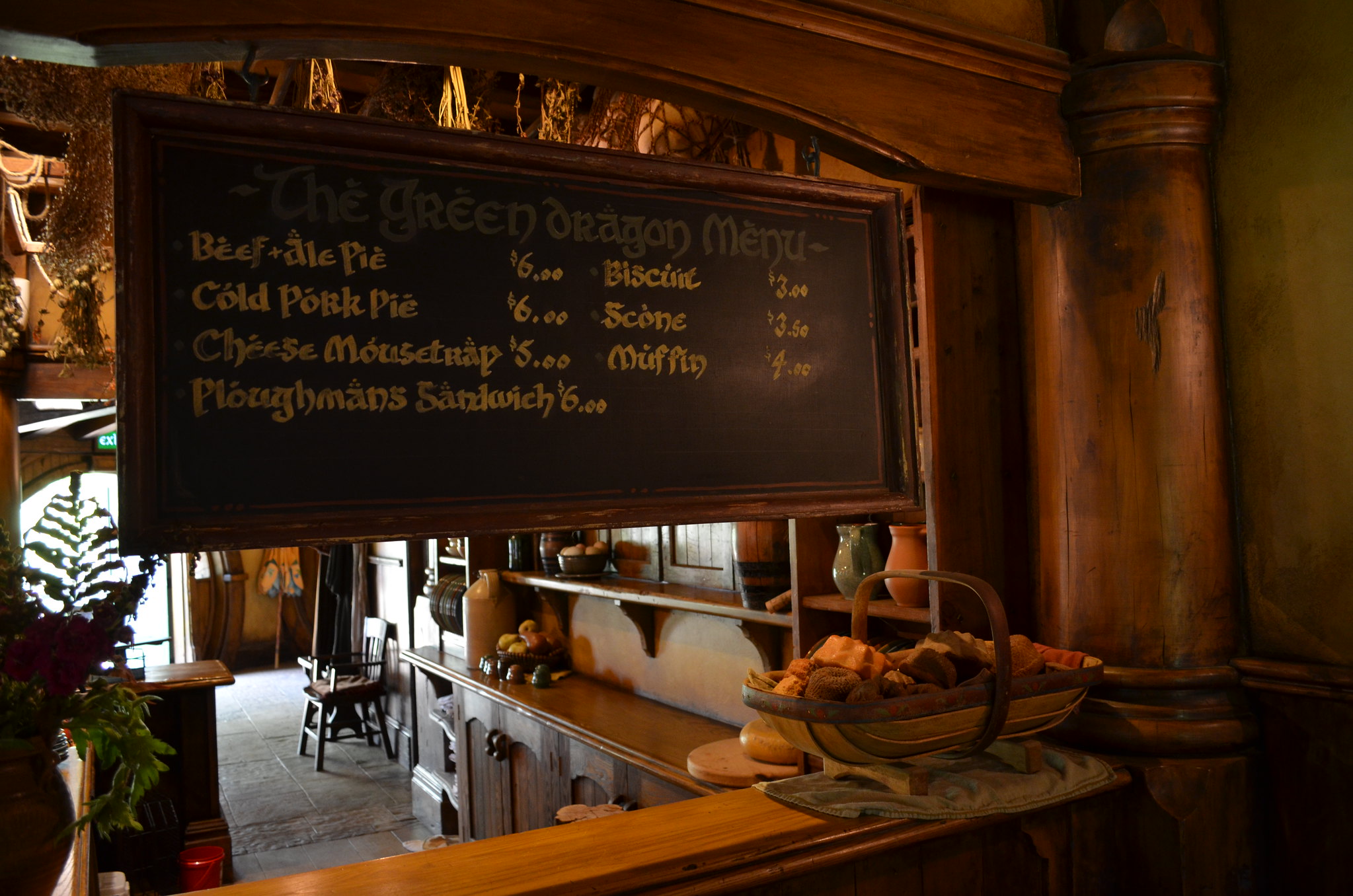 “What on earth did I ask him to tea for!” he said to himself, as he went to the pantry.” 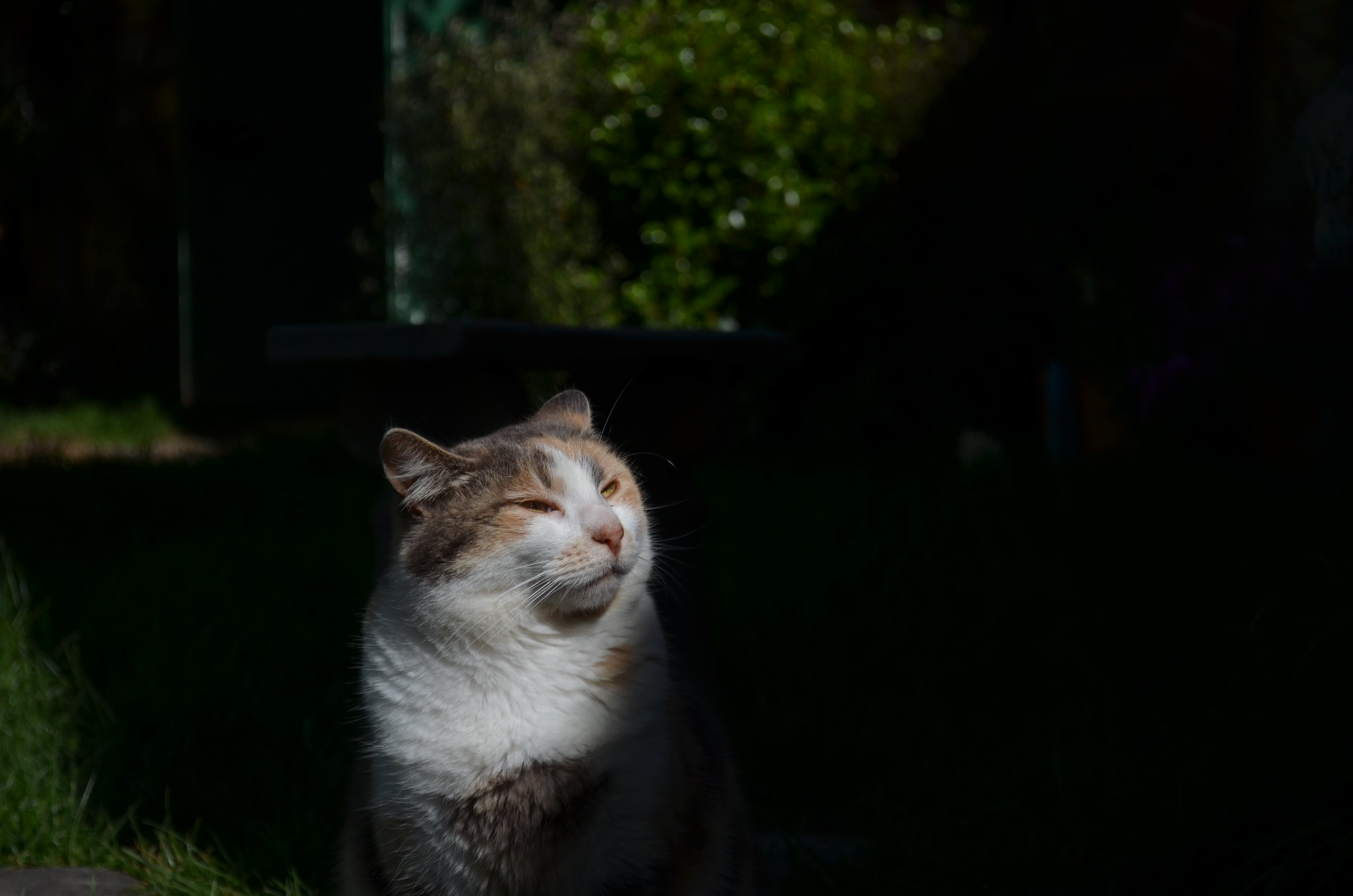 “He thought much but said little.” 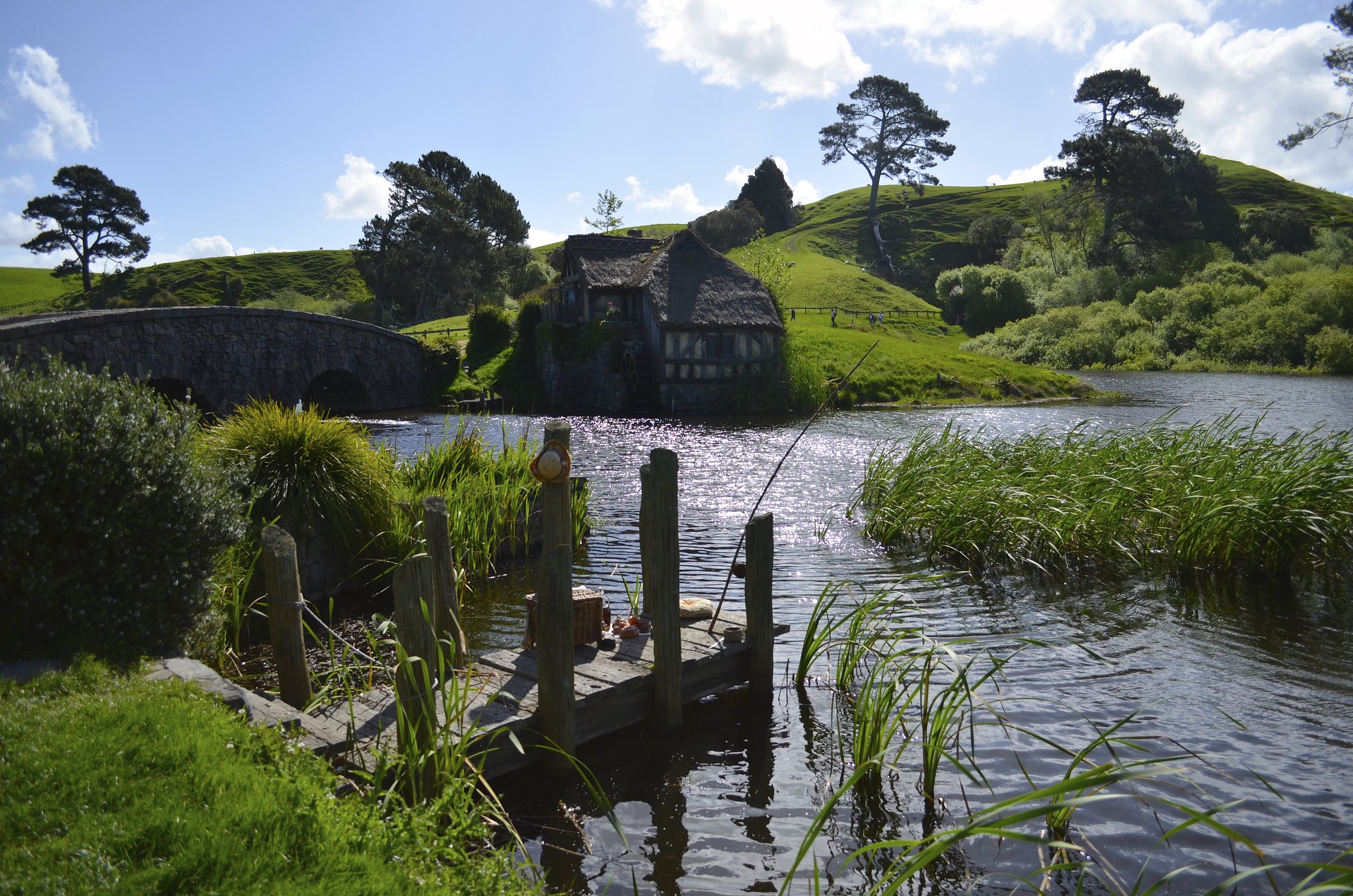 “I feel that as long as the Shire lies behind, safe and comfortable, I shall find wandering more bearable: I shall know that somewhere there is a firm foothold, even if my feet cannot stand there again.”
—

It was an absolutely magical experience, and I think we visited in the best time of the year – mid-spring, when all of the flowers were blooming, all of the vegetables in the garden were growing, and sun beamed down on the grassy hills and grazing sheep. Everything was meticulously curated and displayed, and even though the price of admission was steep, the 2-hour tour was well worth it.

19 thoughts on “The Shire in Spring”