Somewhat to our surprise, Taupo ended up being our favorite place on the North Island — surprising because we hadn’t really heard much about it. With a population of 23,400, Taupo is one of the larger towns in New Zealand (in fact, it’s apparently the 20th largest urban area), and is situated alongside the glimmering, shimmering lake from which the town takes its name. 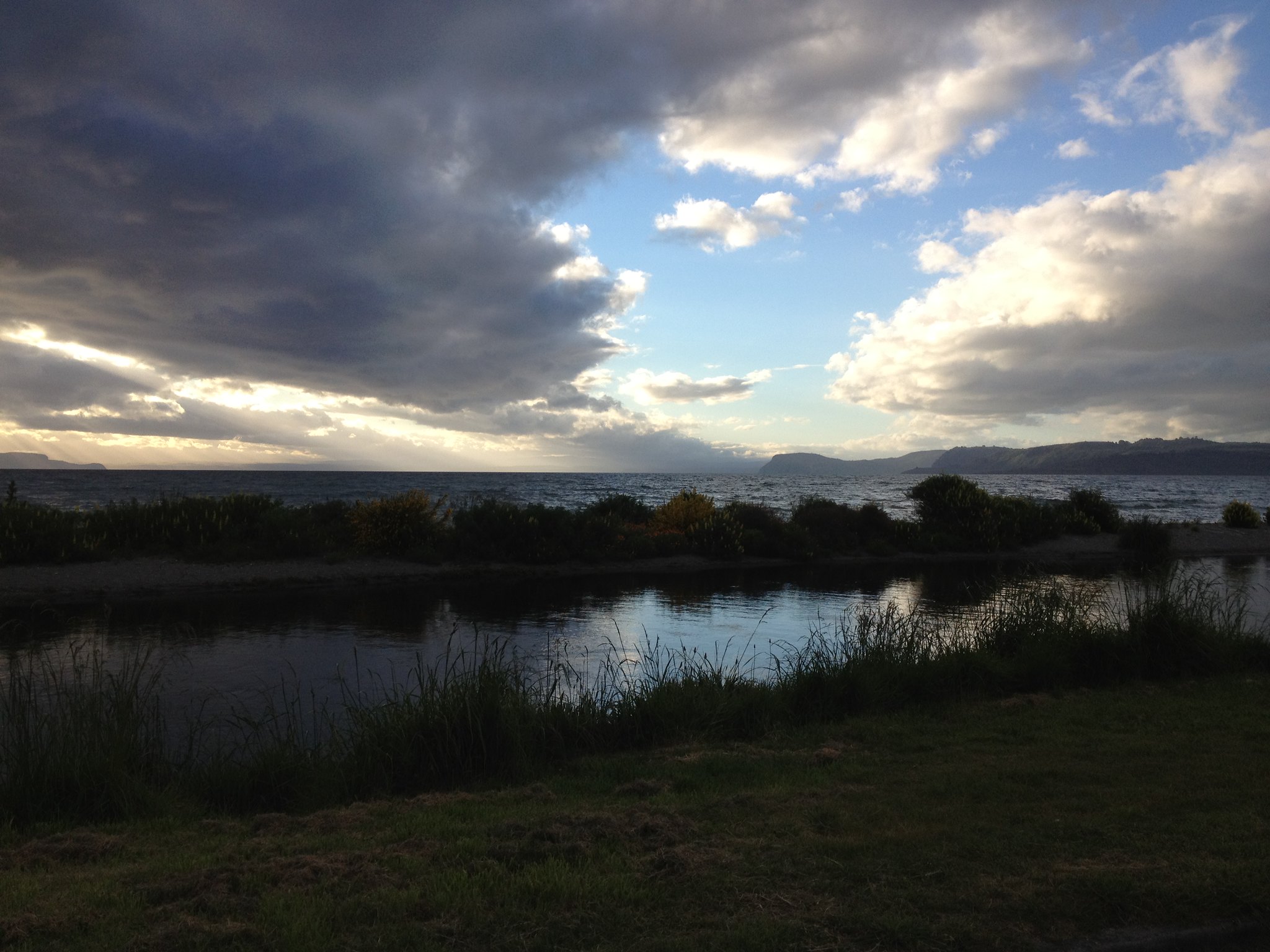 We found the weather to be a marked improvement; the air was less humid, towels and dishes dried properly, and the nights didn’t get quite as cold. As we drove in, we were entertained by huge plumes of vapor billowing up from hidden crevices and crevasses scattered throughout the area. Located off of the Thermal Explorer Highway, Taupo is a hotbed of geothermal activity, and its sister city to the north, Rotorua, is well-known for its bubbling sulfuric springs. But more on that later. 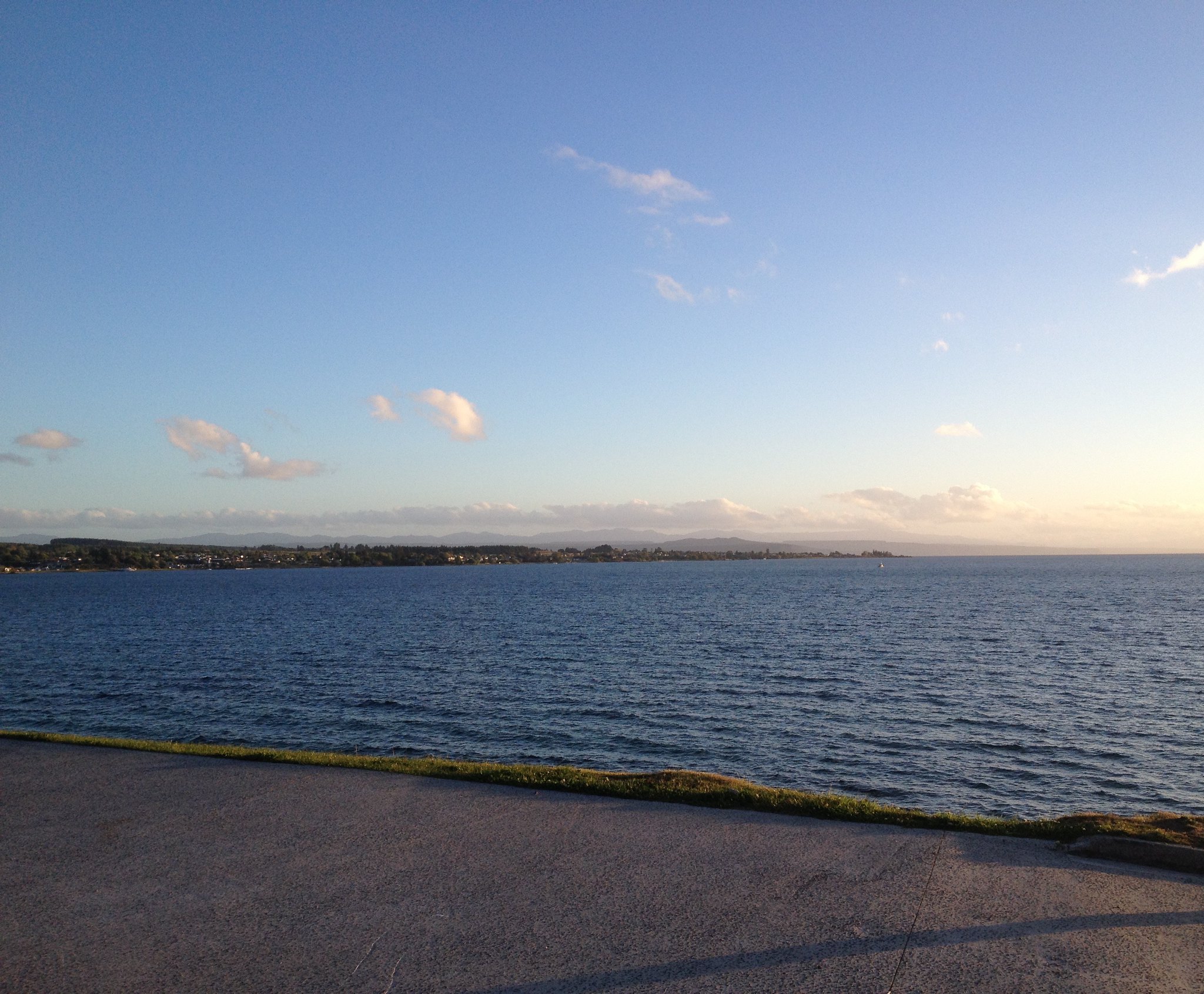 In Taupo, we stayed with two of the nicest people imaginable. (I would link to their AirBnB profile, but Lee-Anne has another baby on the way so understandably has halted her AirBnB activity for now!) We’ve stayed in many, many different Kiwi homes through AirBnB, and our hosts in Taupo were one of the top three, which is saying a lot! There’s nothing lovelier than getting along seamlessly with someone who has invited you into their home. We had a great time getting to know Lee-Anne and her little family, and it definitely influenced our perception of Taupo overall. 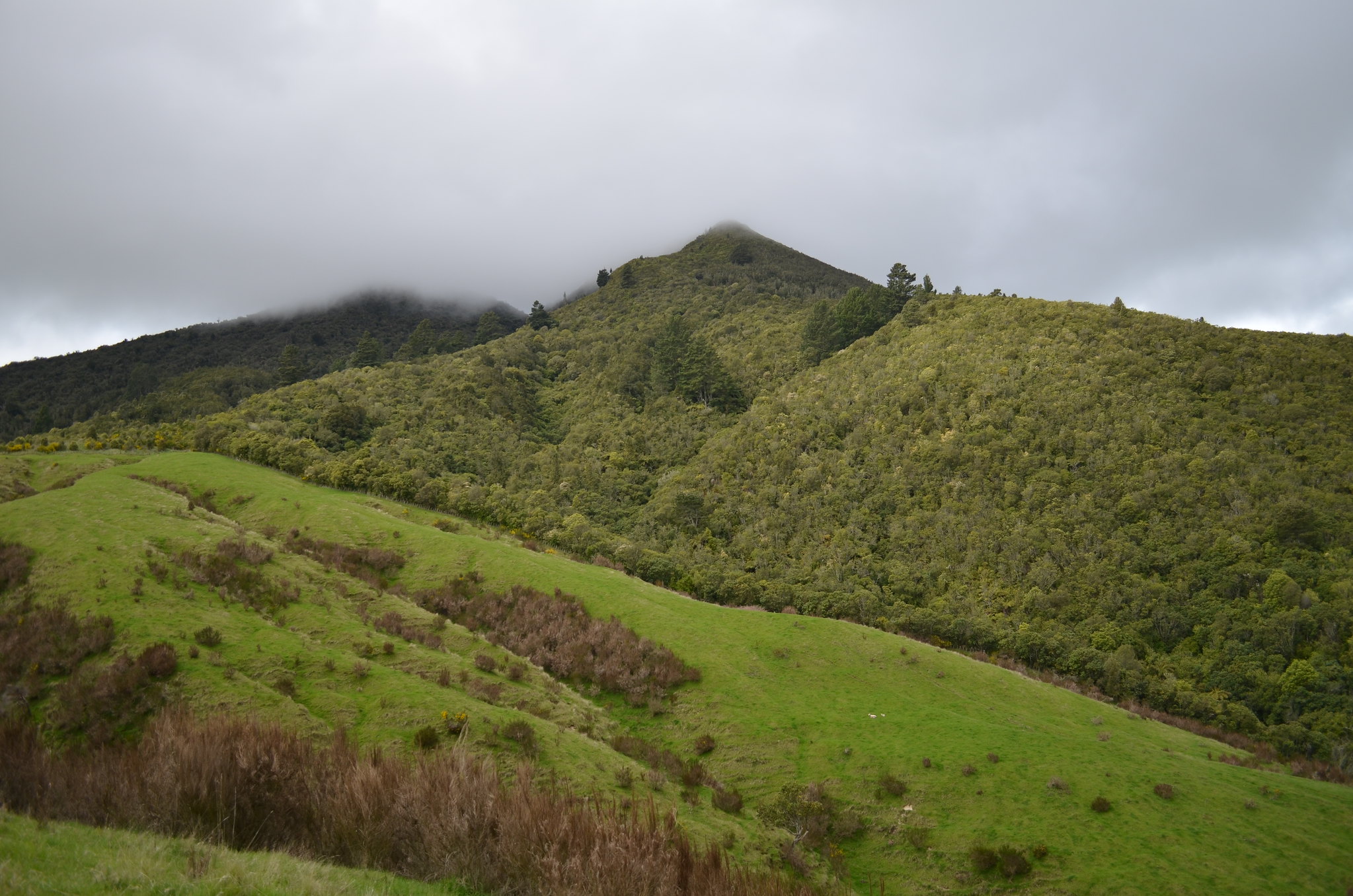 For exercise, many of the Taupo locals will hike up the local hill, Mount Tauhara, which looms pleasantly over the town and on foggy days is wreathed in cloud. The mountain, like many of New Zealand’s prominent natural features, is owned by a Maori Land Trust, but the public is permitted to access the trail (until recently, unfortunately, due to vandalism). We went on a 2-hour scramble up the mountain, and, as always, were humbled by the average Kiwi level of fitness. Without fail in New Zealand, every time we start feeling good about having accomplished something strenuous, a Kiwi with 20+ years on us will put us to shame. This time, it was a group of three middle-aged men who ran up, and then back down, the steep mountain slopes as we huffed and puffed along. 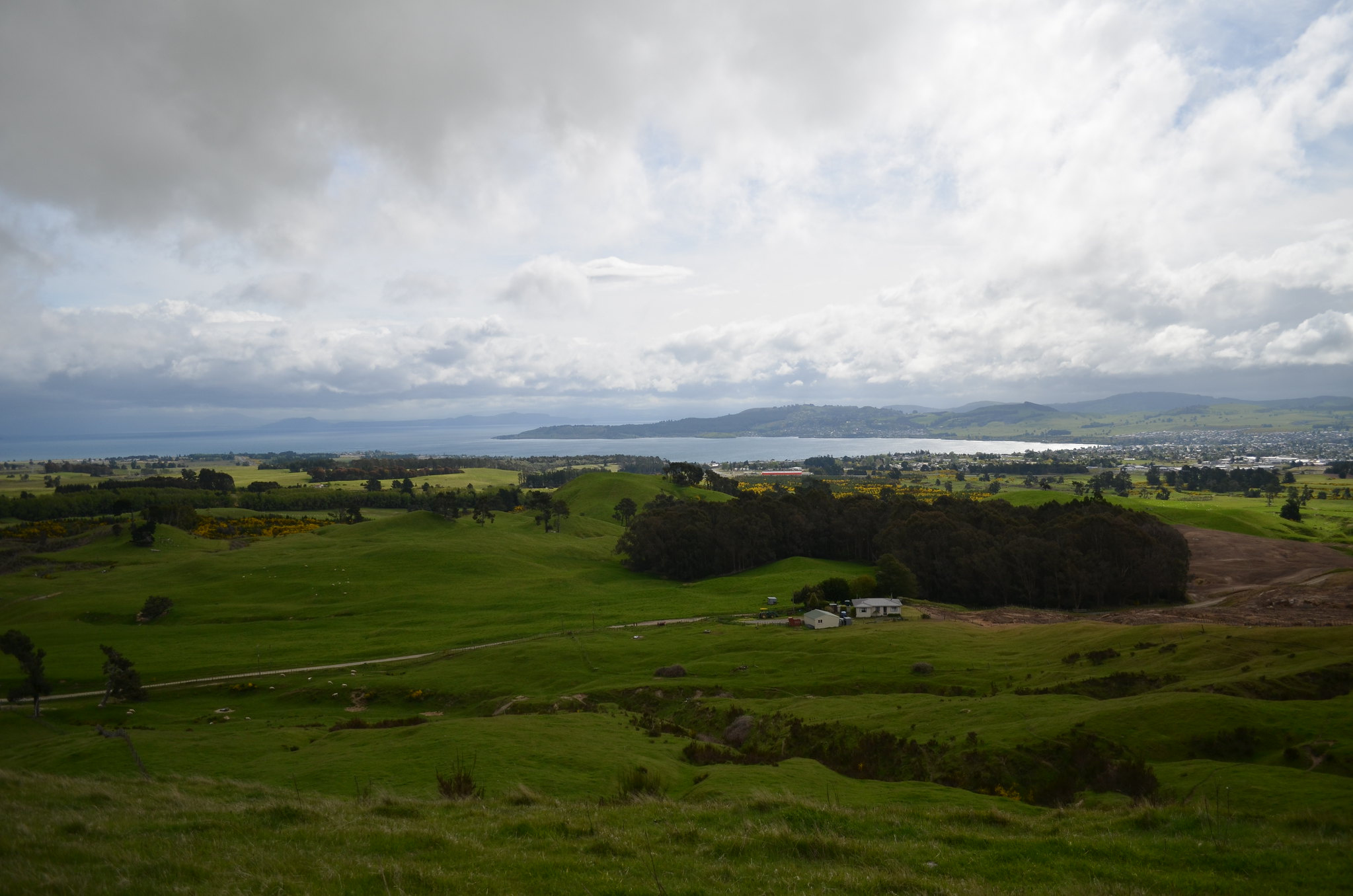 Even at the base of the mountain, we were afforded some lovely views of Taupo. Despite the somewhat gloomy weather, we were eager to fit in a hike before our fairly ambitious undertaking of the Tongariro Alpine Crossing, a one-day, 19.4 kilometer journey. I’ve found that doing a “warm-up” hike or activity a couple of days before the big event is really helpful in terms of getting your body ready for what it’s about to endure. 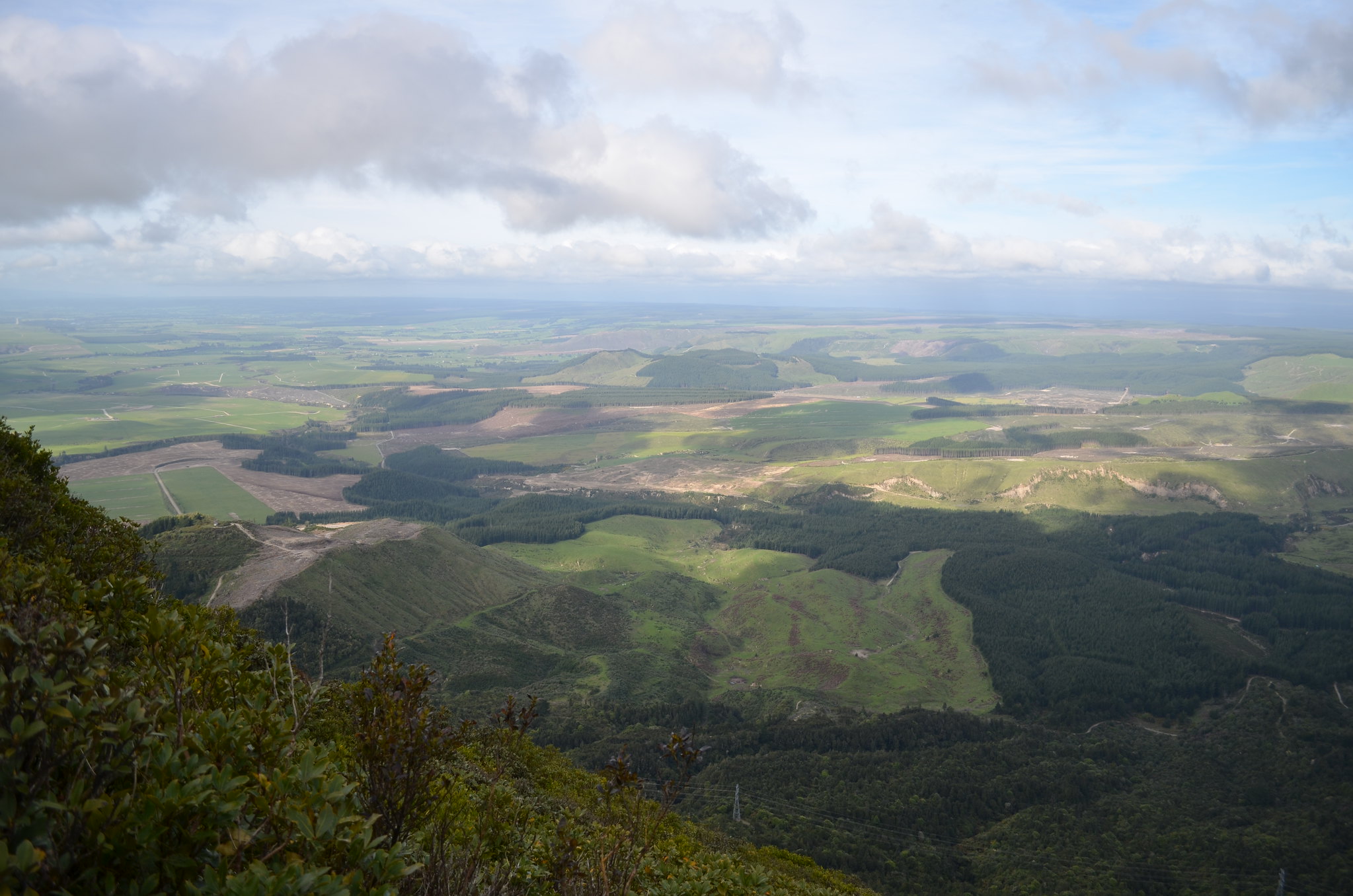 At the top of Mt. Tauhara, we were rewarded with lovely sweeping views of both Taupo and the surrounding countryside. Just look at those gorgeous cloud formations! There’s a reason the Maori call New Zealand Aotearoa, land of the long white cloud. 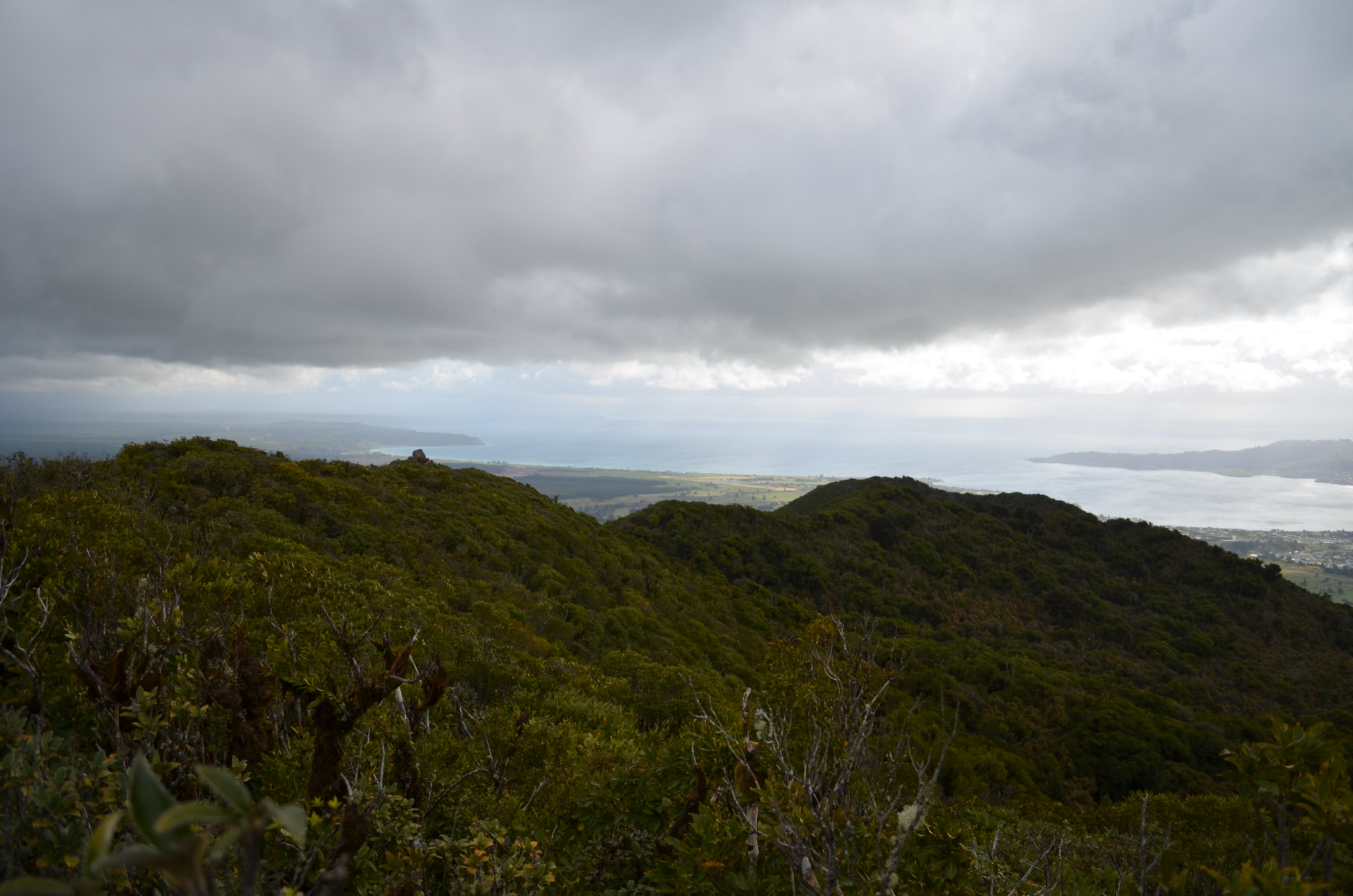 Even these photos don’t capture just how big Lake Taupo is – with a surface area of 616 square kilometers, it’s the largest lake in New Zealand. The lake is ringed by several dormant and active volcanoes, and itself is the product of land collapse following an eruption. 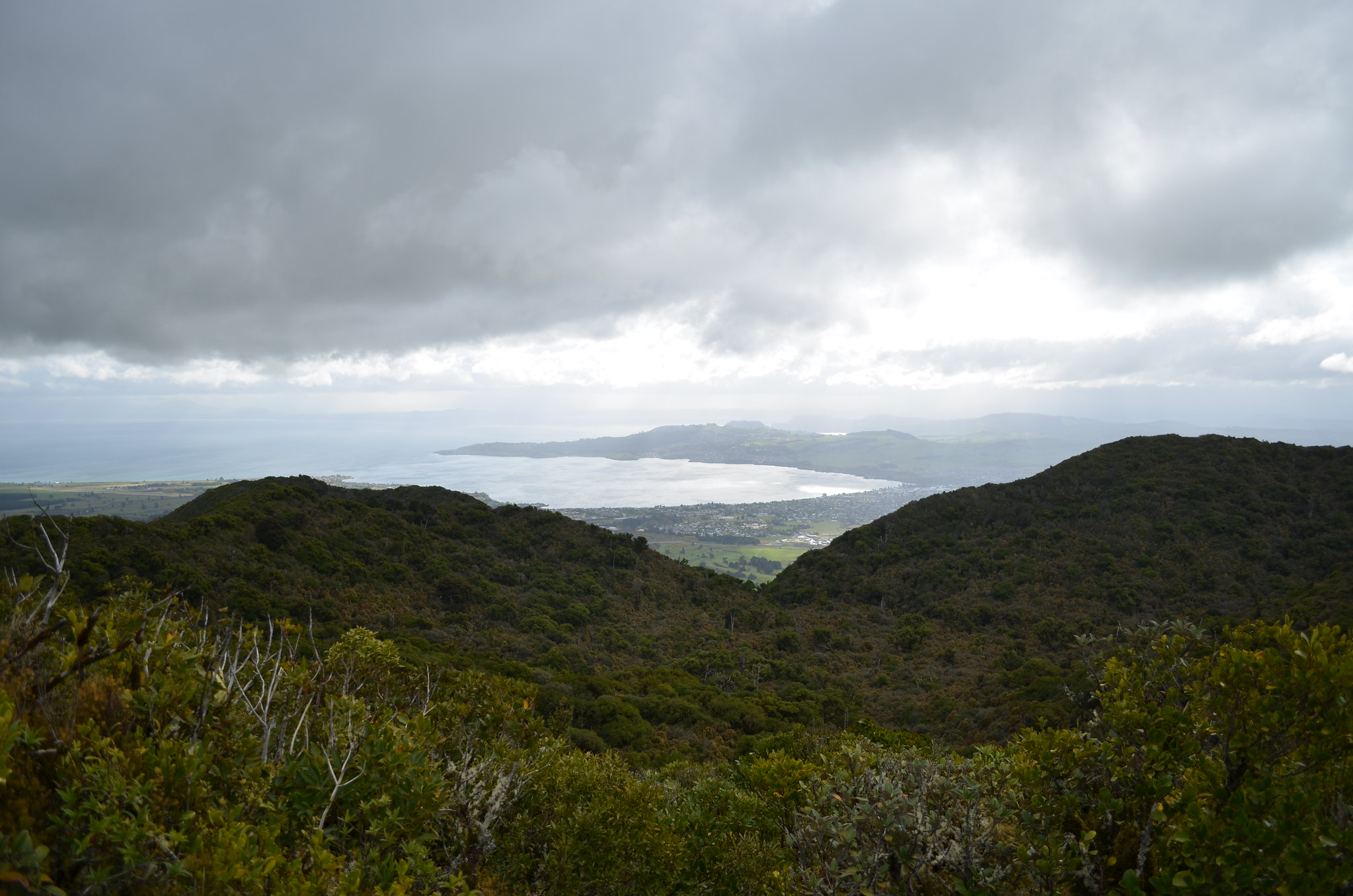 When we returned from our jaunt up the mountain, our AirBnB host treated us to a delicious roast chicken dinner followed by a scrumptious chocolate creme pie (which I’ve since made several times, much to the delight of fellow travelers). 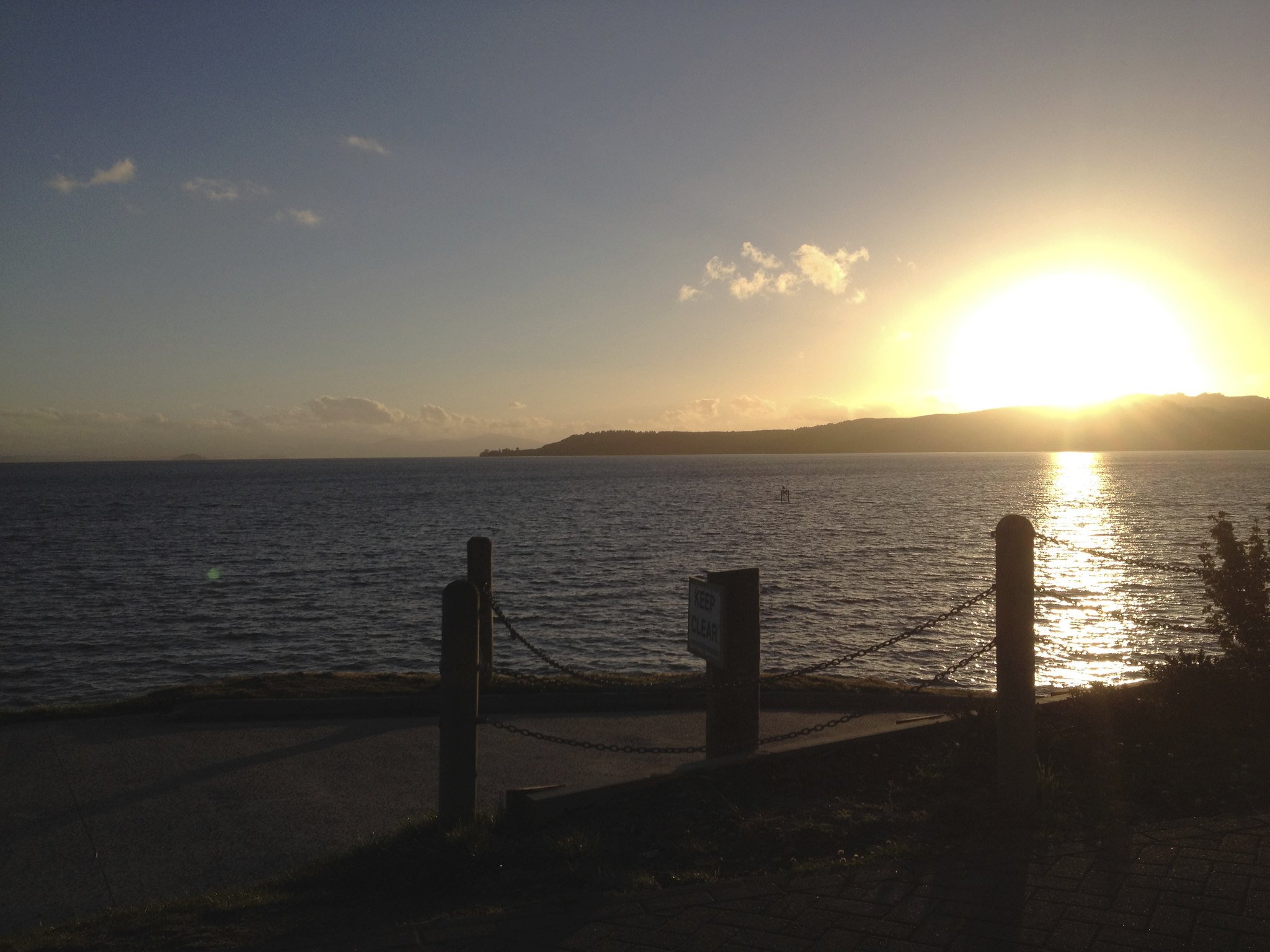 Another evening, after the aforementioned 19.4 kilometer hike, we indulged in an extremely meaty dinner at Jolly Roger’s, where I had a strange roll/stew concoction called a beef pastie. After stuffing ourselves, we watched the sun set over the lake. 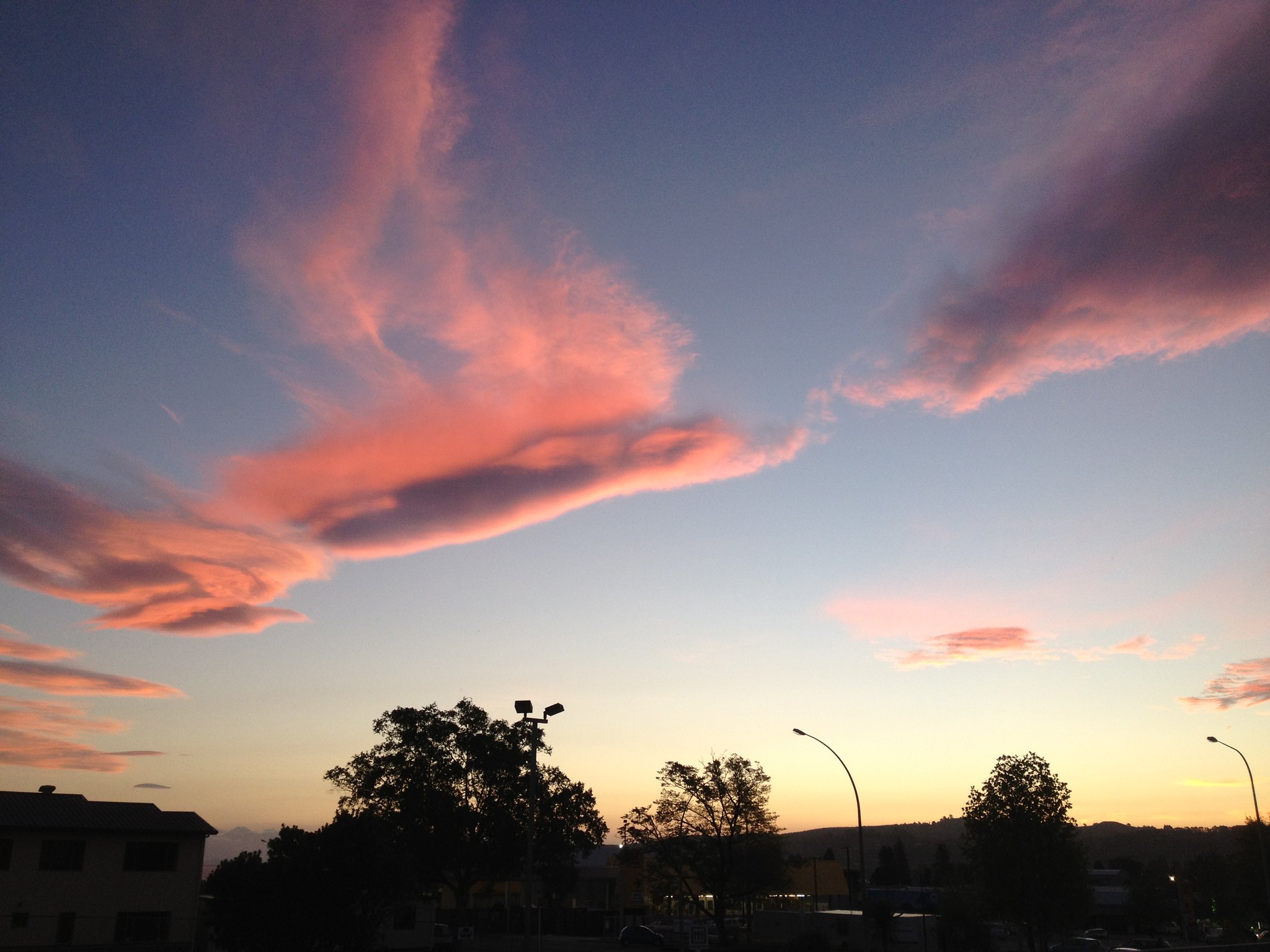 Even though we extended our stay in Taupo by a couple of days, we still missed out on two very cool things. The first was seeing the white water explosion and natural wonder that is Huka Falls. The second were the Maori rock carvings on the north west side of the lake, which are only accessible by boat or kayak. Having seen others’ photos of these two wonders, I wish we had found the time (and energy) to see them ourselves! But you can’t fit in everything when you’re traveling, and doing the Tongariro Alpine Crossing in lieu of much else was still the right decision.

In sum, I can’t recommend Taupo enough. It’s lovely, charming, smallish but not tiny, and is well-situated with respect to several other key tourist areas: sulphuric Rotorua, magical Hobbiton, and, most impressive of all, the stupendous, unpredictable, Tongariro National Park – which, coincidentally, will be the subject of the next New Zealand post. Until then!