Apart from the numerous challenging hikes surrounding Whangarei, there are two other features you can’t miss. First, Whangarei Falls, considered the most picturesque waterfall in New Zealand because of the dramatic views it affords at just about every angle. “Whangarei” is pronounced “FAHN-gah-ray,” so “Whangarei Falls” is, in fact, alliterative. 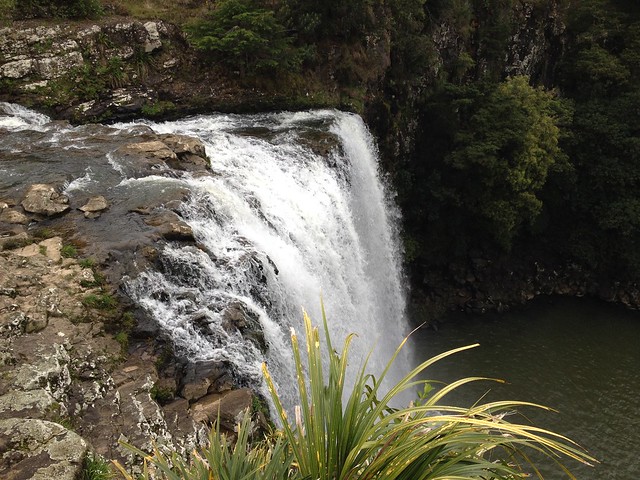 The falls are located a short distance outside of Whangarei, and there is an easy 1-km loop track that you can take around the base of the waterfall. 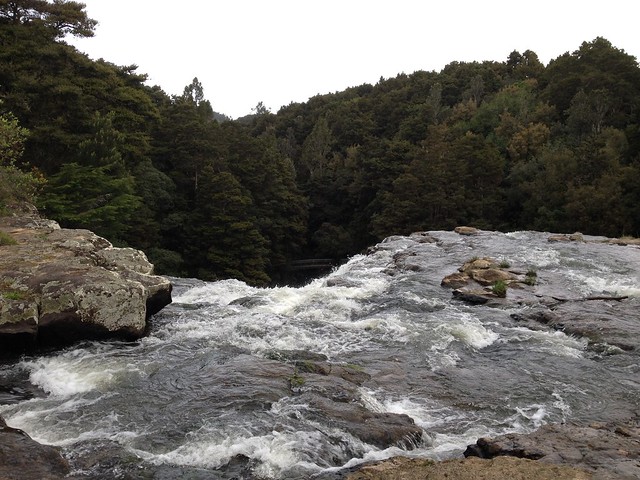 The water is clear, frothy, and enticing, and there are several signs warning people not to jump from the top of the falls into the pool below. If it had been a few degrees warmer, though, we would have likely taken a dip in the large pool! 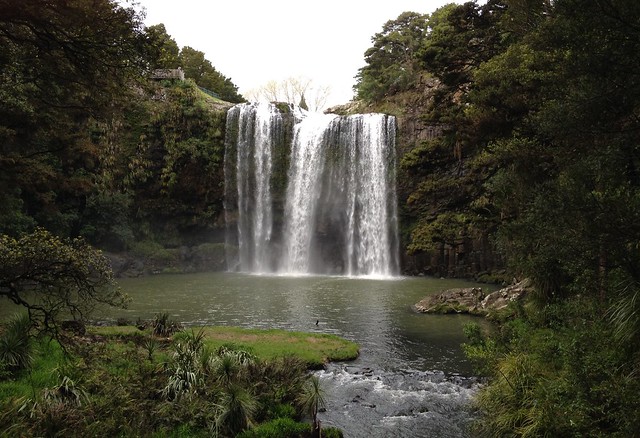 For someone who’s only seen a handful of significant waterfalls in her lifetime, Whangarei falls was beautiful and impressive.

The second activity also involves a short loop walk, this time through several grazing plots featuring perpetually munching cows. The Abbey Caves are a trio of small limestone chambers accompanied by impressive above-ground rock formations. If you’re an experienced caver (which I am decidedly not), then you are welcome to explore the caves with a flashlight and some waterproof boots. Rumor has it that you can sometimes see glowworms inside. 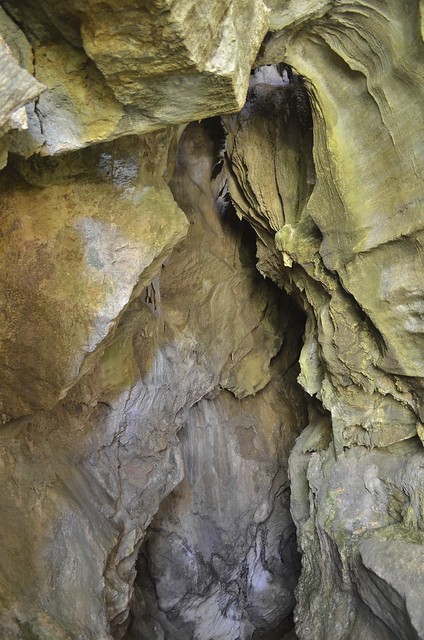 The first cave we saw was Organ Cave. I was unwilling to get very close to the entrance because of the moist, cold air emanating from inside, but G. was able to get some impressively detailed photographs. 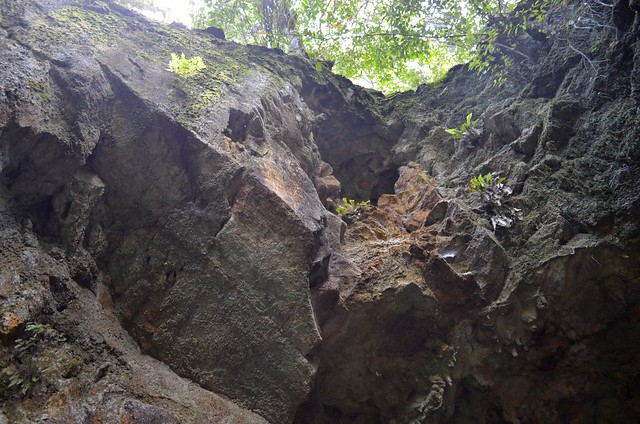 The area surrounding the caves is, as you would expect, absolutely beautiful and filled with verdant vegetation. 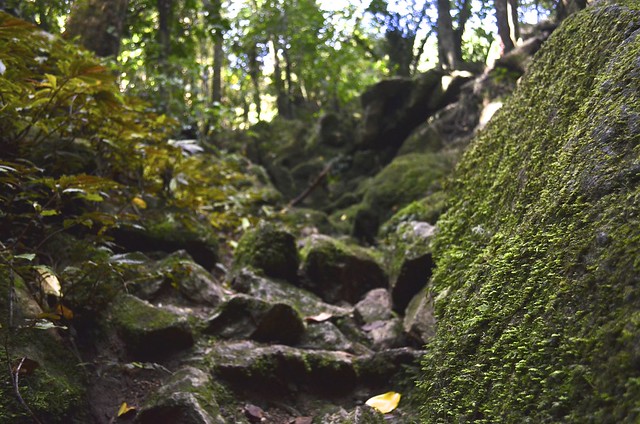 Middle Cave is right where you’d expect it to be… in between Organ and Ivy caves. 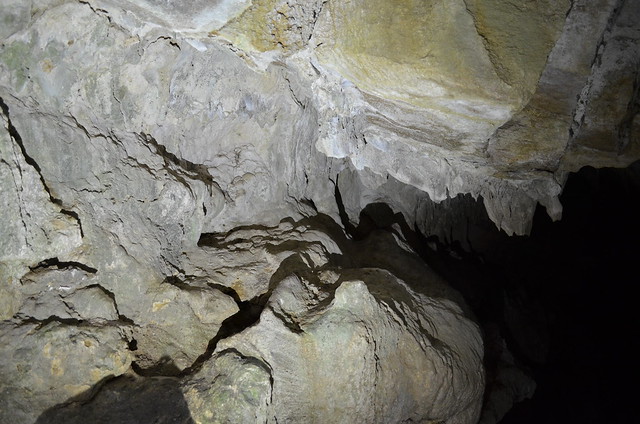 Almost as impressive as the caves themselves were the striking limestone formations in the surrounding fields. 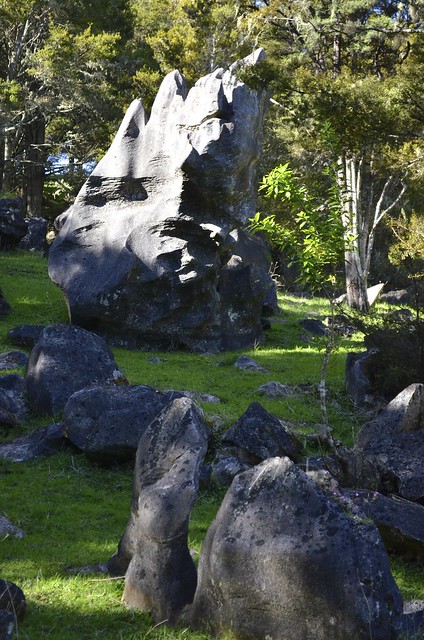 Like everywhere else in New Zealand, ferns grown in abundance near the caves thanks to the constant water supply and cool, damp air. 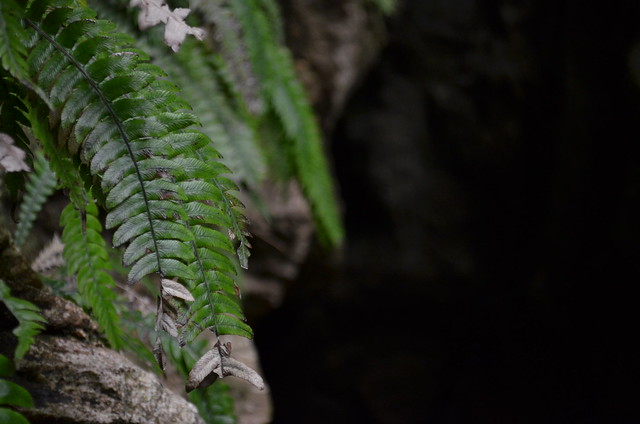 The third cave, Ivy, was my favorite. The entrance is slightly larger, enabling you to see more of the inside. The clear pool of water at its base provides evidence of the stream that runs through the cave, forever working its way through the soft limestone. 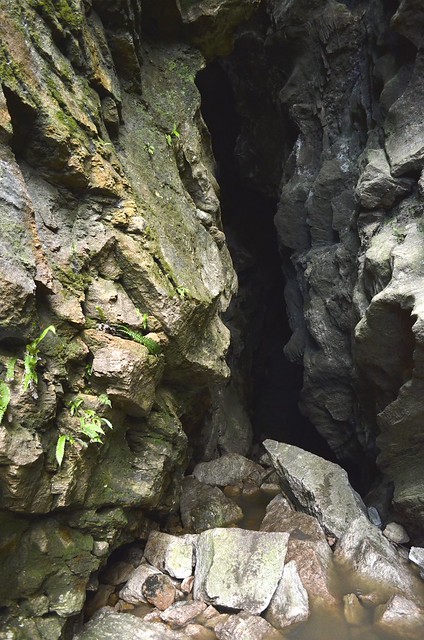 The most surprising part of our visit to Abbey Caves, though, was the bovine encounter we had on our way out of the reserve. We spotted one young cow, then a second, then a third. They congregated for a moment to discuss our presence, then abruptly walked up the side of the hill to begin grazing in the green grass surrounding us. 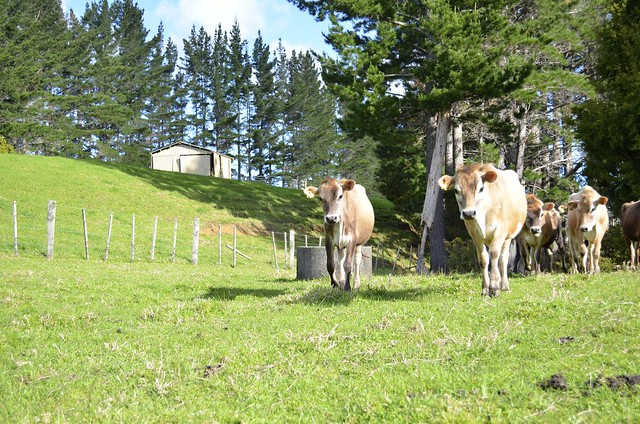 I’m pretty sure it’s the closest I’ve ever been to a (live) “free range” cow! 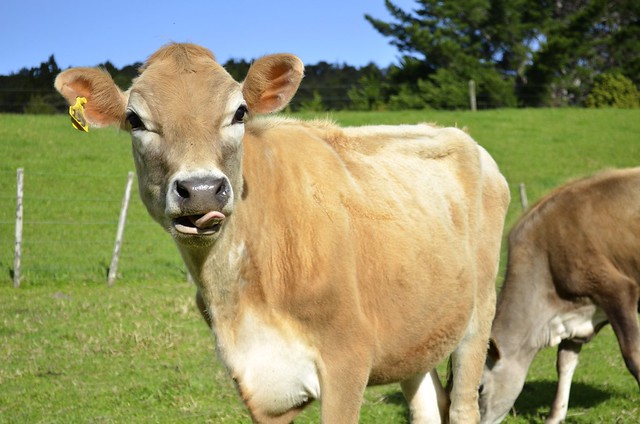