After leaving Whangarei, New Zealand’s northernmost major city, we drove an hour even further north to the town of Kerikeri, pop. approximately 6,500. While there, we stayed in the most luxurious Airbnb booking to date — a beautiful, modern home in the countryside surrounded by bleating sheep, grazing cattle, and a grove of orange trees. If you are planning to visit Kerikeri in the near future, do let me know and I’ll share the Airbnb accommodation details with you.

Our first major outing was to Rainbow Falls. While you can access the waterfall via the nearby carpark, we opted to hike from The Stone Store — New Zealand’s oldest stone building — in the heart of historic Kerikeri. This gave me an opportunity to test out my brand-new hiking boots. 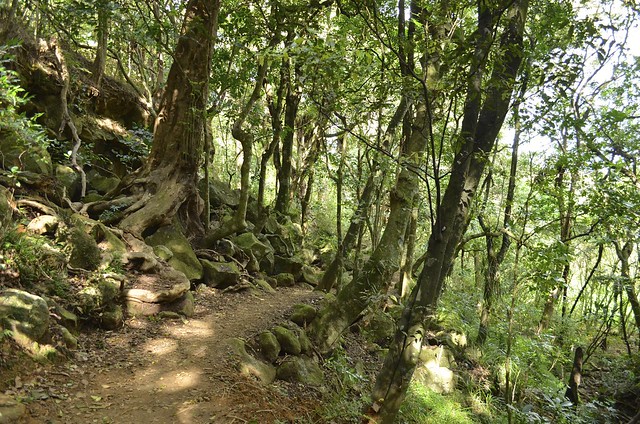 You start the hike by crossing the bridge across the Kerikeri river and taking a sharp left turn across the grassy field. The walk itself is certainly pretty enough to merit the extra effort! There’s even another, smaller set of falls along the way: Wharepuke Falls. 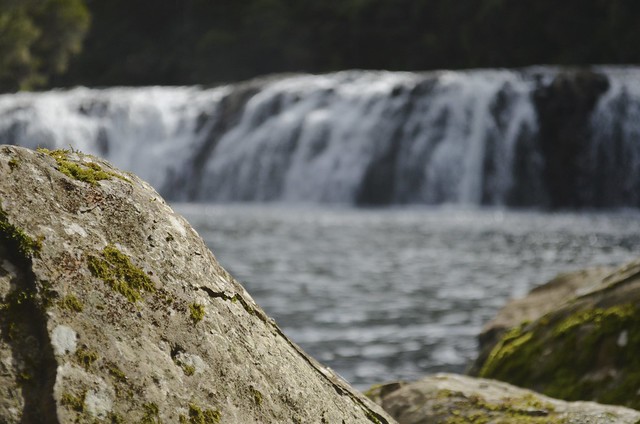 You continue to follow the babbling river past the aptly-named Fairy Pools, a grove of slender, gray-white trees, and finally, a row of tempting, but off-limits, orange trees before arriving at Rainbow Falls. 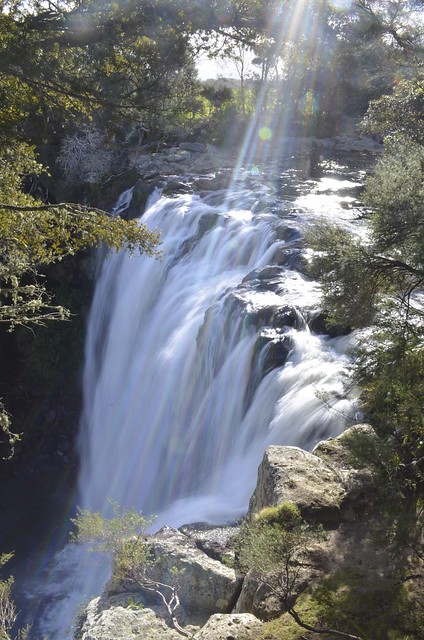 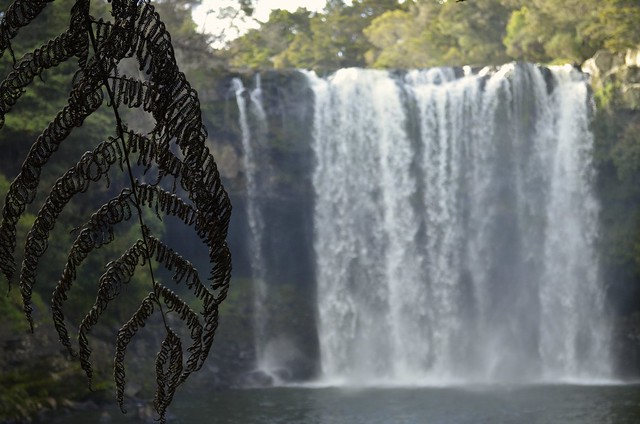 We spent several minutes taking photos on the elevated wooden platforms before turning around, retracing our steps, and rewarding ourselves with delicious beers & chips at The Pear Tree pub (highly recommended).

The next morning, after buying honey, coffee, and hot bacon & egg sandwiches at the Bay of Islands farmers’ market (also highly recommended), we undertook a small road trip to the west coast on the opposite side of the peninsula. We stopped for midday beers at Horeke Tavern, located right on the edge of the Hokianga Harbour, and watched as the locals kicked off a very competitive pool tournament. 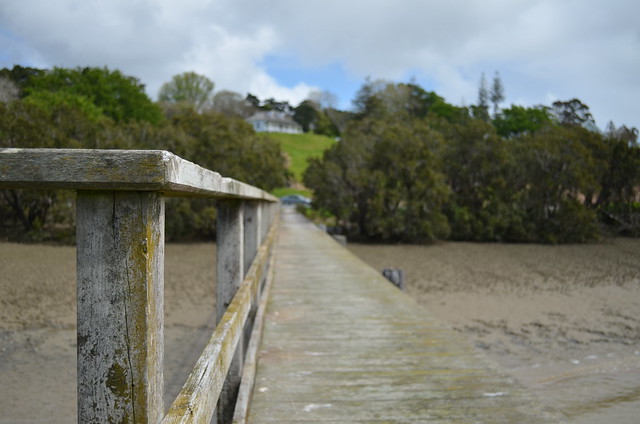 We then drove five minutes up the road to have a look at the Mangungu Mission house, where a signing of New Zealand’s Treaty of Waitangi took place. 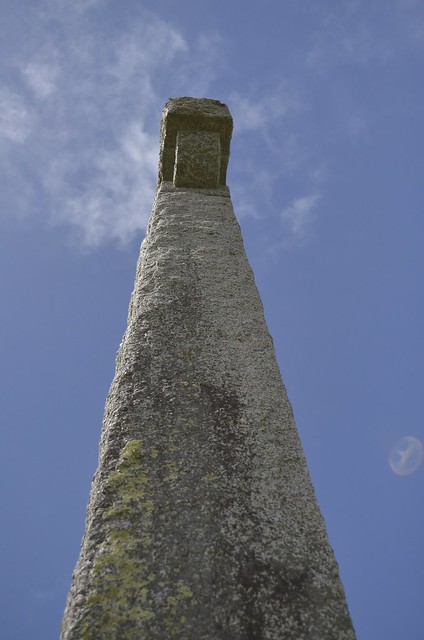 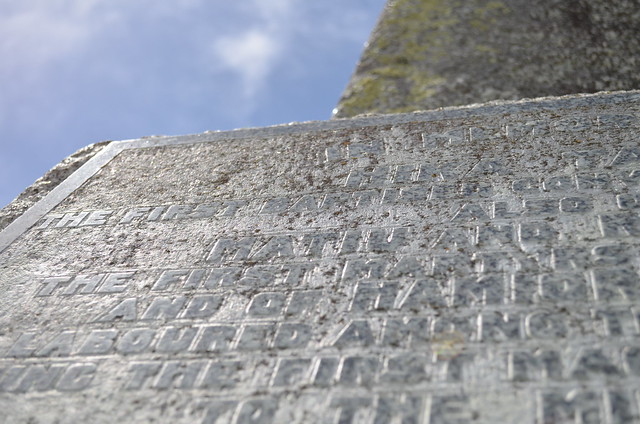 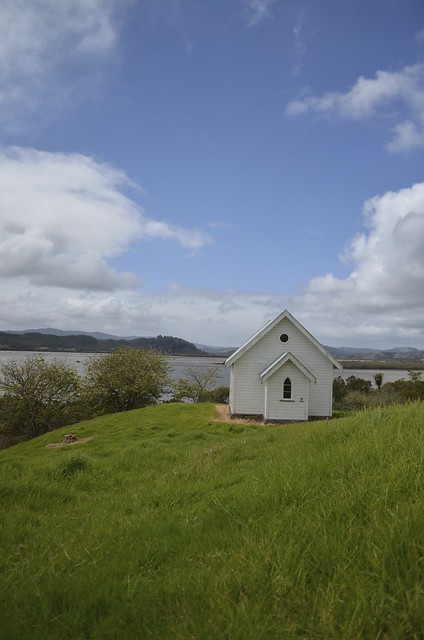 Perhaps it was the beers, but we mistook the small chapel (pictured above) for the actual mission house located several meters up the road. Oh well. Guess that explains why the chapel doors were locked…

The beers continued to influence our navigational abilities as we took a lengthy detour down a gravel road. Although I was fuming when we hit a dead end and finally realized our mistake, the stressful drive did afford us some incredible views of the valley below. 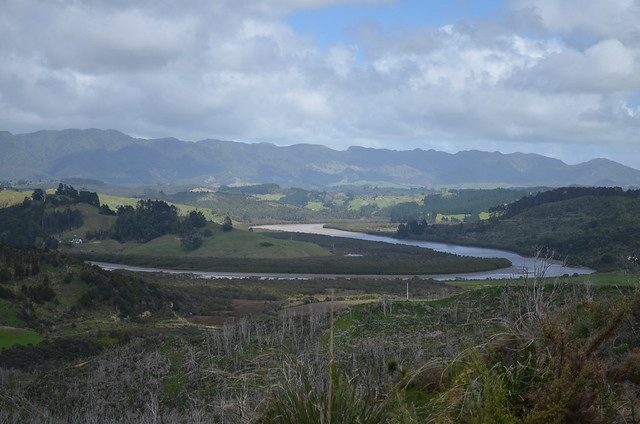 At long last, after another hour and a half of tedious driving on backcountry roads, plus a near panic attack when the fuel light went on and a gas station was nowhere in sight, we reached our destination. 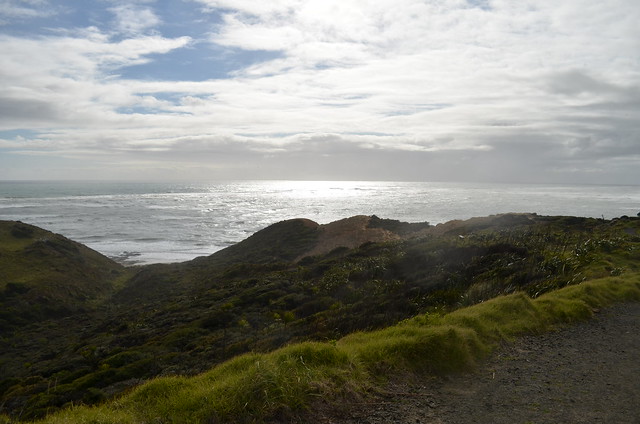 Magnificent coastal views abound at the Arai-Te-Uru Recreation Reserve, a short drive down Signal Station Road past the town of Omapere (where, yes, there is a petrol station). We got there just as the sun was starting to set, casting its diminishing rays across the landscape. 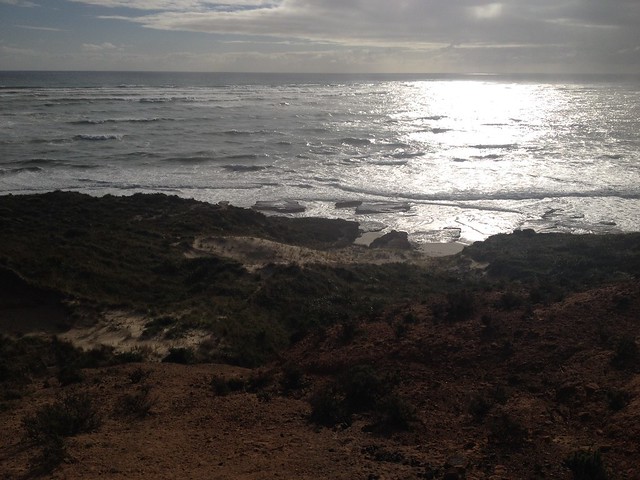 We could even see the famous giant sand dunes across the harbour. 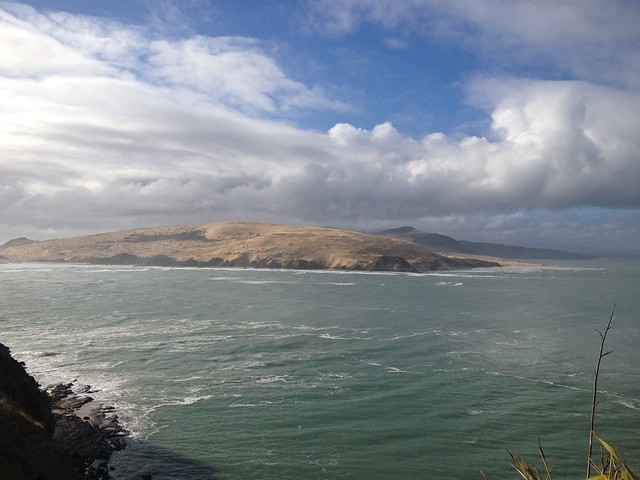 If we’d had more time, or known that the area was so beautiful, we might have attempted the 3-hour/10-km Waimamaku Coastal Track. As it was, we had just enough time to make our way down to the rocky beach before turning around and driving back to Kerikeri. 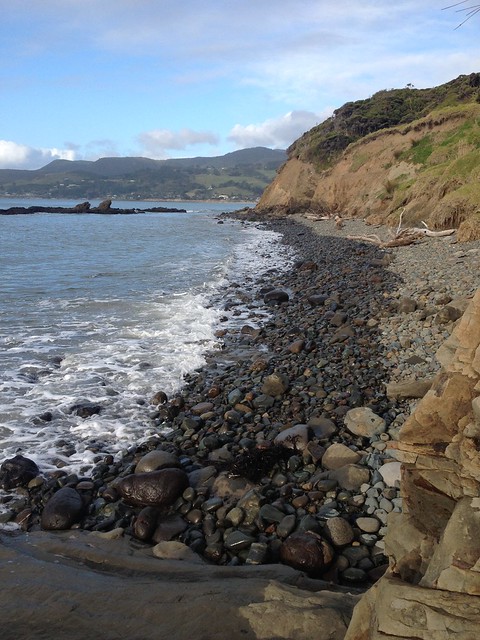 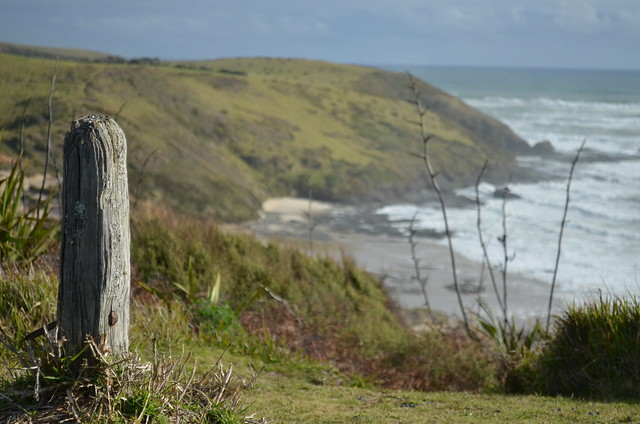 Something you don’t realize growing up in the urban/suburban United States is how numerous and prominent the stars are. Before coming to New Zealand, I’d never seen the milky way with my own eyes — but now I’ve seen it many times, on Waiheke Island, from a porch in Kerikeri, and above a ridge of pine trees in Waipapakauri. It’s one of those things that you never realized you were missing. Now, with a little patience, clear weather, and a good camera, it’s possible to capture the indescribable beauty of the New Zealand sky at night. 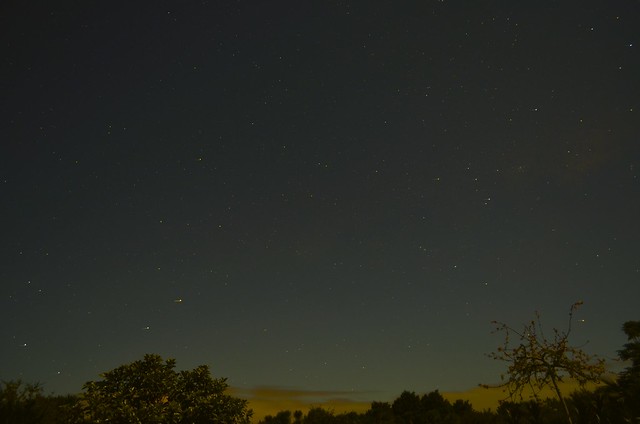 I hope you’ve been enjoying hearing about my travels through New Zealand. You might have noticed, though, that I haven’t been posting as much lately. Part of that is because the days are full and access to Internet intermittent, but it’s also because I’ve hit something of a blogging rut. If you have any suggestions or ideas about what you’d like to see here on Literary Vittles (apart from more photos of New Zealand, of course!), please feel free to let me know in the comments section below.