These past few months have been marked by another dramatic slowdown in blog content, and that is something I would like to rectify. I forget, sometimes, how useful blogging is as a creative outlet, and my desire to produce meaningful content has not diminished. Adjusting to a new city and a new 40-hour workweek (with a 45-minute commute at each end) has taken its toll, as has the absence of readily-available academic content to share with readers (i.e., I don’t work in a library anymore). As such, I have reconsidered what the focus of the blog should be, and have come up with the following broad categories. 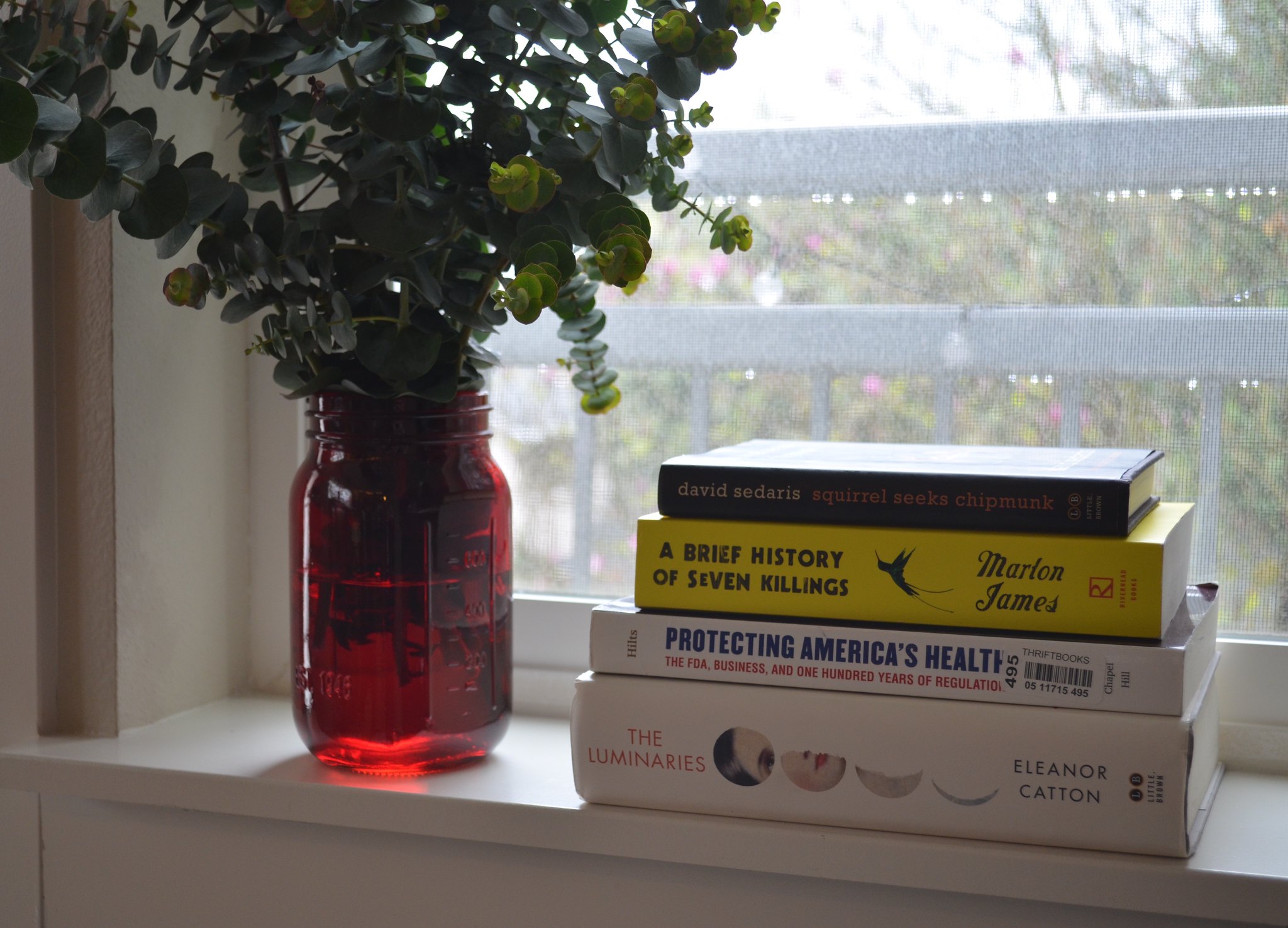 First and foremost, Literary Vittles is a book review blog, and several of my lengthier literary evaluations are some of the blogs most-viewed posts, aging well over time. These past few months, I haven’t been reading as much as I should; I finished an underwhelming book last August, and another worthless read last night. However, here is a stack of much more promising upcoming reads. I’m already about halfway through the nonfiction book on the Food & Drug Administration and it’s surprisingly excellent. Look forward to more book reviews in the coming months. 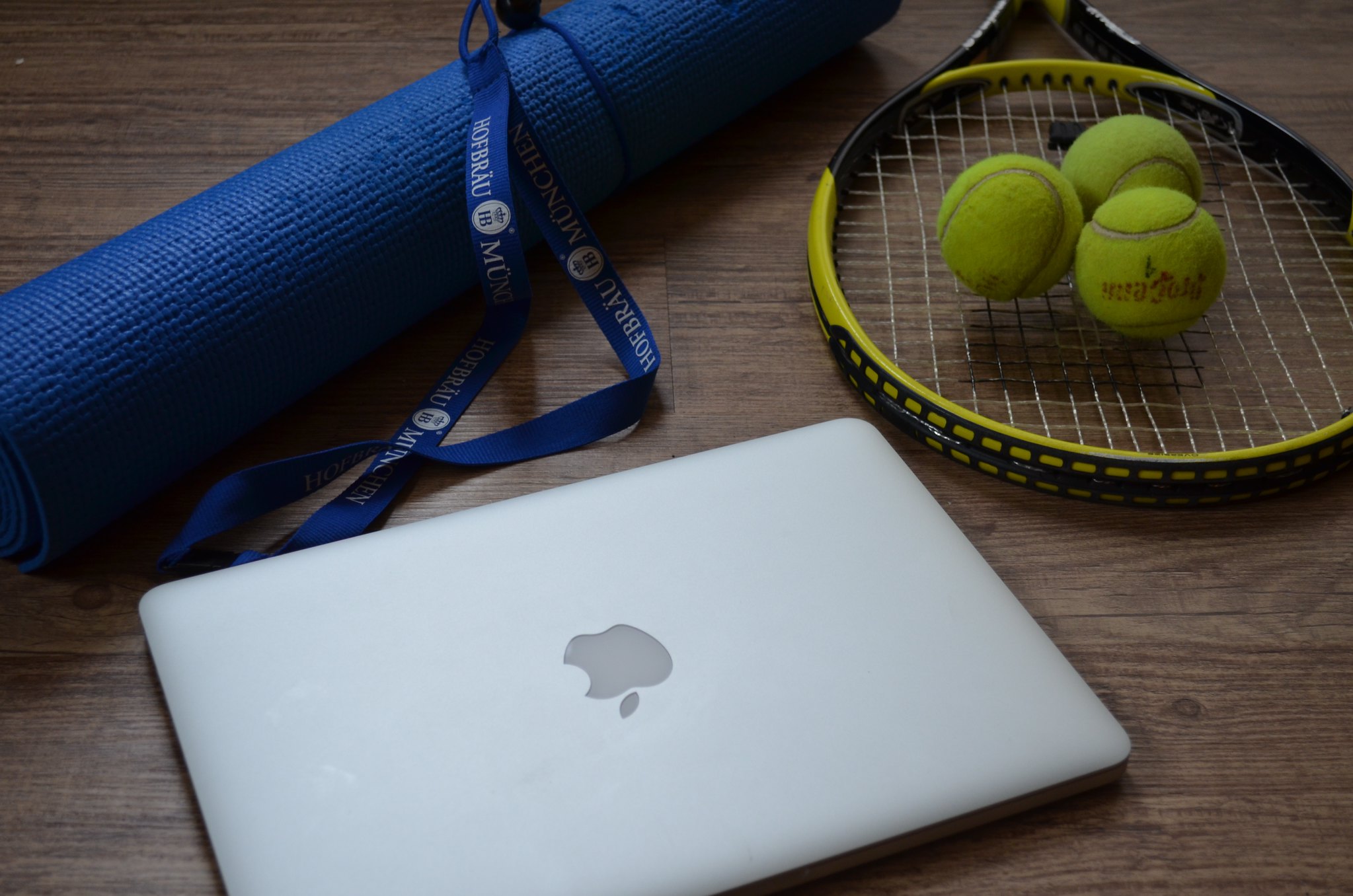 Over the past couple of years, I have implemented several healthy changes and now feel about 100 times better about myself. Nothing I did was unreasonable, unusual, or expensive, and having fielded questions from numerous people about exactly which changes I made, I thought a brief blog series with some sensible recommendations would be justified. The above picture is a representation of the exercise I do, which requires no gym membership and is essentially free, relying on YouTube videos and public parks and tennis courts. 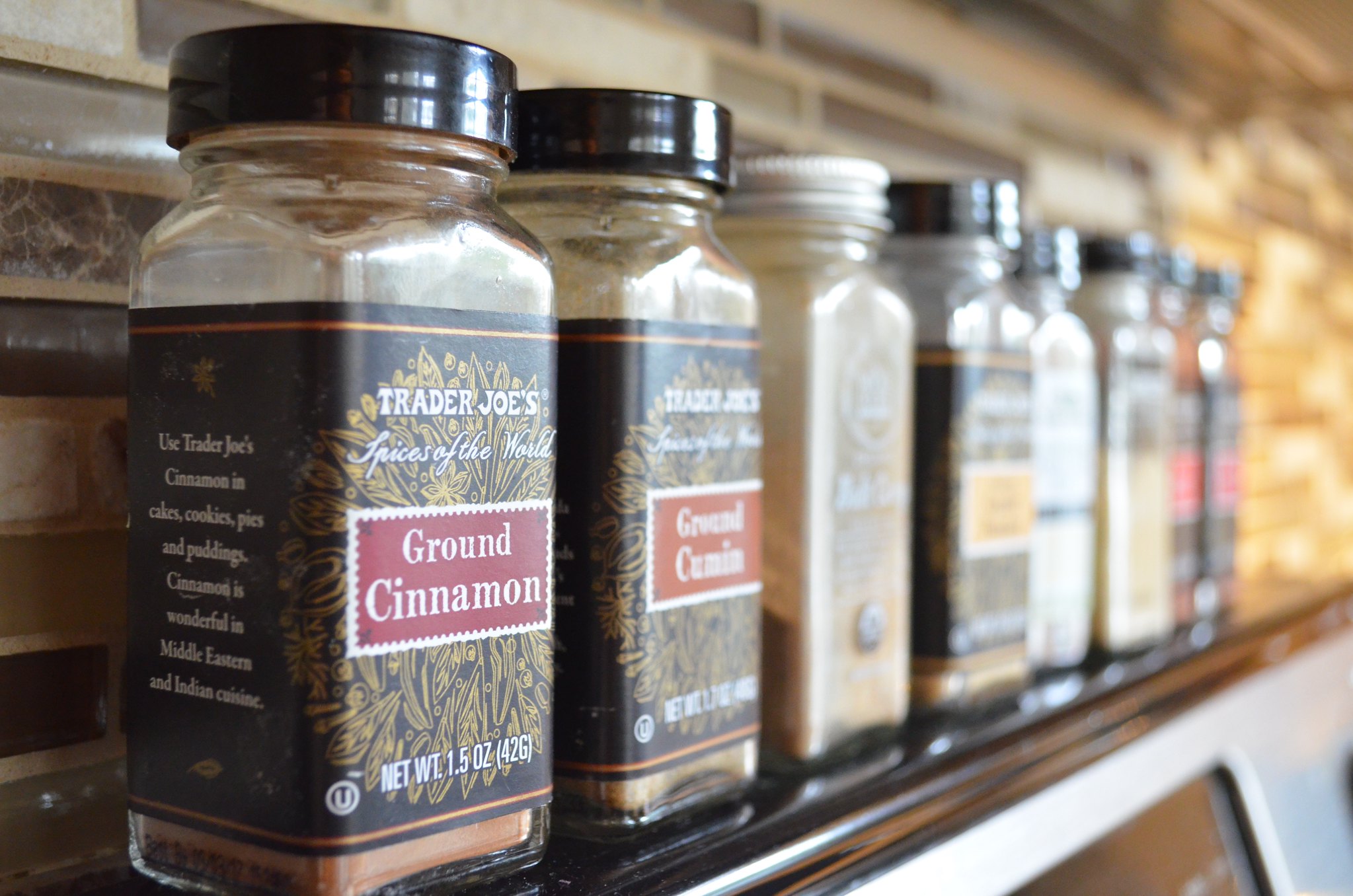 In addition, having developed several downright gourmand habits and a predilection for fancy cheese, wine, beer, produce, yogurt, and all the rest, I’d like to post more recipes on this blog. Portland has a fantastic food scene and delicious options at all prices, and I’d like to discuss some of the notable meals I’ve had thus far. When I started exercising more, my appetite picked up, and I’m more interested in flavor & nutrition as a result. 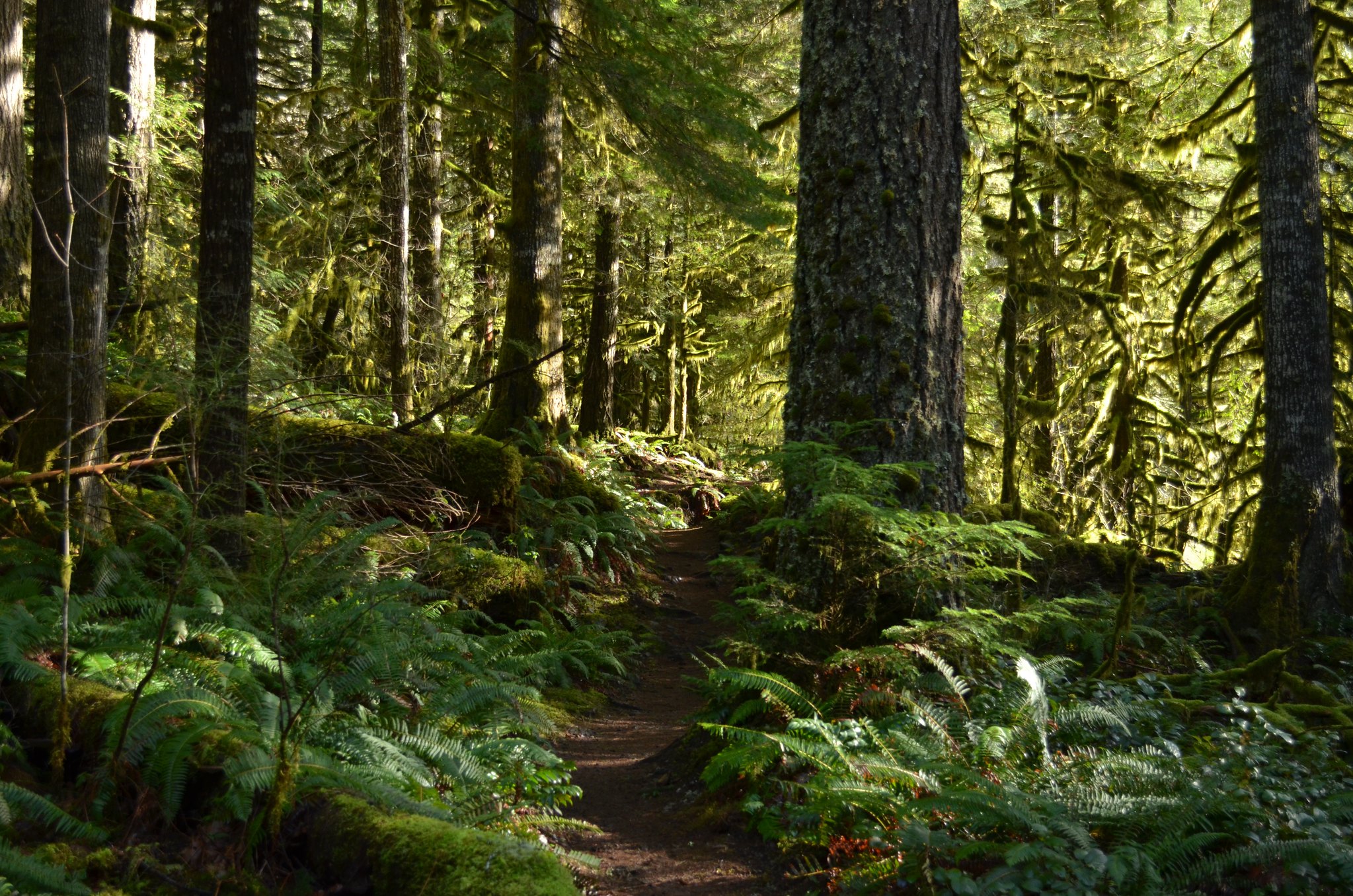 This category is a direct result of spending 11 months in unbelievably gorgeous New Zealand, where challenging trails were plentiful and considered something of a national treasure. We’ve only done one significant hike in the Portland area; above is a photo from the lush Salmon River Trail in Mt. Hood National Forest. As the weather improves, we’ll be getting outdoors more and more, and recapping these trips helps me to remember how much I enjoy them. 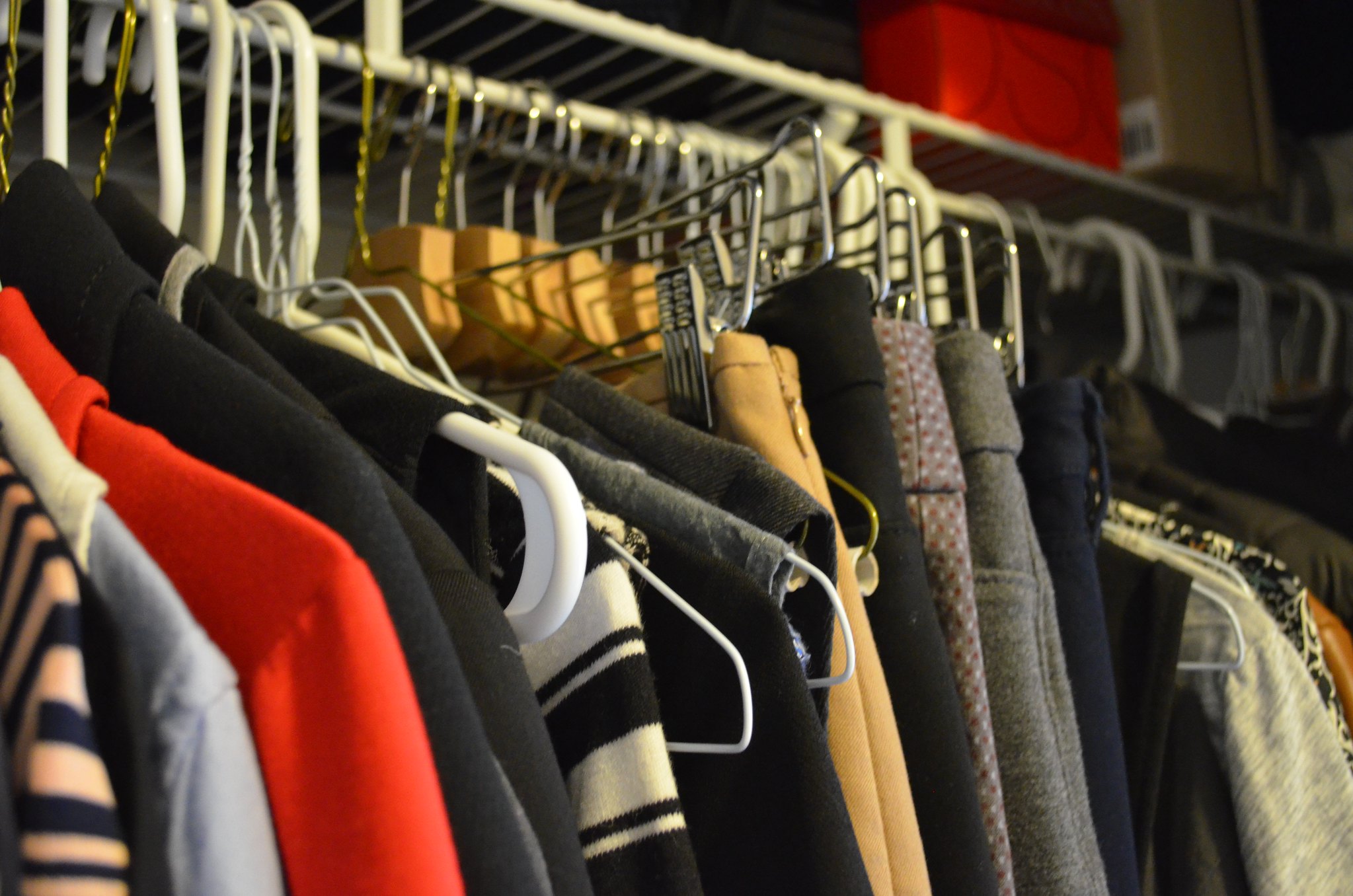 I graduated in June 2013, and since then have been struggling to accept the tenets of the 40-hour American workweek. I think that a practical series including tips on how to answer baffling interview questions, where to buy inexpensive, work-appropriate clothes, and how to interact with colleagues would prove useful. As part of this series I plan to highlight what I feel are several of the key issues with modern American work culture, making reference to influential articles I’ve read. 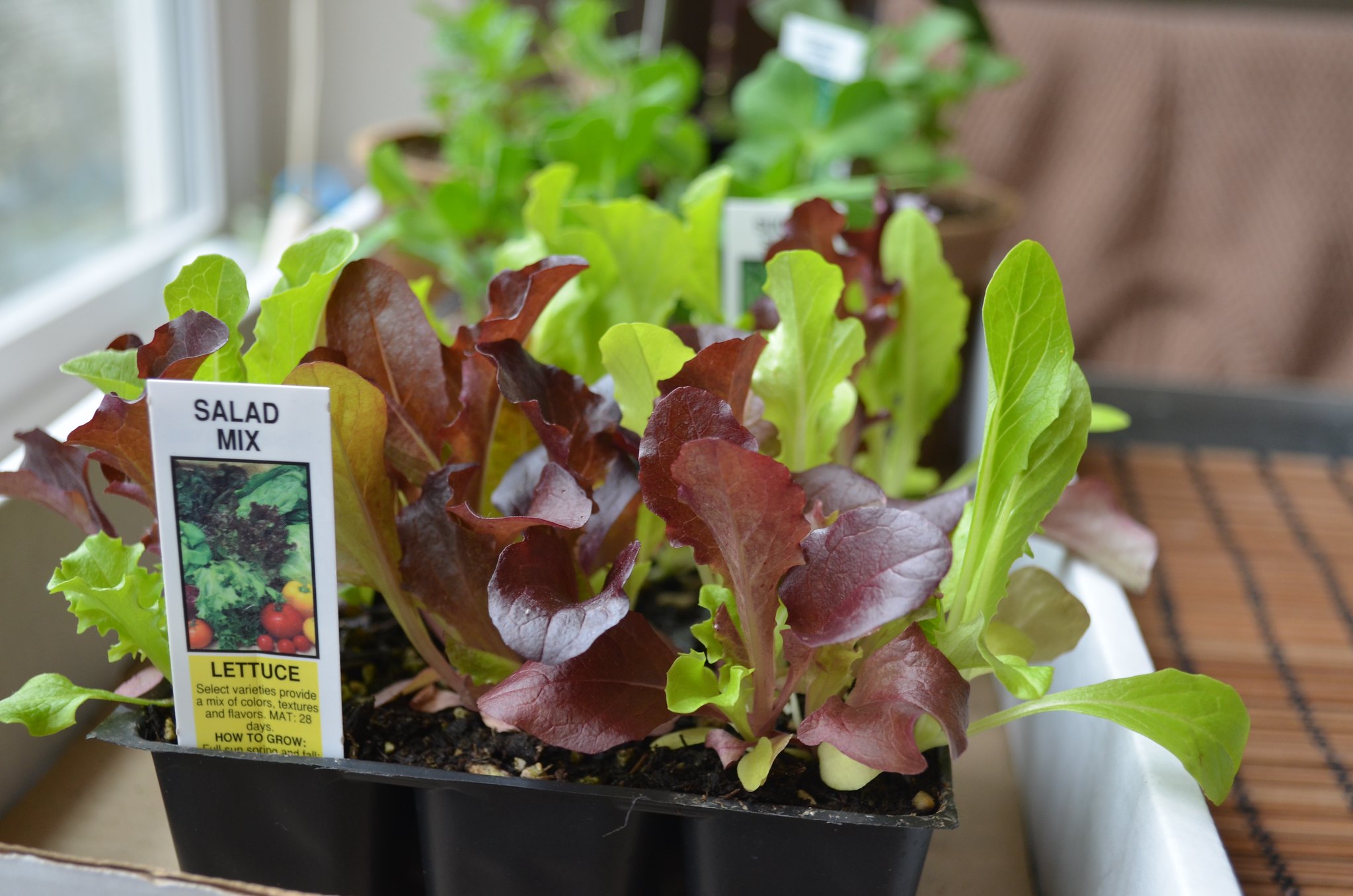 Can you tell food is on my mind? Yesterday we picked up a box of seedlings at the Portland State University farmers’ market (which is amazing!) that will hopefully agree to grow on our northeast-facing balcony. With fingers crossed, we’ll have salad greens, sweet peas, arugula, and mint growing in no time.

I will also, when inspired, discuss some social & cultural issues more in the vein of my post on Emma Watson’s He for She speech. I don’t want to lose sight of this, especially since I’m reluctant to let Literary Vittles lapse into that all-too-pervasive and somewhat problematic “lifestyle blog” category.

What you will see less of on the blog are film reviews, since regular exercise has replaced some of my more sedentary habits. Finding time to watch a 2-hour film is a struggle these days. It’s not that I no longer enjoy film, but I’ve been disappointed with most of the movies released over the last couple of years, and it’s discouraging to write mediocre reviews about mediocre films.

Also less frequent will be posts on children’s literature. Although I am still fond of the genre, the fact is that I no longer work at an academic library. I don’t have immediate access to those innovative stories and beautiful illustrations, and I don’t want to spend 2 hours each weekend at a public library scanning books. It’s a shame that this is the case, but it’s something I have reluctantly accepted.

My hope in establishing these categories is that I will resume a somewhat regular blogging schedule, start interacting other bloggers again, and encourage myself to pay attention to other aspects of life again.