In a now hopefully less-rare cinematic outing, we decided to go see Marshland [Spanish: La isla mínima] based on the three reviews posted on Rotten Tomatoes. Encouraged by its comparison to (presumably season one) of True Detective, I expected a hollow, aching murder-mystery involving female victms and two conflicted male detectives. 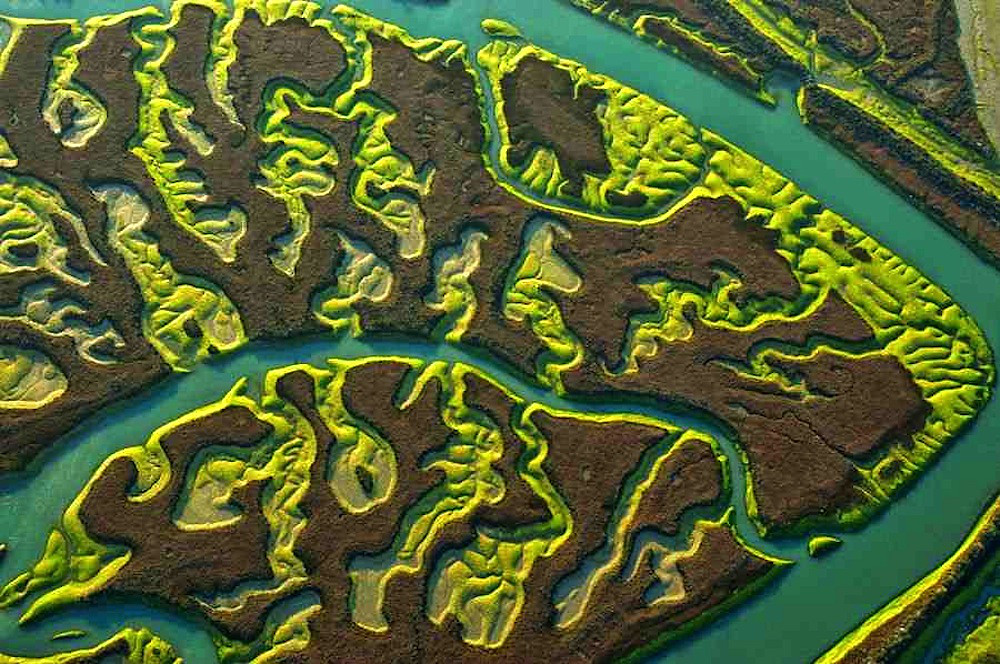 I was not disappointed. In fact, in many ways, I preferred the film to the convoluted HBO television show; Marshland is less contrived, less hyper-aware, and more elegant than its small-screen counterpart. The aerial opening sequence alone was stunning, and the film’s dry, yellow-toned color palette was beautifully and meticulously maintained. It was a dusty and sobering introduction to Southern Spain. 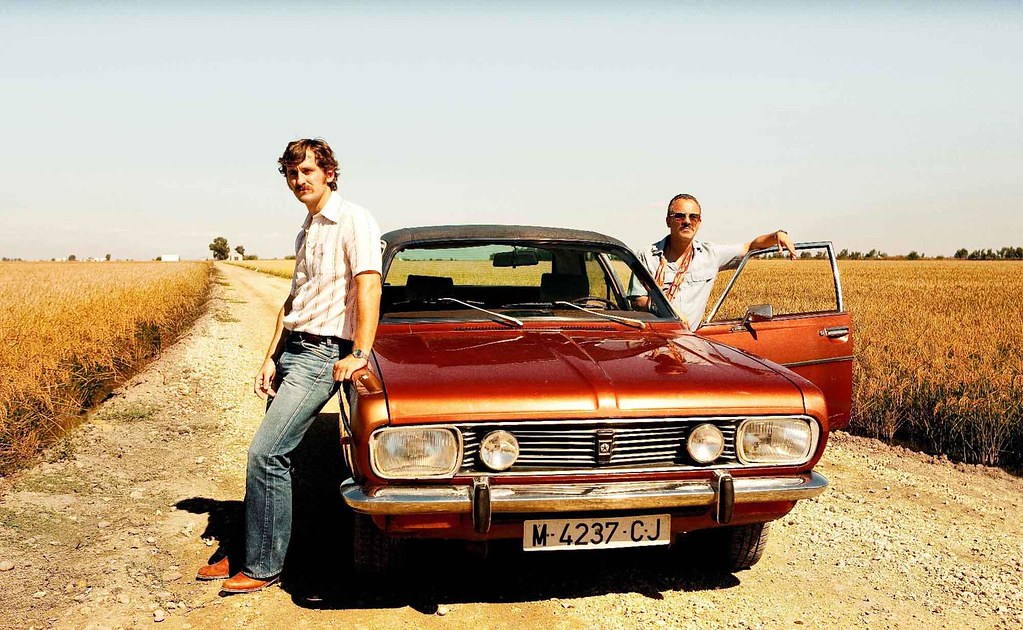 The year is 1980. The two detectives in question are Pedro (Raúl Arévalo), a young idealist who resents the lingering effects of Franco’s dictatorship, and Juan (Javier Gutiérrez), a seasoned, middle-aged detective who worked directly for the late autocrat as part of the secret police. Despite their ideological differences, the two men work well together, and don’t quibble with each other to the extent that True Detective’s Rust and Marty do. Instead, they are quietly cautious towards one another, preferring not to let their unspecified pasts muddy their professional relationship. This is, perhaps, a more realistic portrayal of how work colleagues often have to look beyond their differences in order to complete a task. 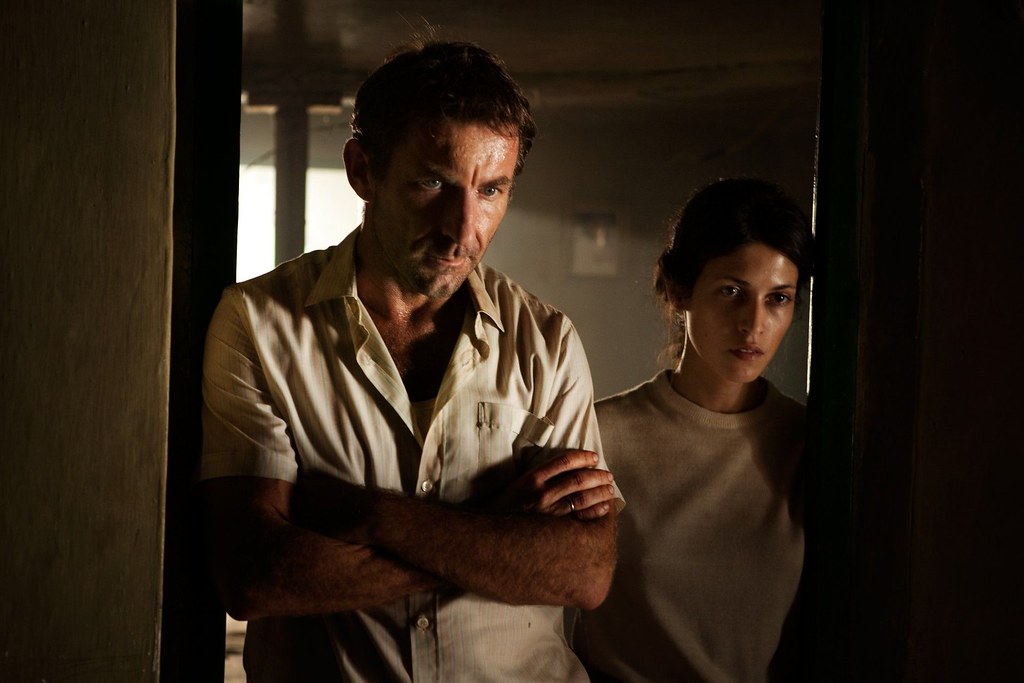 Pedro and Juan are sent to a small town in the Guadalquivir Marshes, where much of Spain’s rice is grown.Two young girls have been reported as missing, but their poverty-stricken farmer parents are less than forthcoming. Likewise, most of the town’s residents seem more preoccupied with the upcoming harvest than with any criminal investigation. Not much of the town is shown apart from the slightly dilapidated-looking festival grounds and the sleepy hotel where the detectives sometimes pass the time. Perhaps, though, that’s because there’s not much of a town to begin with. The area, and the film, is primarily composed of marshes, dirt roads, and fields of yellowing stalks.  The dialogue is fairly sparse; many cigarettes are smoked; and the general agreement is that this is not a place where most people desire to be. 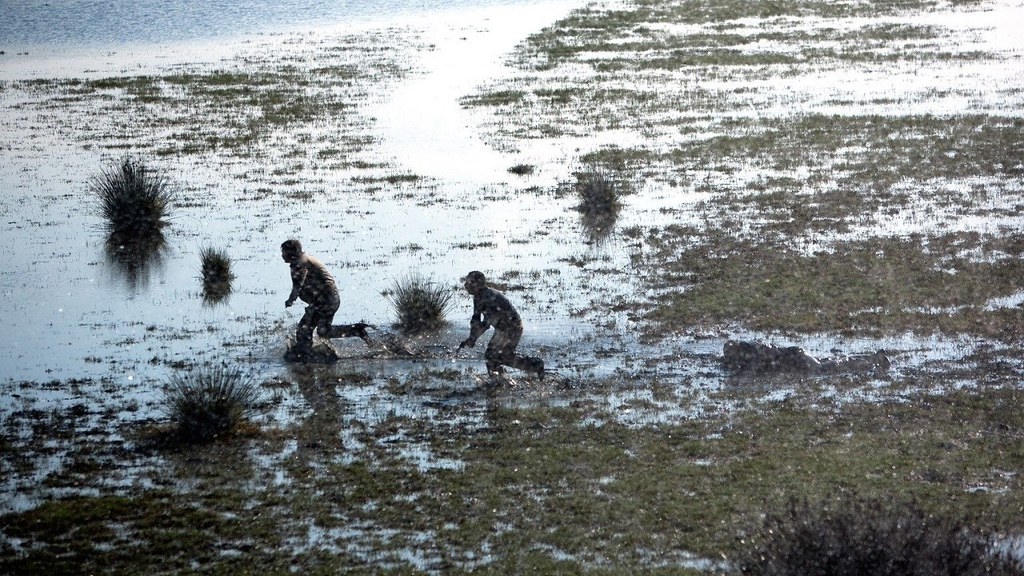 Though True Detective should be commended for its complex portrayal of the American South, Marshland is more measured in its approach, and certainly less stylistically and thematically designed. Marshland follows a traditional linear structure, and has a clear resolution. Furthermore, the tacit acceptance reached by the two men is a testament to the fact that even though good people are capable of terrible things, redemption can be at least partially attained. In True Detective, I’m not sure what the ultimate moral message was. Did Rust and Marty attain redemption, or was the final hospital scene a dream? It was all a bit muddled. 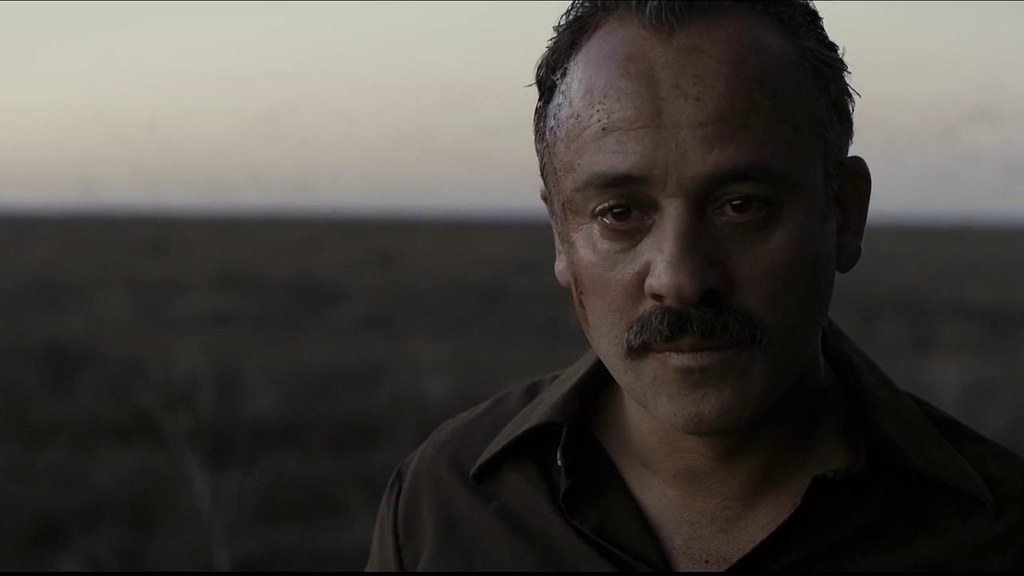 Though all of the movie’s leads displayed fine acting, Javier Gutiérrez’s detective Juan was particularly compelling. In an echo of Alejandro González Iñárritu’s Biutiful, where dying man Uxbal is visited by moths, Pedro interacts with a large blue-and-yellow bird in a surreal, dimly-lit hotel room. Unlike Biutiful, which was crippled by its own melodrama, the short sequence in Marshland was seamlessly integrated into the rest of the film and served to highlight Pedro’s psychological struggles with his past. 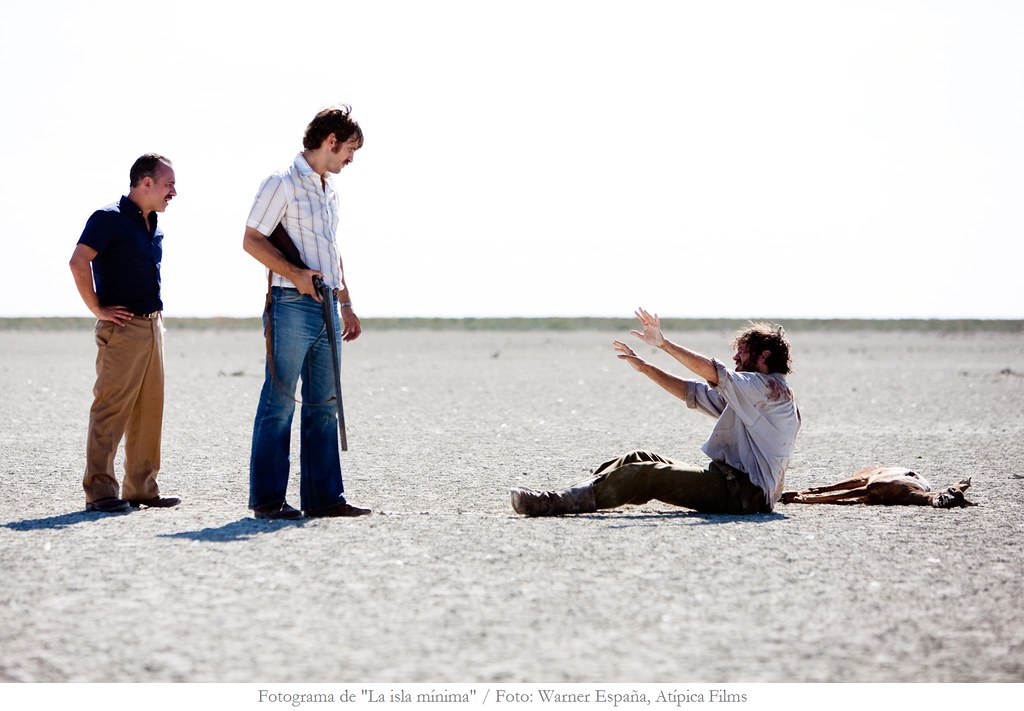 There are a handful of excellent, elegant mystery and detective movies, and Marshland is the peer of Layer Cake, Headhunters [Norwegian: Hodejegerne] and also reminds me, to a lesser extent, of the lightly chilling Take Shelter. The musical score is seamlessly integrated, the cinematography is beautiful, the locations thematically and aesthetically complementary, and the plot lightly underscored by the socio-political movements of the time. In short, it’s a neat and effective film deserving of the critical praise it has received.