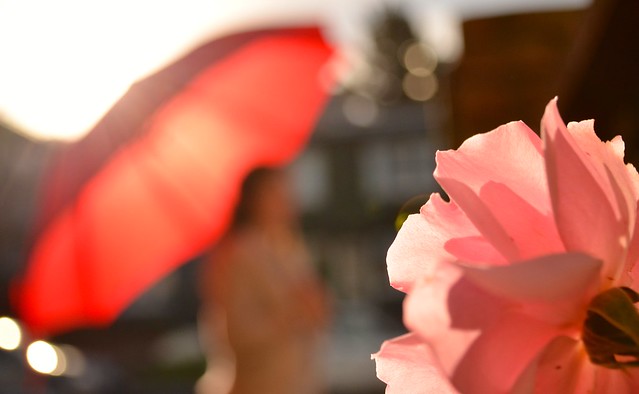 I’m definitely borrowing this idea from another blog — a blog that I am ashamed to occasionally follow, no less — but I do think it’s a fun one. Since I’ve been traveling for a good 1/3 of 2014, the items that I’ve found most “useful” are probably somewhat different than those I would have selected if I’d remained stationary. 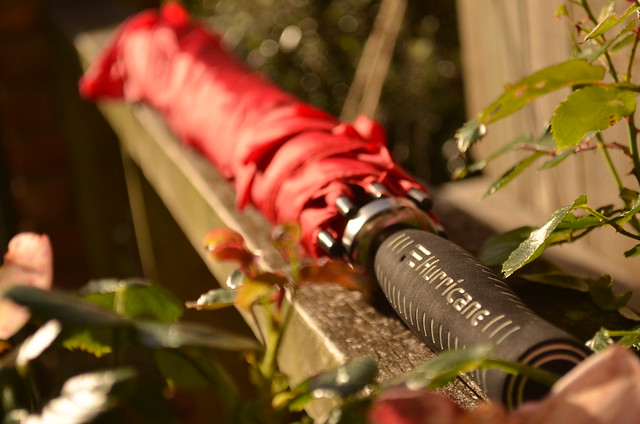 Although this aptly-named Hurricane umbrella was a recent acquisition (a Christmas gift, in fact), it has already proven its worth. Wellington, like Chicago, is known as the Windy City, and my paltry little one-person umbrella promptly flipped itself inside out as soon as I dared to open it during a routine Wellington rainstorm. In contrast, this absolutely ENORMOUS and obnoxiously bright red umbrella is large enough to accommodate two people with a nine-inch height difference, and doubles as a walking stick and a fearsome weapon. 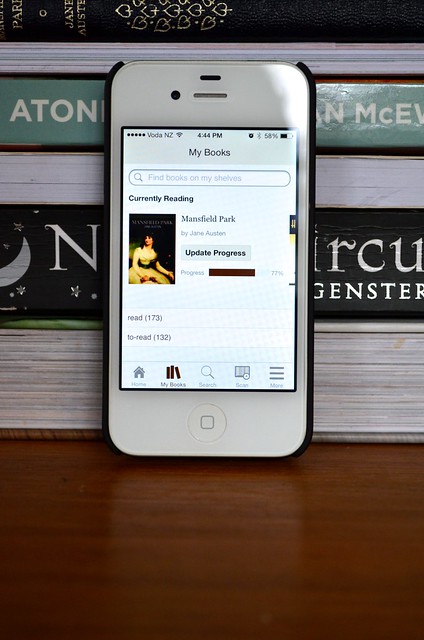 2014 was the year I joined Goodreads. Initially skeptical about the so-called “Facebook for books,” I ended up enjoying the site much more than I expected. The one-star reviews are helpful and often hilarious; I like seeing what my friends think of the books I hold in high esteem; I enjoy browsing others’ shelves and rediscovering books I forgot I’d read as a kid and teenager. I also found it surprisingly motivating — I couldn’t log on without being reminded of my 2014 Reading Challenge. Finally, it’s just a really nice, and easy to use, organizational tool. 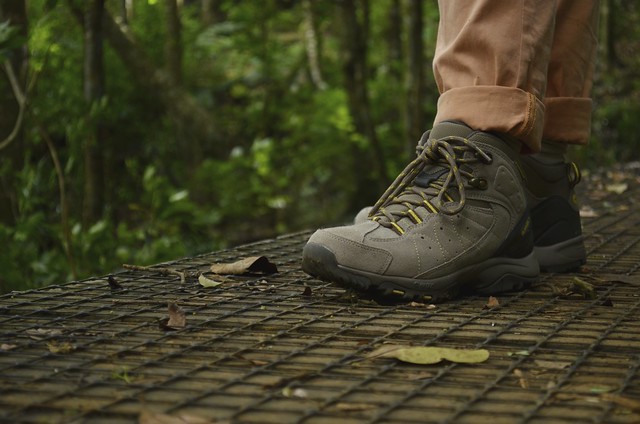 You won’t believe it, but I arrived in New Zealand without a pair of hiking boots. In fact, I’ve never owned a proper pair of boots in my life until now! After attempting a 4-hour walk through the very muddy Pukenui forest, I knew that my tennis shoes weren’t going to cut it for the duration of the trip. Enter an extremely durable pair of Hi-Tec hiking boots complete with a semi-waterproof Gore-Tex layer and the most traction I’ve ever experienced in my life. I found them to be more comfortable than the Columbia boots I tried on, though they did require a lot of breaking in. You can find Hi-Tec boots at FCO stores in New Zealand, and probably other places, too — but that’s where I bought mine (for 60% off, no less). 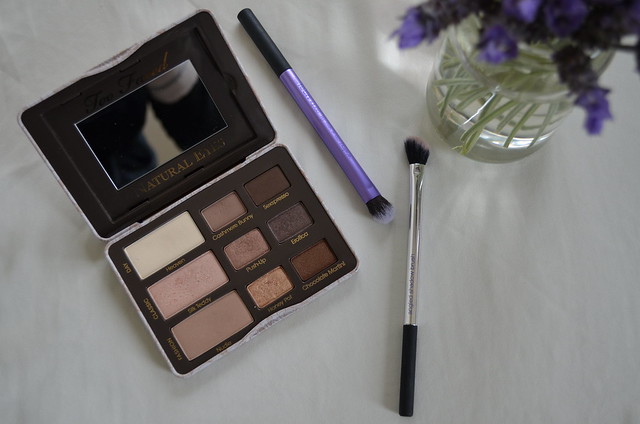 On the other end of the spectrum is this incredibly lovely neutral eyeshadow palette by Too Faced (yes, you can catch a glimpse of my sweater there in the mirror). A last-minute goodbye present from my sister, this palette has served me well during my travels in New Zealand. Contained in a compact, durable metal container, the shadows are the best I’ve ever worked with. Granted, I haven’t tried a huge range of eyeshadows, but I can assert that it’s better than my Stila In the Light palette by an order of magnitude, and it also outperformed the Naked 3 palette that I got to borrow for a few days (and it’s cheaper than both of those!). Usually in palettes like this, you’ll get one or two great shades, three or four average shades, and a couple of duds. But all of the shadows in this palette are soft, creamy, evenly pigmented, extremely easy to blend (even for someone who doesn’t really understand what blending is), and work well with each other. I really can’t say enough good things about it. 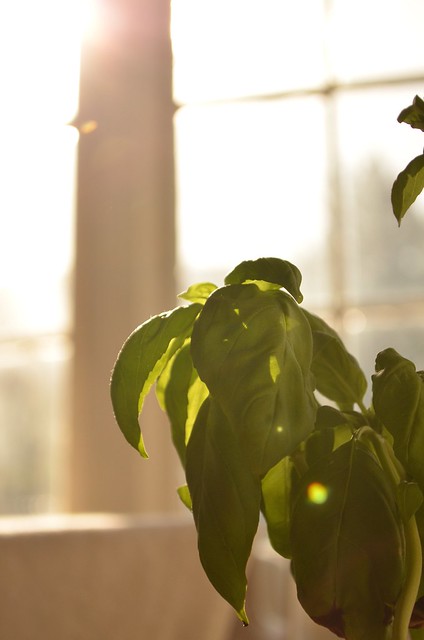 It may seem silly to include a photo of a basil plant, but houseplants & herbs don’t get enough credit in my opinion. Though I’m only staying in Wellington for a few weeks, I decided to buy a full basil plant, as opposed to a package of loose basil leaves, because the plant only cost $1 more. It’s green, it smells good, it enhances all manner of pasta dishes, and it really just ties the room together. In all seriousness, though, the presence of a plant is strangely calming, as it gives the impression of stability during transitory times. When I leave Wellington for the South Island, I’ll plant the little guy in one of the spare pots in the front yard. 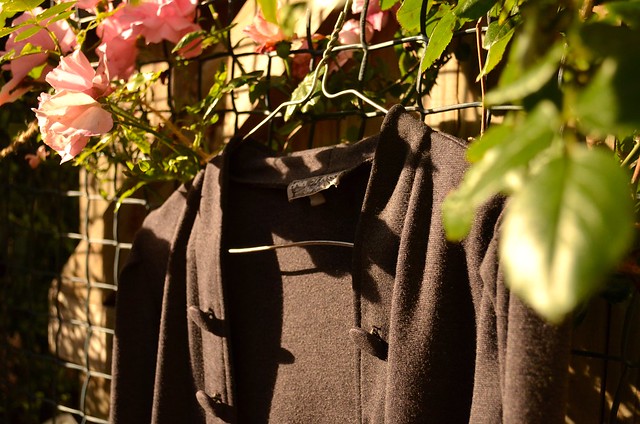 I think that my #1 clothing item for the past couple of years has been this little gray unstructured jacket. It goes with everything, can make a short-sleeved top winter appropriate, and is simultaneously tailored and casual. I wore it to classes at university, I wore it to work at the library, I wore it on the weekends, I’ve worn it 10,000 times in New Zealand alone. I bought it from Anthropologie, so I paid quite a bit for it, but it could not have been money better spent considering the fact that it has stood up to probably a hundred washes, if not more, and still looks almost perfect. Because it’s unstructured, it’s infinitely comfortable, and because it has no functional buttons, it complements any top or dress without overpowering it. Since I bought it at least two years ago, it’s no longer available, but something similar like this or this might fulfill the same purpose. 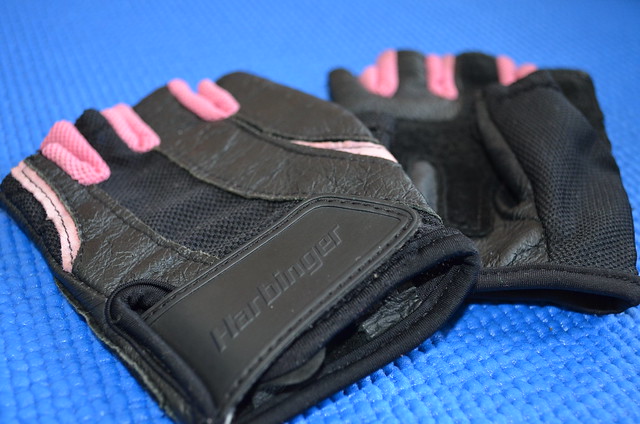 I think these were a belated Christmas gift from my mom in late 2013, but I can assure you that they were most thoroughly used this past year. Though technically biking gloves, I use them for yoga. I’ve been doing yoga casually for a few years, but always had trouble with my wrists when it came to downward dog and plank poses. I’ve found that these gloves greatly increase my “grip” on the yoga mat, and subsequently reduce my wrist pain. Knowing how commercialized yoga has become, I’m honestly surprised that yoga gloves haven’t been marketed as an essential accessory! Unlike $50 yoga mats and $20 foam blocks, these gloves are actually useful. 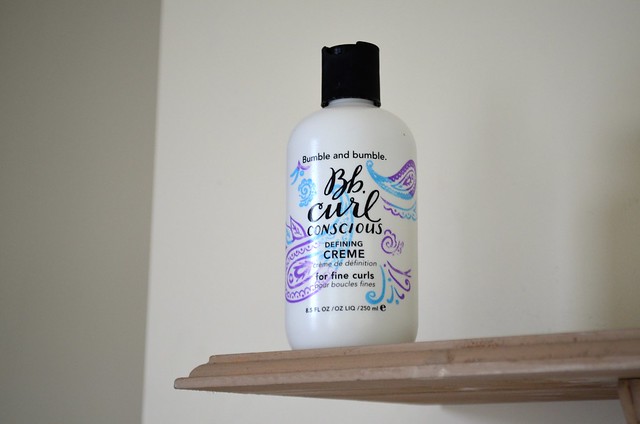 Alas, it’s another expensive beauty item, I’m afraid. Since it’s basically the only thing I use on my hair, though, I think it’s permitted. As you might remember, I officially stopped straightening my hair back in May, and I didn’t even bring my straightener with me to New Zealand! It may seem like a petty or superficial change, but not spending 20 minutes per day dragging my hair between two plates of burning metal has been a significant life improvement, let me tell you. Now, I just wake up, run my fingers through my hair, and apply some of this magic “defining” creme, which does what it says. It reduces frizz and makes my hair look less wild and random without weighing it down or making it look greasy. The whole thing takes about 2 minutes. In the United States, you can buy Bumble & Bumble products from Sephora; in New Zealand, I have no idea where to find them — so let’s hope my bottle lasts the whole year! 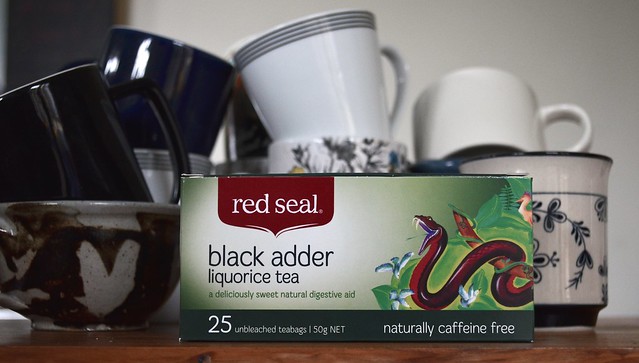 This was a completely random discovery — who thought that tea made from liquorice root and fennel seeds could taste so strangely delicious? Because it does. Taste strange, I mean. And unlike any tea I’ve ever tried. Just look at that poisonous adder intimidating all those poor tea cups. Red Seal teas are of really good quality and are usually only about $3 a box at grocery stores here in New Zealand. But in general, I’d highly recommend trying a liquorice tea if you haven’t before. 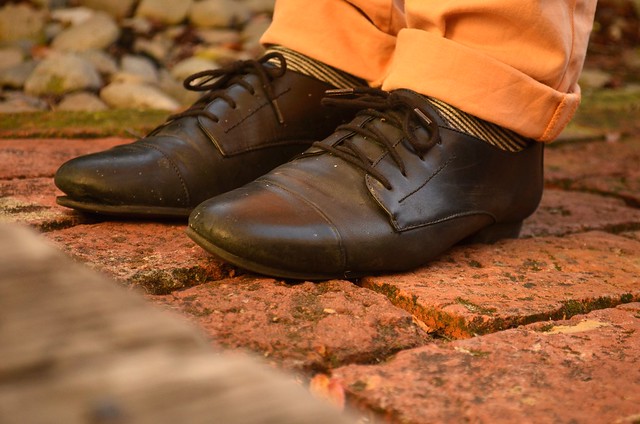 And finally, another pair of shoes! These beautiful black leather oxfords were a parting gift from my mother (my, aren’t we a dramatic family), and, as you can see, I’ve already worn them so much in the last 4 months that the sole on the right shoe is starting to detach. They are comfortable, unassuming, and go with everything. After tearing up my other pairs of casual “walking shoes” in Chicago’s harsh weather, I wanted something classic that I could wear every day without having to think about it. I’m not sure exactly how I settled on black oxfords, but I suspect it had something to do with Janelle Monae.

Which small things ended up being favorites of yours over the course of the last year?