We spent a week Whangarei, New Zealand’s northernmost major city, which admittedly might have been a little generous considering its most famous landmark is the Clock Museum. Nonetheless, Whangarei (like everywhere in New Zealand) is surrounded by forests and nature reserves, so we spent a significant chunk of our time there hiking.

Our first venture was a 2-hour hike through Tangihua Forest, which is accessible only after driving past hills filled with grazing sheep, a long gravel road, and an easy-to-miss brown sign. Because we got a late start, we opted for a more modest trail, the Whakapono Track, though we encountered a father and son who had nearly completed the longest path. 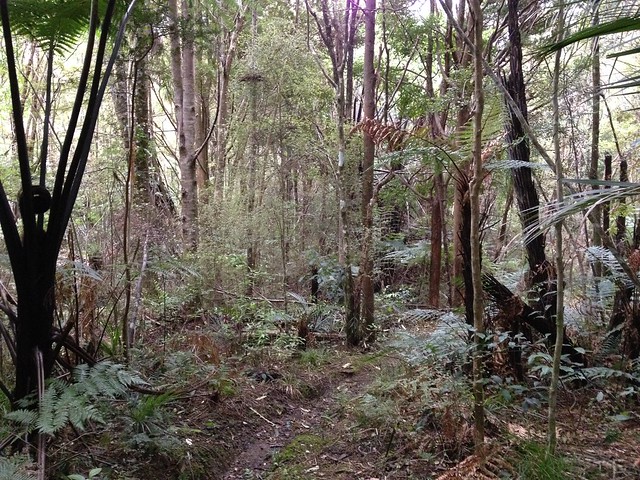 Tangihua is a good example of what New Zealand’s northern forests look like. They contain an eclectic mix of palms, ferns, conifers, shrubs, moss, and flowering plants. Because it rains frequently and the temperature rarely dips below freezing, the forests are lush, verdant, and brimming with all shades of green. 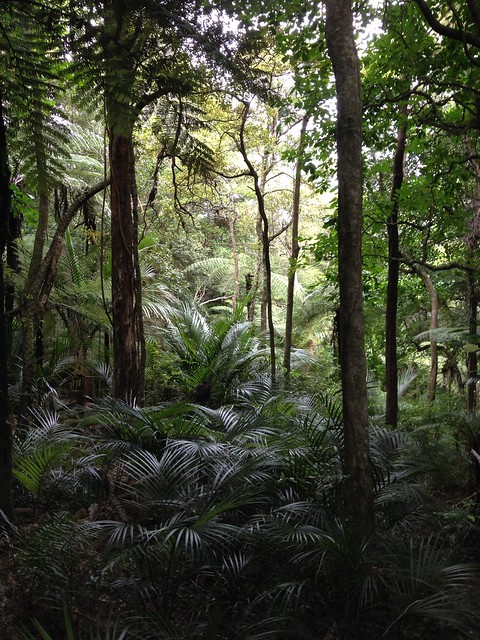 What’s more, because the vegetation is so dense, it’s almost impossible to detect noise from the surrounding farms. Apart from your own rustling footsteps, the only other sounds are the countless chortling calls from the birds living among the trees. In fact, there’s not much else in the way of wildlife in New Zealand’s forests; no snakes, no large mammals, and barely any poisonous insects. I’m still surprised and pleased each time I remember can walk through tall grass without fear. 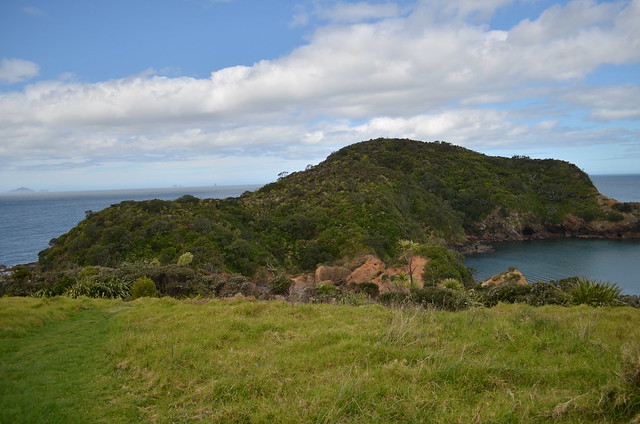 Our next day trip was to Tutukaka for the Lighthouse Walk along the coast. It was absolutely stunning. It’s a relatively short walk, but don’t be deceived — the steep ascent to the lighthouse is certainly a workout!

After a quick walk across the Tutukaka headland, there’s a sharp descent to the beach that separates the mainland from Kukutauwhao Island, where the lighthouse is located. 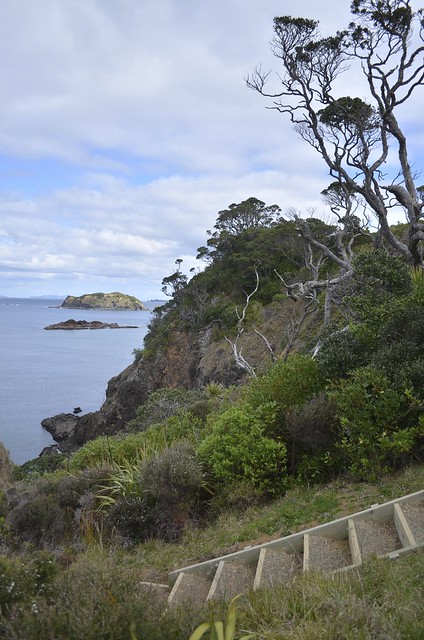 We paused for a few minutes to take in the beach and miniature harbor, which was filled with the most gorgeous azure-blue water. 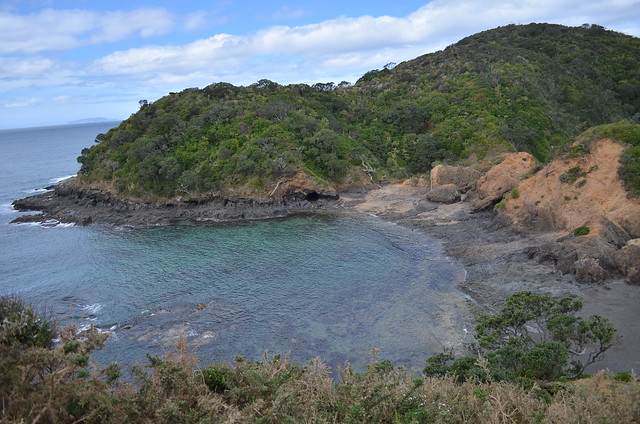 From there, we continued along the ascending slope to the “lighthouse,” which didn’t look exactly how I’d pictured. It’s basically just a lamp stuck on top of a white box, but, impressively, it’s powered entirely by solar panels. 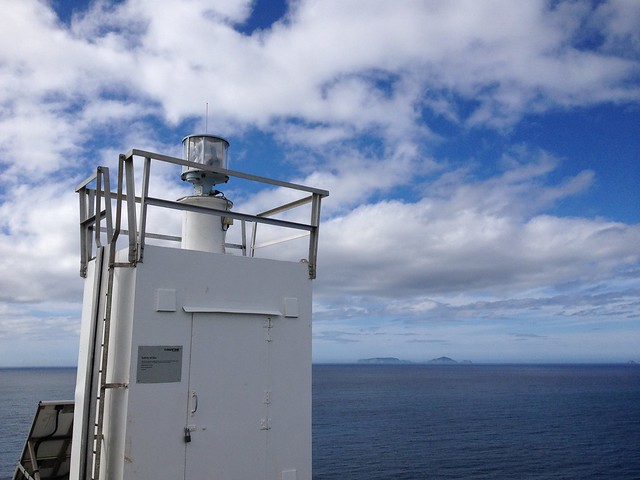 The surrounding views, however, were spectacular. 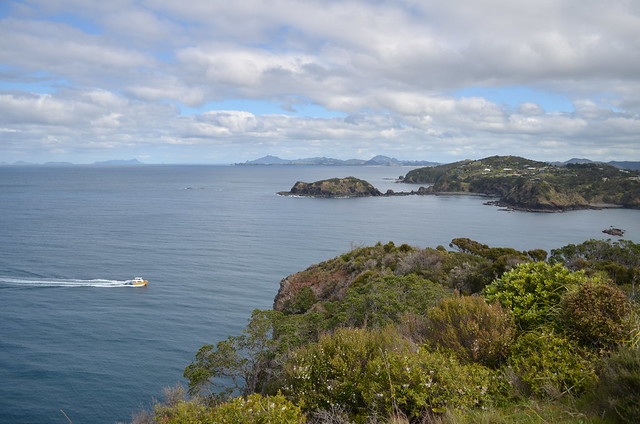 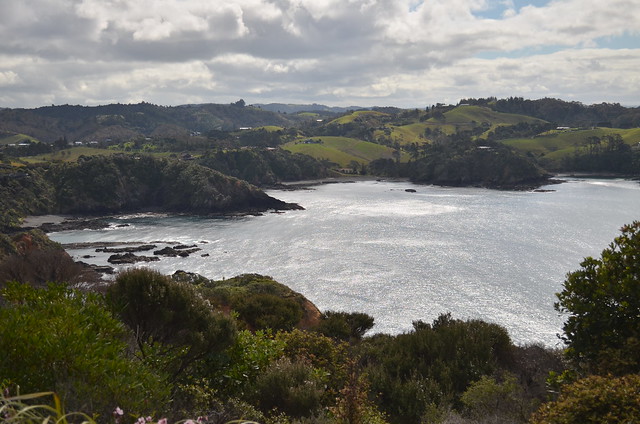 We took our time on the way back, stopping to sit at one of the many wooden benches to drink in the views. 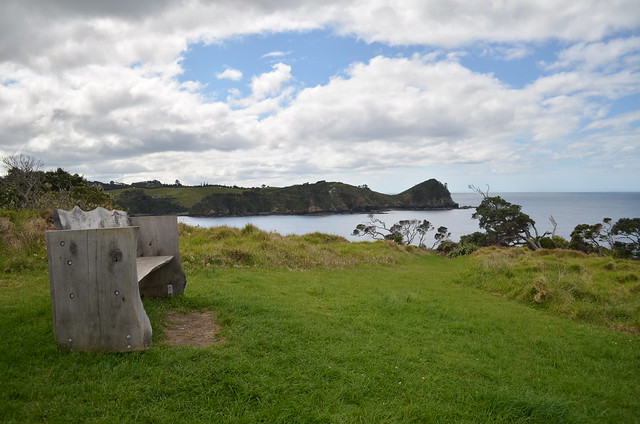 On the drive back to Whangarei, we stopped for takeaway fish ‘n’ chips in the cute little town of Ngunguru and had to defend our dinner from pesky seagulls. It was a day well spent!

Our final hike in Whangarei was also the longest, and certainly the most challenging. It’s the hike that finally convinced me that I needed a decent pair of hiking boots — my Asics just weren’t cutting it!

Pukenui Forest has two lengthy trails clocking in at 8.2 and 8.9 kilometers, respectively. We opted for the shorter and less steep trail, the Pukenui Forest Loop. If you decide to hike in Pukenui Forest, be mindful of the fact that the trailhead is accessed after passing through 3-4 fields that may or may not be filled with grazing cows and sheep! 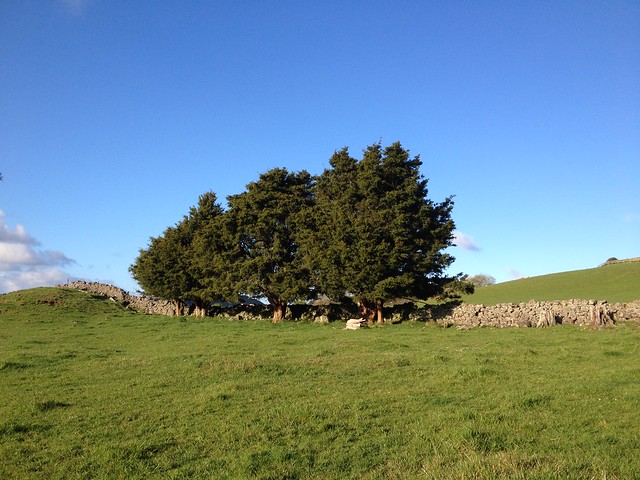 If we thought that our hike through Tangihua Forest was immersive, then our four-hour journey through Pukenui transported us to another dimension. It felt as though we had traveled back millennia to when dinosaurs roamed the earth. We were the only hikers in the entire forest, and the immense ferns, birds, and kauri trees, combined with the root-strewn path and babbling streams, made for a primordial experience. 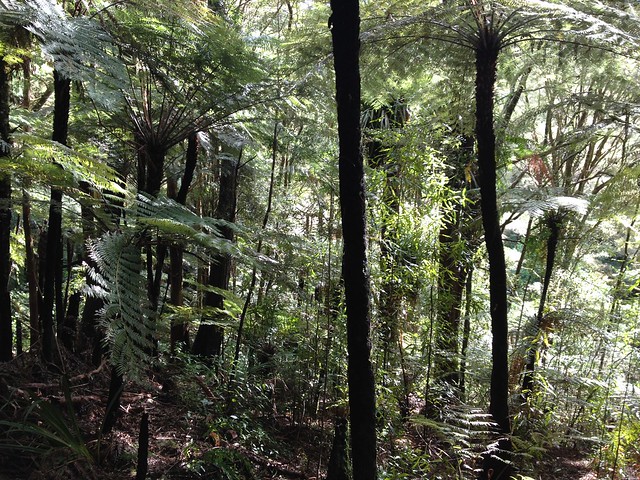 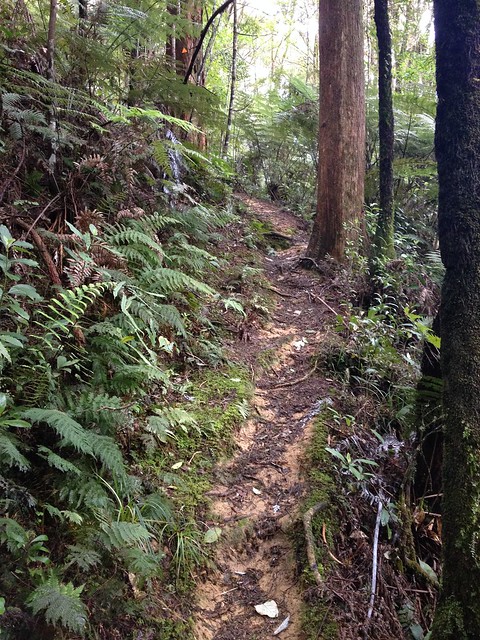 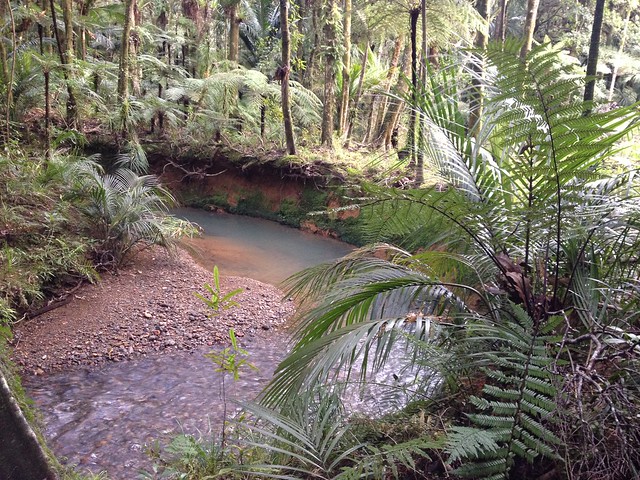 Like all of the forest areas we’ve seen, Pukenui was brimming with ferns. Most noticeable were the tall and slender black-trunked gully tree ferns, which dominate the following photo. Anytime you looked up, your view of the sky was mediated by radiating branches. 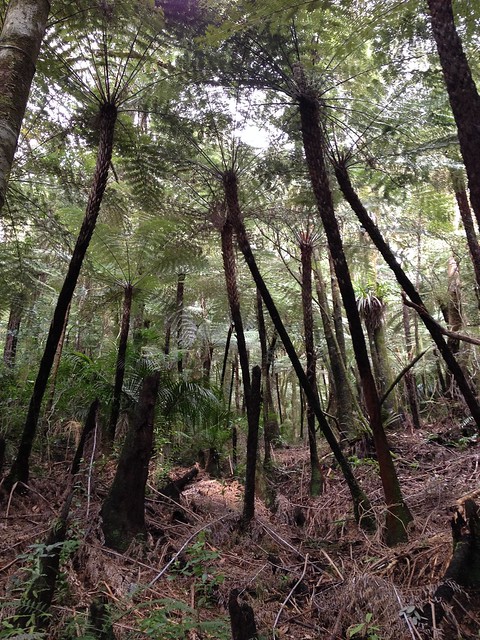 Apart from the ferns, the most common resident of the forest was the enormous, slightly iridescent wood pigeon, which flapped loudly as it flew from tree to tree.

Four hours, two granola bars, and 5 miles later, we emerged from the forest just as the sun started to set. The hills and fields were lit by crepuscular rays. It was the perfect, magical close to our strenuous hike through an unbelievable forest. 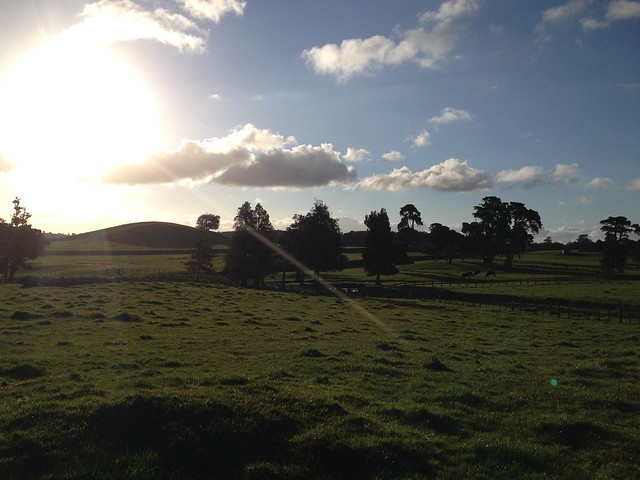 Photo credits: All taken by me with an iPhone 4s standard camera, with the exception of the photos from the Tutukaka Lighthouse Walk, which were taken by G. on a Nikon D5100.

7 thoughts on “A Trio of Hikes in Whangarei”