Excuse the week-long absence here on the blog & elsewhere. Greg and I successfully made it to New Zealand after a flurry of last-minute preparations! I’m planning to do a couple of comprehensive prep/packing posts, but for now, I just thought I’d share what we’ve gotten up to since we landed approximately 28 hours ago.

We took an overnight 12-hour flight from Los Angeles to Auckland, fell asleep on Friday night, and woke up on Sunday morning. Saturday, September 6 didn’t exist for us thanks to the International Date Line. For the first two nights, we’re staying with a cheerful and friendly Thai couple in a room booked via AirBnB. After we stowed our bags and took much-needed showers, we were invited to go to one of Auckland’s Sunday markets, an invitation that we promptly accepted! The market was bustling and we went a little crazy buying fruit, including a massive bag of kiwis for less than $1 USD! 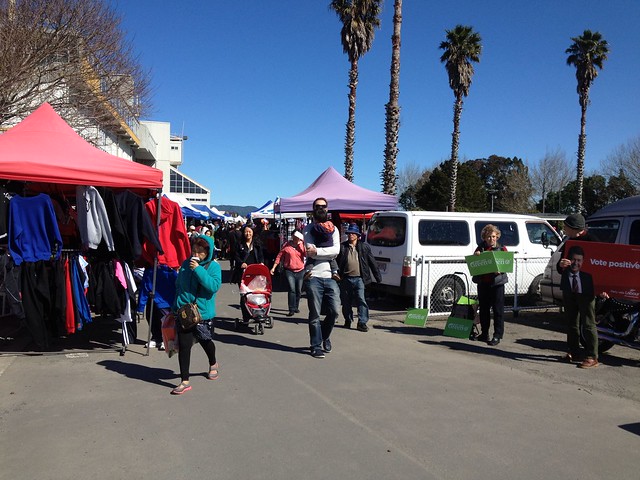 In the right side of the photo, you can see volunteers from two different political parties competing for everyone’s attention. New Zealand’s national election is coming up very soon, and there are banners everywhere advertising the candidates and their parties.

In the afternoon, we ventured out to the town of Mangere to buy some groceries at Pak ‘n Save. The food prices don’t seem that bad so far; they’re roughly comparable to Whole Foods, so luckily we’re fairly used to them having lived in Chicago!

After our grocery trip, we spotted what looked like a modest plateau in the distance. We spontaneously decided to see if we could get close enough to climb it. We had no idea what we were getting into… 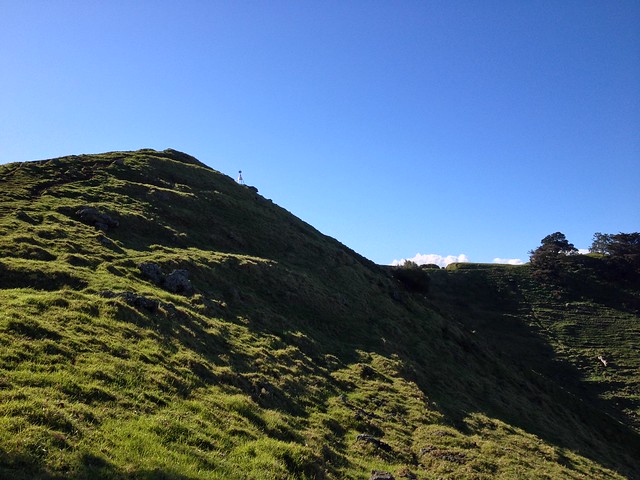 What looked like a plateau from afar turned out to be an elaborate volcano crater that erupted some 18,000 years ago. Now, cows graze on the lush green grass at its base and a series of paths have been worn onto the sides of the volcano from visitors eager to witness the panoramic views of Auckland. In its center is a lava dome, a unique feature that few volcanic sites share. 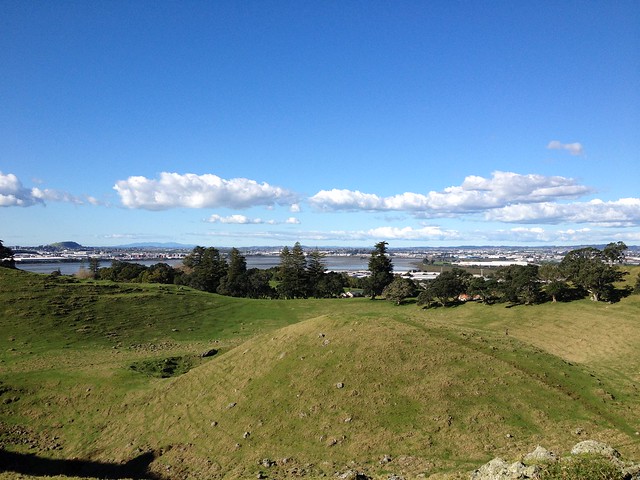 Known today as Mangere Mountain, the extremely fertile slopes of the volcano were terraced by the Māori and used to grow kūmara, among other crops. The terraces still decorate the outward slopes, giving the mountain a rippled appearance. True to its reputation, the 106-metre (~350 ft) mountain, in conjunction with the gorgeous sunny weather, afforded us spectacular views of New Zealand’s largest city. 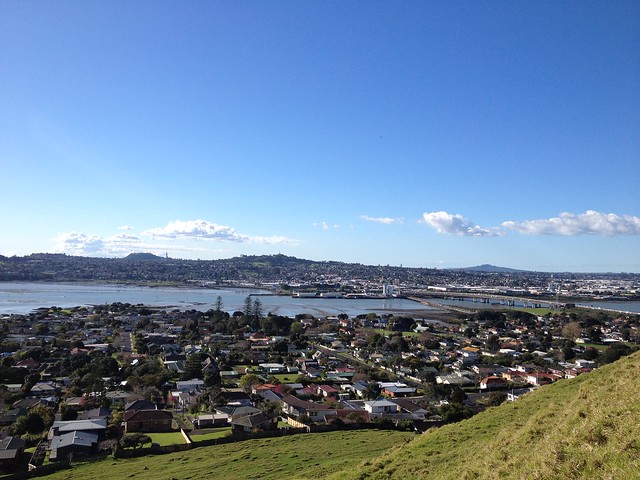 You’ll notice, perhaps, that many of the rooftops are tiled. It may seem like a small change from shingled roofs, but the tiles, along with the numerous palm and banana trees, lend a decorative, slightly tropical vibe to the city. There were beautiful trees growing along the rim of the volcano as well. 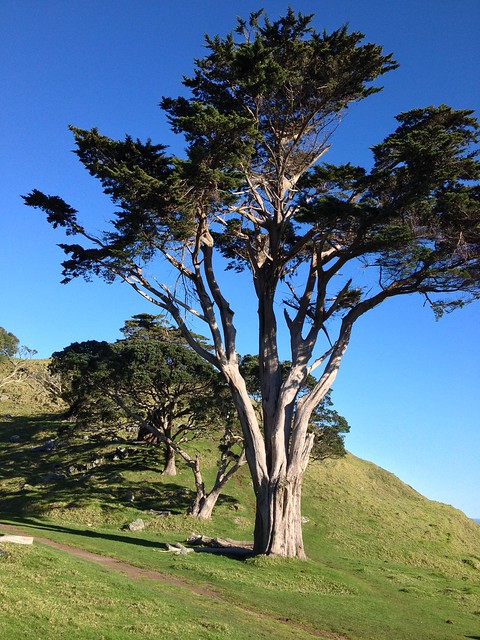 My favorite view was of the Mangere Lagoon, located just to the southwest of the mountain, and the outlying Manukau Harbor. The entire area was lush, green, and radiant in the early spring sun. 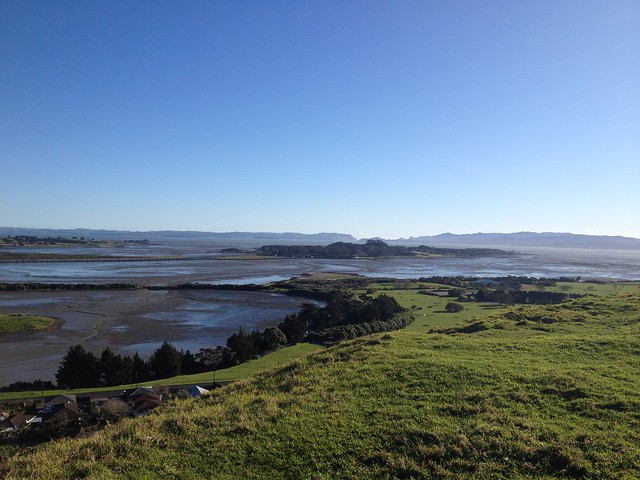 After our unexpected hike, we were utterly exhausted. Cue a 12-hour sleeping session! The benefit of feeling like you’re 7-8 hours “ahead” is that it’s very easy to wake up early.

I’m not sure what we’ll get up to today — but our first 28 hours in New Zealand have been nothing short of spectacular! More updates to come soon.

29 thoughts on “Day One in New Zealand”