Or, I suppose I ought to say “we.” Greg (alias G.), that initial that sometimes hangs out at the bottom of my posts and takes credit for my photos, is going to New Zealand, too.

In early September we’ll be flying to LAX and then straight on to Auckland. We’ll likely (I say “likely” because we’re chronic procrastinators with a distaste for concrete plans) stay in a private room at some Aucklander’s house for a week or two before either finding more semi-permanent accommodations or moving on to a smaller, less expensive city. We’re going to be in full-fledged tourist mode for that first fortnight, so if you’ve ever been to Auckland (or anywhere in New Zealand) let me know what I can’t miss!

Now, onto the questions that we’ve already fielded numerous times… 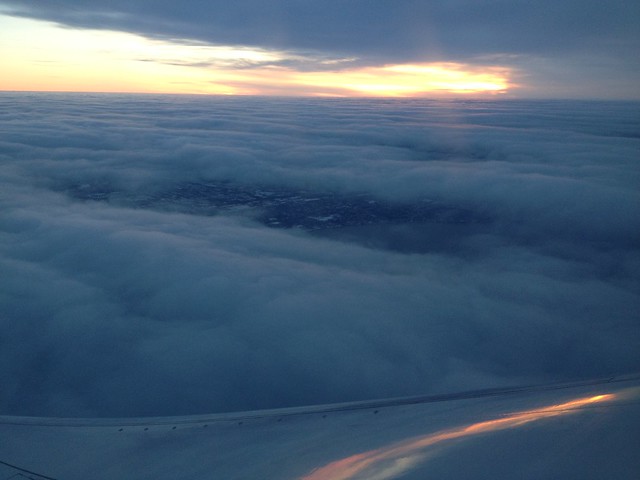 There are many ways to answer this question. It sounds corny, but we are driven primarily by our desire to seek out and integrate ourselves within a healthier society — or at least one not as psychotic as the United States’. While being born, raised, and educated in the U.S. has been a tremendous privilege, its disturbing characteristics are growing too obvious for us to ignore.

The United States was founded and shaped by the co-operating principles of capitalism (i.e., avarice) and independence (i.e., a twisted form of disaffected individualism), and the collusion of these two euphemisms has produced a staggeringly wealthy, yet also profoundly unequal and mentally distressed, country. Thoughtful criticism is frequently drowned out and delegitimized by excessive, extremist noise. Growth, work, and success via material gain are prioritized over everything else, creating a breeding ground for manipulation, low self esteem, and “corporate culture.” Reckless mindsets on education, health, social welfare, finance, and authority prevail, to the detriment of not only Americans, but the rest of the world. To take one simple, particularly salient example: It’s astonishing that in 2014 someone can break their arm and be denied treatment. Access to medicine is a right, but in the United States it’s traded like a consumer good. One should not profit off of others’ misfortunes.

Depending on your opinion of the United States, you might think that Americans either won the citizenship lottery, or scratched off a very, very unlucky ticket. Either way, it’s not anything that you chose. Do we expect New Zealand to be a utopia? No. It would be the height of foolishness to expect that moving to another country would magically eliminate all of the societal grievances we have. But at least moving there is an active choice, and it’s a choice that not many have the privilege to make.

Honestly? A big part of it is because they speak English. Shameful Americans that we are, we can’t speak any other language fluently. I spent time in Argentina and while I enjoyed it, not being able to communicate effectively left me feeling severely disenfranchised. Plus, it’s supposed to be freakin’ GORGEOUS, and the country’s quite a bit more socialist, and hopefully significantly less materialistic, than our own. I’ve heard that TV shows/cereal/basic consumer goods/fashion trends take a looooooong time to reach New Zealand. I hope that’s the case. We’ve had enough of this race-to-get-the-latest-version-of-the-iPhone mentality. It also has a lot to do with the availability of a working holiday visa (see below).

No, neither of us does. We have year-long working holiday visas — emphasis on holiday. We’re primarily supposed to be tourists, but we’ll likely hold a variety of short-term, minimum wage jobs. Many apples on many organic farms will be picked.

Answer: We saved. Though we will have to work while we’re there, of course. You’ve also got to keep in mind that 1) we don’t have cars, 2) we don’t own a home, and 3) marriage strikes us as a quaint (not to mention expensive!) institution. We don’t expect any of these things to change when we are in New Zealand.

Why NOT now? Seriously, the timing could not be more perfect. I’m 23, Greg’s 24, and if we don’t go now, then it’s highly likely that we’d NEVER go. And that would be sad indeed.

6). Be serious. Is this just because you’ve watched too many episodes of Flight of the Conchords?

In all seriousness, I’m incredibly excited. So much so that I’m already having trouble sleeping. We’re planning to see as much of the country as we possibly can, and, if all goes well, I might go on to graduate school in New Zealand (big hypothetical!!). I’m planning to post LOTS of pictures and stories about our travels right here on this blog. There’s a new “New Zealand!” category in the right sidebar AND a page just under the header where all of the posts will be archived. I hope that all of you will follow along! Cheers.