Last month I took what will  probably be my last trip to San Antonio, Texas for several years. I have mixed feelings about calling San Antonio my hometown (some of which overlap with the post I wrote about being born in Alabama), but it’s as close to a hometown as I’ve got. My dad was in the Air Force and as a result, I never spent more than three years in one place. In fact, I was really only in San Antonio during the last two years of high school. But I went back every summer and Christmas break while I was in college, and I have friends there who I will miss.

I want to further preface this by saying that I don’t consider this a “city guide” or anything like that. I can’t tell you the best restaurants in San Antonio, because most high schoolers don’t have a sizable disposable income that they can use toward finding new taco joints. Likewise, I can’t recommend any hotels, because… I lived in my house. But here are a few of the places that I frequented. 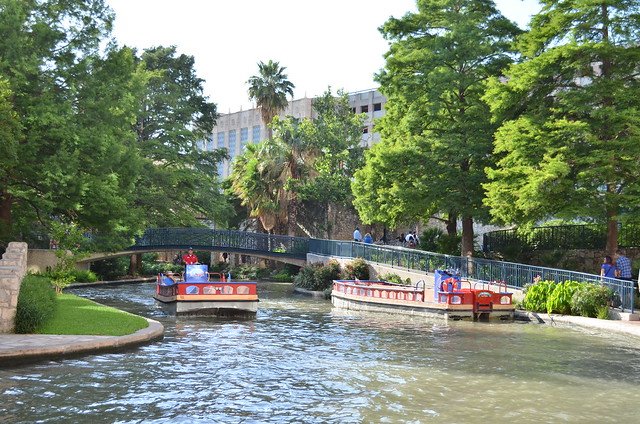 First, the Riverwalk, arguably San Antonio’s most famous attraction (next to the Alamo, of course). If you’re a tourist, you will certainly enjoy this excessively tourist-y area, lined as it is with bars, restaurants, and shops. But even locals head down to the Riverwalk from time to time. It’s always loud and cheerful, and the bright blue-and-red tourist boats aren’t all that annoying. It’s green year-round, and it’s located smack-dab in the middle of downtown San Antonio next to all of the other important attractions. 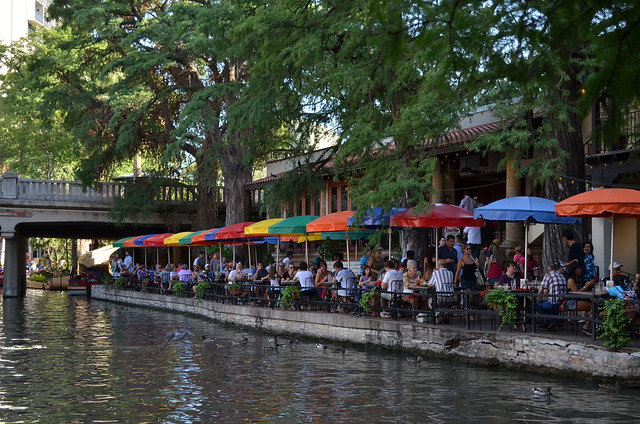 People often ask me why the Riverwalk exists. Well, that’s what they mean, anyway. Obviously in drought-ridden South Texas, a river this size wouldn’t flow year-round. The San Antonio River was a natural river at one point, but after a deadly flood in the 1920s, city officials started clamoring for flood gates and the like. But the Riverwalk as people know it today didn’t come to fruition until 1939, when a funding package from the Works Progress Administration made possible the construction of walkways and bridges. In other words, the Riverwalk is one of the most successful New Deal projects and a relic of the Great Depression. 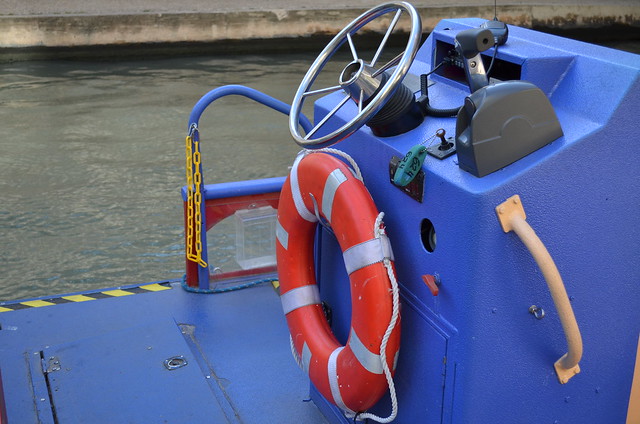 Patriotism is palpable in San Antonio. And not just for the United States; there’s a healthy (or unhealthy, depending on your perspective) amount of both Texas and city pride as well. I remember that some radio station made a San Antonio version of Patrick Stump’s “This City is My City” and it was all that got played, everywhere, for weeks. 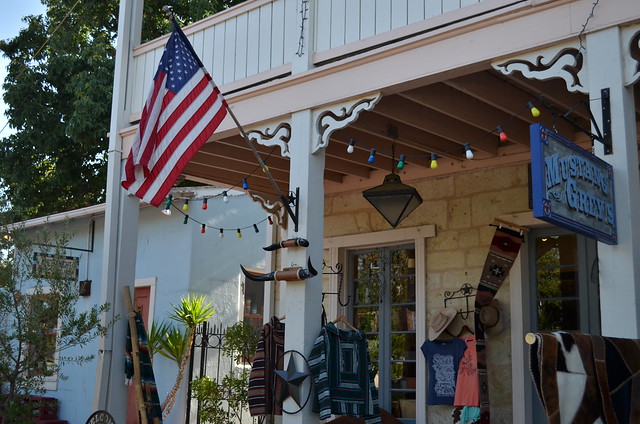 Dallas is probably the most gung-ho cowboy city in Texas, but there is a fair share of that culture in San Antonio, too. The above photo is one of the cuter versions of that. I did know people in high school who wore cowboy boots, and I understood why they wore them, so imagine my surprise when I moved to Chicago and discovered that cowboy boots were a hipster fashion item! 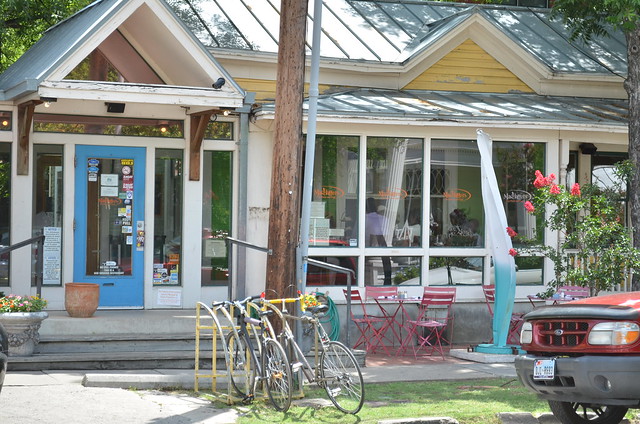 Speaking of hipsters, Madhatters Tea House & Cafe is about as close as you can get in San Antonio, though little pieces of downtown are slowly being taken over by cutesy shops and quaint restaurants. Anyway, call it what you will, but the tea and food at Madhatters are delicious. Apart from Madhatters, I can recommend Taco Cabana for cheap, express TexMex and El Chapparal for genuine Mexican. Oh, and the dollar movie theater near Bandera Road and 1-10 if you want to catch that film that you juuuuust missed seeing at Silverado. 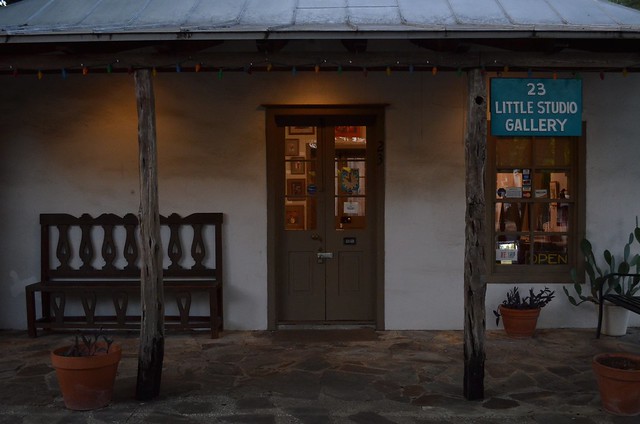 Let us return to the Riverwalk, shall we? My favorite part of the Riverwalk is just past the outdoor Arneson River Theatre and a hop across the street from Hemisphere Park. La Villita, or little village, is charming, light-strewn, and artistic. The best time to go is during Christmas, in my opinion. In fact, the entire Riverwalk is gorgeous during the Christmas season because they put up beautiful sparking lights everywhere. Even though it was June, not December, when I took these photos, you’ll still see lots of lights about. 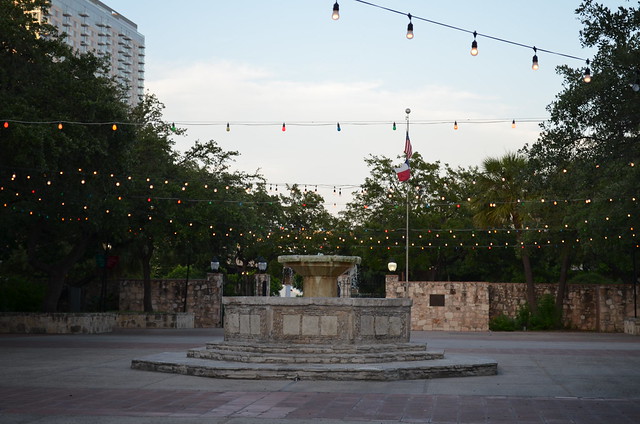 La Villita is filled with artists’ shops. You will find beautiful, genuine mementos here – not the tacky stuff they sell at the airport (which, I will admit, can be lots of fun). 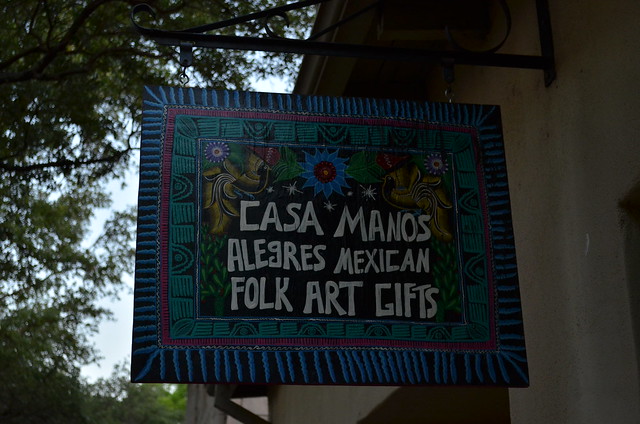 Though if you are looking for that genuine Texas experience, the Texas Ranger Museum will probably do ya just fine. 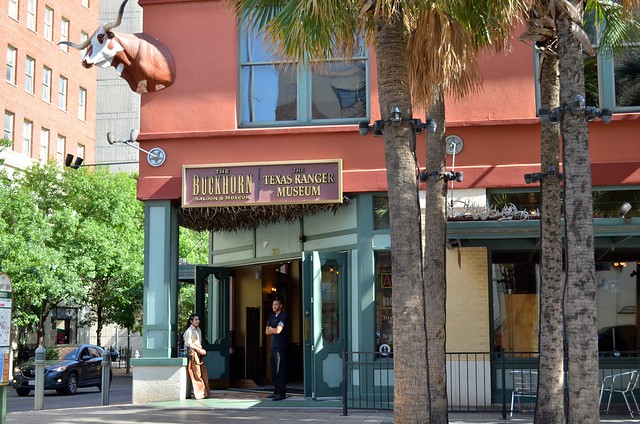 And never fear – you can spot cowboys everywhere. 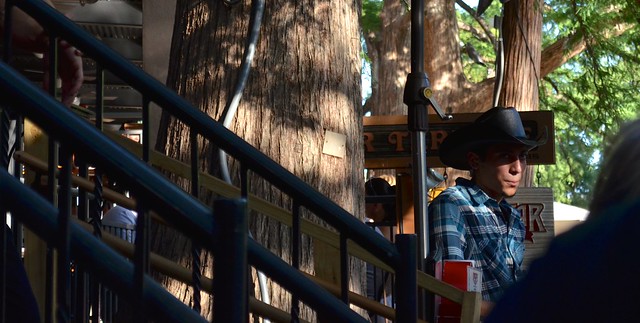 Just watch out for the Segway tourists. 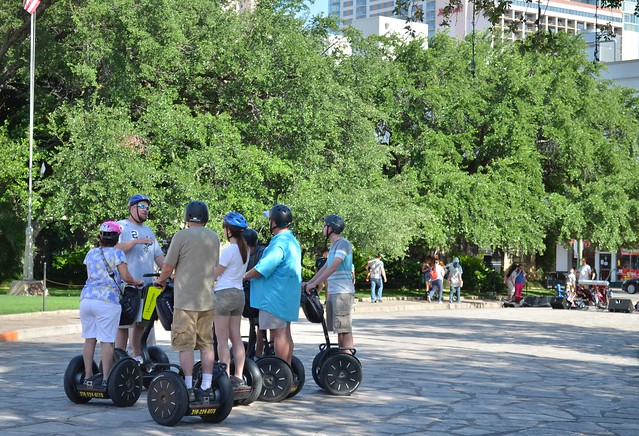 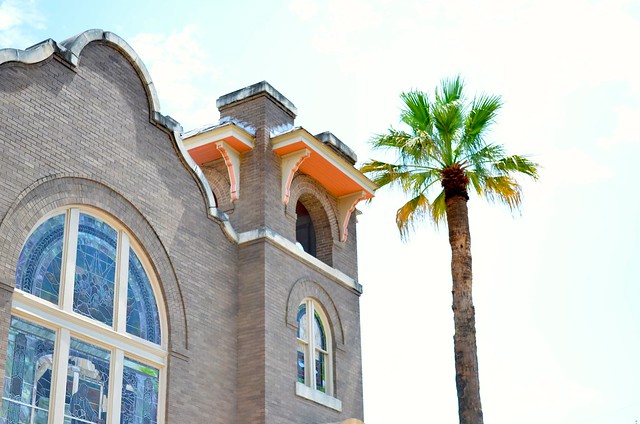 The day I took these photos, I was reminded how much sweat my body can produce. My face felt like it was melting off! I returned to Chicago with more freckles, a slight farmer’s tan, and a bag full of limes. (Food is so much cheaper in Texas. Didn’t you know?) 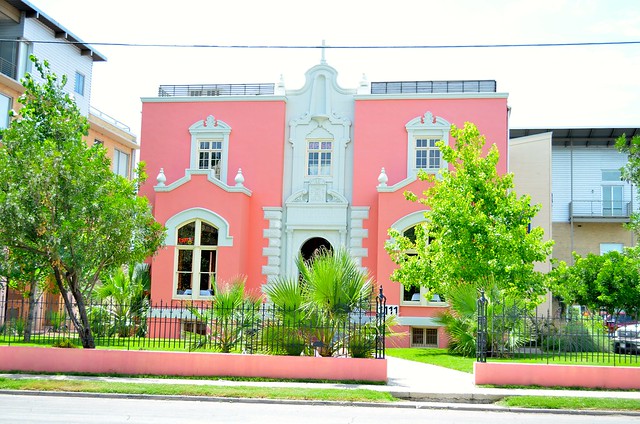 If I were being honest, this post would include several photos of La Cantera, the luxe shopping mall next to Six Flags, along with pictures of my high school, O.P Schanabel Park, the bike trail behind Wal-Mart, and Half-Price books. And the new giant HEB grocery store on Bandera Road. But those things aren’t exactly prime tourism material. What can I say? The way people actually live in a given place usually differs substantially from the perception of that place. 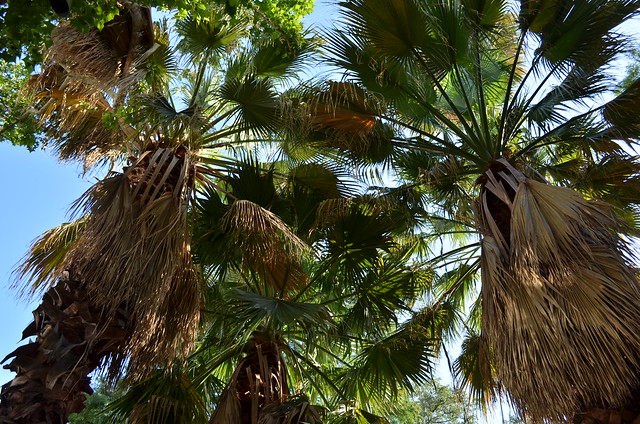 Yes, there are lots of palm trees lining the Riverwalk and the upscale shopping centers, but the natural topiary is significantly grayer and spinier (hello, mesquite trees). People do eat a lot of Mexican food, but the biggest food trend is probably breakfast tacos, a TexMex invention as far as I know. San Antonio gets a bad rap because it’s in the heart of Texas, but my Texas high school was far more liberal – not to mention better organized and more academically challenging – than the one I attended in southern Illinois. Many of my friends are doing things that you wouldn’t necessarily expect: one got her nursing degree and lives in Portland; another plays classical violin and is backpacking in Rome at the moment; another studied mechanical engineering and idolizes Richard Feynman;  yet another is involved with a progressive political non-profit dedicated to mobilizing young voters in San Antonio. My point is… well, you get my point. 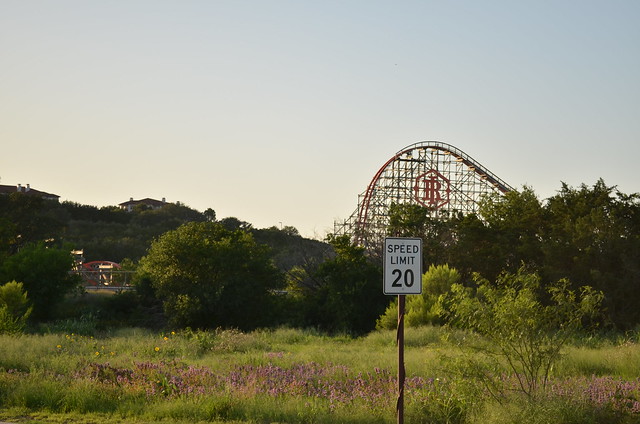 One other thing before I wind this down. If you do ever find yourself in San Antonio, make sure you rent a car (you will absolutely need one to get around) and drive through the hills in Helotes. They are breathtaking.

I’m a little surprised to admit that I’m going to miss San Antonio. It has its faults, but so does everywhere else, and it wasn’t a half-bad place to grow up after all.

P.S. Many, many thanks to my friend Adam for being the definition of patience and driving me all over San Antonio to get the pictures I wanted.

34 thoughts on “Postcards from San Antonio”