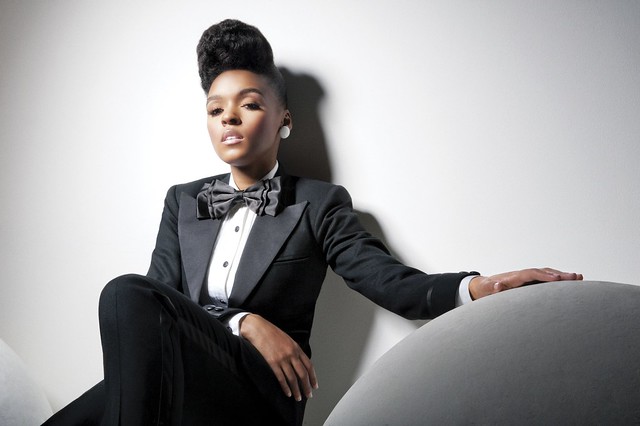 Although I like music, I don’t get super excited by it very often. For the past 7 years or so, my favorite musician has stayed the same: the luminous, enchanting, and out-of-this-world talented Janelle Monae.

To put it simply, Janelle has the whole package; she’s every inch the performer. Her look is crafted, from her polished bouffant to her sleek black tuxes and crinkled bowties. She doesn’t just write music; she releases conceptual albums where each song flows into the next. Her mercurial, yet smooth and powerful voice changes on every song. Her lyrics contain no hackneyed phrases, and the production value of everything she does is enormous. On top of all of that, she is absolutely fantastic live. 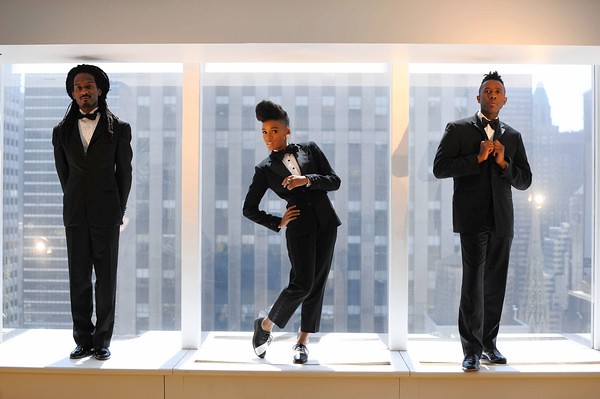 I’ve seen Janelle perform live exactly once, for a mere 20 minutes in the late summer of 2011. But it’s an experience I’ll never forget. Her booming voice and kinky yet astonishingly energetic dance moves filled the huge auditorium. Every piece of the performance was flawlessly executed, from the synchronization of the backup dancers to the accompanying conceptual video footage to the bundle of energy and joy that was Janelle herself. I get furious when people who can’t even sing earn millions of dollars thanks to their looks plus some clever advertising. In the midst of the dregs of the American music machine, Janelle’s talent radiates. 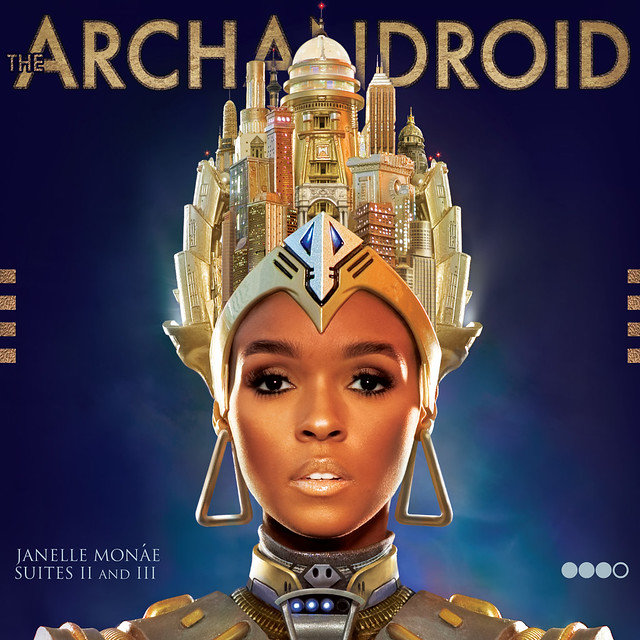 Though Janelle just released a new album, The Electric Lady, in September of last year, her first studio album, The ArchAndroid, remains my favorite. It’s a dazzling musical experience; each song is unique and there are no throwaways (Janelle would never compromise her artistic integrity by releasing a sub-par song).  From the soft, melodious “Oh, Maker” to the spasmodic and zombie-inspired “Come Alive (War of the Roses),” each song is a tour-de-force that showcases her vocal talent and creative compositional ability. (Hyperlinks to each song included – just click).

That said, I think that possibly my favorite Janelle Monae song of all time is “Q.U.E.E.N.” from her new album. Be sure to watch the video–you will see what I mean when I say her style is simultaneously eclectic and supersmooth. The ending of the song always gives me goosebumps.

To top it all off, I’ve read a handful of interviews with Janelle, and she’s always articulate. She readily identifies as a feminist, and has said “I want to redefine the whole notion of what sexy is.” I mean, the lady owns her own recording label and has creative control over everything. Some people don’t “get” the tuxedos she always wears, but I heard her explain it in a radio interview once:

I grew up to very hard working-class parents. My mom, her last occupation, she was a janitor; my dad was a trash man, and my stepfather who treated me just like his own, he worked at the post office. So they wore uniforms every single day. My grandmother also served food for 25 years at the county jail. And so when I was coming up with, you know, my fashion and trying to figure how I wanted to be presented as an artist, I decided to create a uniform. And it’s black and white, and it’s to pay homage to them, to remind me that the hard work that they did for the community, I have to keep it up, and continue that legacy through  music and through art.

Janelle Monae is beautiful from every direction. I hope you listen to a few of her songs, and remember–if there’s one you don’t like, there’s a huge chance you’ll adore another one.