On Saturday, it was 80 degrees and I played tennis outside. On Sunday, a thick wave of fog rolled in from Lake Michigan, enshrouding buildings,  coiling around trees and lampposts. Then last night it started snowing. Flurries in the middle of April? There’s no such thing as strange weather in Chicago. 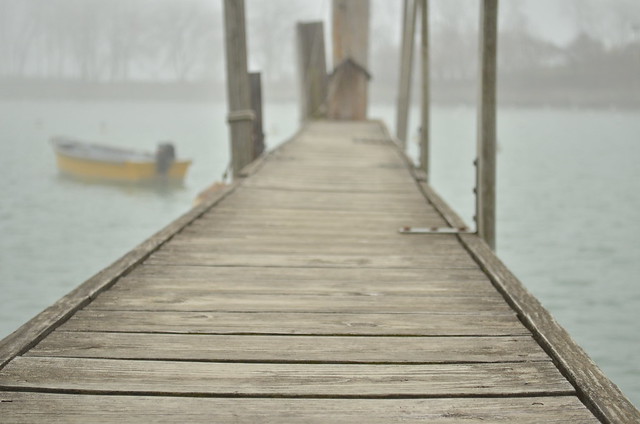 I find fog delightful. There’s something comforting about its haziness; you get the sense that you can hide among the closely-packed water droplets. It also reminds me, however vaguely, of when I lived in California. Sometimes the fog would get so thick that you could barely make out the houses across the street. And once, when driving home in Illinois, a fog storm rolled in, and I had to concentrate on the bright yellow line on the side of the road to avoid succumbing to the mist. 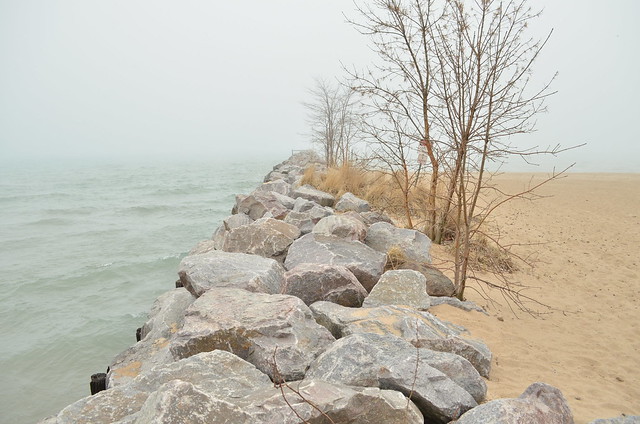 If you’re not referring to the weather, “fog” takes on another connotation–one of bewilderment, confusion, and uncertainty. But that’s not how chilly mist makes me feel; if anything, fog has a clarifying effect on my mind. Perhaps it’s because you have no choice but to pause and wonder at the whipped vapor that calmly diffracts the light, casting a gentle pallor over everything. Fog is a break from sunshine, from rain, from snow and sleet and storms. 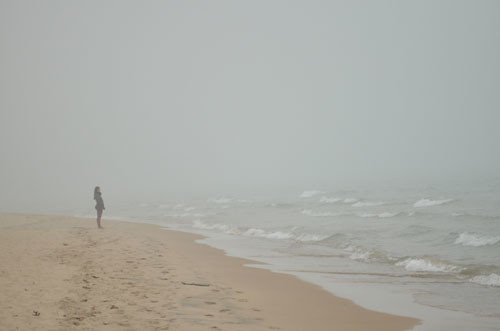 And so there I am, staring out over Lake Michigan, breathing in the drizzled air and wondering where lake meets sky.

All photos by G.